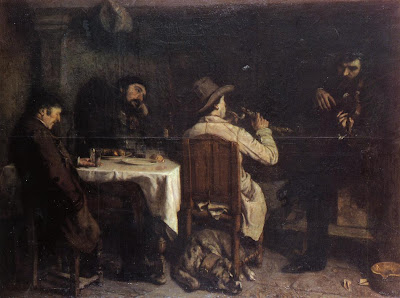 We tend to think of the past century as being a time of great progress when it comes to the quality of life -- for ordinary people as well as the privileged. Advances in science, technology, and medicine have made life more secure, predictable, productive, educated, and healthy. But in what specific ways is ordinary life happier or more satisfying for ordinary people in 2000 compared to their counterparts in 1900 or 1800 -- or the time of Socrates, for that matter?

There are a couple of things that are pretty obvious. Nutrition is one place to start: the mass population of France, Canada, or the United States is not subject to periodic hunger, malnutrition, or famine. This is painfully not true for many poor parts of the world -- Sudan, Ethiopia, and Bangladesh, for example. But for the countries of the affluent world, the OECD countries, hunger has been largely conquered for most citizens.

Second, major advances in health preservation and the treatment of illness have taken place. We know how to prevent cholera, and we know how to treat staph infections with antibiotics. Terrible diseases such as polio have been eradicated, and we have effective treatments for some kinds of previously incurable cancers. So the basic health status of people in the affluent twenty-first century world is substantially better than that of previous centuries -- with obvious consequences for our ability to find satisfaction in life activities.

These advances in food security and public health provision have resulted in a major enhancement to quality of life -- life expectancy in France, Germany, or Costa Rica has increased sharply. And many of the factors underlying much of this improvement are not high-tech, but rather take the form of things like improvement of urban sanitation and relatively low-cost treatment (antibiotics for children's ear infections, for example).

So living longer and more healthily is certainly an advantage in our quality of life relative to conditions one or two centuries ago.

Improvements in labor productivity in agriculture and manufacturing have resulted in another kind of enhancement of modern quality of life. It is no longer necessary for a large percentage of humanity to perform endless and exhausting labor in order to feed the rest of us. And because of new technologies and high labor productivity, almost everyone has access to goods that extend the enjoyment of life and our creative talents. Personal computing and communications, access to the world's knowledge and culture through the Internet, and ability to travel widely all represent opportunities that even the most privileged could not match one or two centuries ago.

But the question of life satisfaction doesn't reduce to an inventory of the gadgets we can use. Beyond the minimum required for sustaining a healthy human body, the question of satisfaction comes down to the issue of what we do with the tools and resources available to us and the quality of our human relationships. How do we organize our lives in such a way as to succeed in achieving goals that really matter?

). Each person has a bundle of talents and capabilities. These talents can be marshalled into a meaningful life plan. And the satisfying life is one where the person has singled out some important values and goals and has used his/her talents to achieve these goals. (This general idea underlies J. S. Mill's theory of happiness as well in Utilitarianism

By this standard, it's not so clear that life in the twenty-first century is inherently more satisfying than that in the eighteenth or the second centuries. When basic needs were satisfied -- nutrition, shelter, health -- the opportunities for realizing one's talents in meaningful effort were no less extensive than they are today. This is true for the creative classes -- obviously. The creative product of J. S. Mill's or Victor Hugo's generation was no less substantial or satisfying than our own. But perhaps it is true across the board. The farmer-gardener who shapes his/her land over the course of a lifetime has created something of great personal value and satisfaction. The mason or smith may have taken more pride and satisfaction in his life's work than does the software programmer or airline flight attendant. The parent who succeeded in nurturing a family in 1800 County Cork may have found the satisfactions as great or greater than parents in Boston or Seattle today.  (Richard Sennett explores some of these satisfactions in The Craftsman

So we might say that the chief unmistakable improvement in quality of life in the past century is in the basics -- secure nutrition, improved health, and decent education during the course of a human life. And the challenge of the present is to make something meaningful and sustaining of the resources we are given.
Posted by Dan Little at 11:54 AM