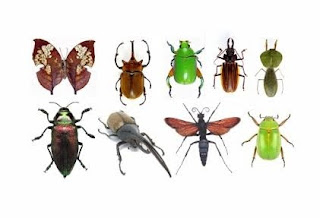 Insect (df): a class within the arthropods that have a chitinous exoskeleton, a three-part body (head, thorax, and abdomen), three pairs of jointed legs, compound eyes, and two antennae.

What is involved in offering a definition of a complex social phenomenon such as "fascism", "rationality", "contentious politics", "social capital", or "civic engagement"? Is there any sense in which a definition can be said to be correct or incorrect, given the facts we find in the world? Are some definitions better than others? Does a definition correspond to the world in some way? Or is a definition no more than a conventional stipulation about how we propose to use a specific word?

There are several fundamental questions that need answering when we consider the meaning of a term such as "fascism" or "contentious politics". What do we intend the term to refer to?  How is the term used in ordinary language?  What are the paradigm cases? What are the ordinary criteria of application of the term -- the necessary and sufficient conditions, the rules of application? What characteristics do we mean to pick out in using the term? What is our proto-theory that guides our use and application of the concept?

From the scientific point of view, the use of a concept is to single out a family of objects or phenomena that can usefully be considered together for further analysis and explanation. "Metals" are a group of materials that have similar physical properties such as conductivity and ductility. And it turns out that these phenomenologically similar materials also have important underlying physical properties in common, that explain the phenomenological properties. So it is possible to provide a physical theory of metals that unifies and explains their observable similarities. The scientist's interest, then, is in the phenomena and not the concept or its definition.

In order to investigate further we need to do several kinds of work. We need to specify more exactly what it is that we are singling out. What is "civic engagement"?  Does this concept single out a specific range of behaviors and motivations? Would we include a spontaneous gift to a fund for a family who lost their home to a fire "civic engagement"? What about membership in a college fraternity? So we have to say what we mean by the term; we have to indicate which bits of the world are encompassed by the term; and perhaps we need to give some reason to expect that these phenomena are relevantly similar.

Several semantic acts are relevant in trying to do this work. "Ostension" is the most basic: pointing to the clear cases of civic engagement or fascism and saying "By civic engagement I mean things like these and things relevantly similar to them." If we go this route then we put a large part of the burden of the semantics in the world and in the judgment of the observer: is this next putative example of the stuff really similar to the paradigm examples?

But there is also an intensional part of the work: what do we intend to designate in pointing to this set of paradigm cases? Is it the motivation of the activity, the features of social connections involved in the activity, or the effects of the activity that are motivating the selection of cases? Is fascism a kind of ideology, a type of social movement, or a type of political organization? These questions aren't answered by the gesture of ostension; rather, the observer needs to specify something about the nature of the phenomena that are intended to be encapsulated by the concept.

Once we have stipulated the extension and criteria of application of the term, we can then take a further step and offer a theory of this stuff. It may be a theory in materials science intended to explain the workings of some common characteristics of this stuff -- electrical or thermal conductivity, melting point, hardness. Or it may be a social theory of the origins and institutional tendencies of the stuff (fascism, social movements, civic engagement). Either way, the theory goes beyond semantics and makes substantive empirical statement about the world.

In order to support empirical research, theoretical concepts need somehow to be related to the world of observation and experience.  An important activity is “operationalizing” a theoretical concept. This means specifying a set of observable or experimental characteristics that permit the investigator to apply the concept to the world. But the operational criteria associated with a concept do not exhaust its meaning, and different investigators may provide a different set of operational criteria for the same concept. And a specific scheme of operationalization of a concept like "social capital" or "civic engagement" may itself be debated.

The idea of a "natural kind" arises in the natural sciences. Concepts like metal, acid, insect, and gene are linguistic elements that are thought to refer to a family or group of entities that share fundamental properties in common. Kinds are thought to exist in the world, not simply in conceptual schemes. So having identified the kind, we can then attempt to arrive at a theory of the underlying nature of things like this. (It is an important question to consider whether there are any "social kinds;" in general, I think not.)

These reflections raise many of the intellectual problems associated with defining a field of empirical research in the social sciences.  Research always forces us to single out some specific body of phenomena for study.  This means specifying and conceptualizing the phenomena.  And eventually it means arriving at theories of how these sorts of things work.  But there is a permanent gap between concept and the world that means that certain questions can't be answered: for example, what is fascism really?  There are no social essences that definitions might be thought to identify.  Instead, we can offer analysis and theory about specific fascist movements and regimes, based on this or that way of specifying the concept of fascism.  But there is nothing in the world that dictates how we define fascism and classify, specify, and theorize historical examples of fascism.  The semantic ideas of family resemblance, ideal type, and cluster concept work best for concepts in the social sciences.
Posted by Dan Little at 9:06 AM

Hi Daniel -- an excellent read, as always. Are you referring to the work of Barry Barnes and others (Martin Kusch) in the Sociology of Scientific Knowledge (SSK, Strong Programme) on natural kinds and social kinds? If not, you just reinvented their typology of N- and S-kinds! To which they added A-kind. I can throw some references in if you like.

François, Thanks for the comment and the references. No, I wasn't thinking of Barnes and Kusch. It's a view I've advocated for a long time -- for example, in "A Better Social Ontology" http://understandingsociety.blogspot.com/2009/01/better-social-ontology.html
It would be great if you could provide some references. I'm curious about how he defines the S and A kinds. Dan

Hi there, I need some information on dynamic social phenomenon. I have an assesment for a course I am studying and I cannot for the life of me find anything on google search. If you can direct me to the right place that would be greatly appreciated. Thank you

Probably need to narrow this question down, since in some sense all social phenomena are "dynamic". Sometimes people are thinking of complexity theory and chaos theory; you might click the tag "complexity" to see a few posts along these lines. The Santa Fe Institute is a center for research on complex systems. Another theme involved in "dynamic" is "non-equilibrium systems"; there is an interesting post here on equilibrium reasoning. And sometimes "dynamic" refers to "multiple interrelated caussal processes" -- again, a topic discussed frequently here in talking about causal mechanisms. Good luck.

MiGi, Here is a post that discusses several of the SSK sources that Fr. mentioned.

You might also follow the "conceptual schemes" thread for more references around the topics of social construction and sociology of knowledge. Peter Berger, Neil Gross, Charles Camic, ...: