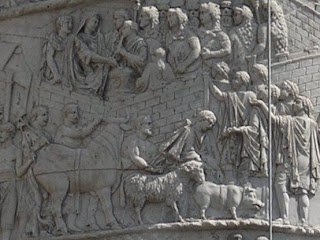 How does a sociologist define and conceptualize a subject for research and investigation? And how does a research tradition -- a group of scholars linked by training, scholarly interaction, and mentorship -- do the same thing?  What is the intellectual work that goes into framing an empirical and theoretical conception of a group of related social phenomena -- cities, racism, economic growth, feudalism, or power?

These questions force consideration of several different intellectual acts: selection, conceptualization, and explanation.  Selection has to do with singling out one domain of phenomena for extended empirical and theoretical study.  Conceptualization has to do with providing some intellectual structure in terms of which we can analyze and characterize the phenomena in this domain.  And explanation has to do with discovering meanings, causes, structures, processes, and active social relationships, through which the features of this aspect of the social world takes on the empirical shape that it displays.

I have always thought that Weber had a particularly advanced understanding of this fundamental problem of the social sciences.  His essays on methodology, collected in Methodology of Social Sciences

, provide some very interesting thoughts about this set of questions. His essays are primarily aimed at laying out the program of the group of "social economists" who were in the process of defining the research agenda of the Archiv fur Sozialwissenschaft und Sozialpolitik.  But his analysis has general relevance to the problem of defining a social-science research agenda.

One question that Weber raises in these essays is the role that the scholar's values play in his or her selection of a subject matter and a conceptual framework.  "The problems of the social sciences are selected by the value-relevance of the phenomena treated. … Together with historical experience, it shows that cultural (i.e., evaluative) interests give purely empirical scientific work its direction" (21, 22). And again: "In the social sciences the stimulus to the posing of scientific problems is in actuality always given by practical 'questions'. Hence the very recognition of the existence of a scientific problem coincides, personally, with the possession of specifically oriented motives and values" (61).

This point about selectivity and the role of values in the definition of a topic of study applies as well to a research tradition: an orienting set of values lead researchers in the tradition to adhere to a given definition of the topics and approaches that their tradition will pursue.  This adherence can be put clearly as a statement about "importance": "These problems are important for us; we need to better understand these problems." Here is how Weber characterizes the "orienting values" that define the approach taken by the new journal:


In general, they were men who, whatever may have been other divergences in their points of view, set as their goal the protection of the physical well-being of the laboring masses and the increase of the latter's share of the material and intellectual values of our culture. (62)

Selectivity applies to the singling out of an area of social phenomena for study.  But it also applies to a singling out of the specific aspects of this area that the researcher will examine.  And this, in turn, raises the possibility of there being indefinitely many different "scientific studies of X."  Here is a typical formulation of Weber's about this form of selectiveness:

The cultural problems which move men form themselves ever anew and in different colors, and the boundaries of that area in the infinite stream of concrete events which acquire meaning and significance for us, i.e., which becomes an 'historical individual,' are constantly subject to change. The intellectual contexts from which it is viewed and scientifically analyzed shift. The point of departure of the cultural sciences remain changeable throughout the limitless future as long as a Chinese ossification of intellectual life does not render mankind incapable of setting new questions to the eternally inexhaustible flow of life.  (84)

The quality of an event as a "social-economic" event is not something which it possesses "objectively." It is rather conditioned by the orientation of our cognitive interest, as it arises from the specific cultural significance which we attribute to the particular event in a given case. (64)

Here is another statement that implies the open-endedness of the social sciences in their definitions of the topics of research:


The fate of an epoch which has eaten of the tree of knowledge is that it must know that we cannot learn the meaning of the world from the results of its analysis, be it ever so perfect; it must rather be in a position to create this meaning itself. (57)

I take this to mean that assigning meaning to events, processes, or structures is a human activity rather than the discovery of an objective fact about the world. So it is open to social scientists of various generations to reevaluate prior interpretations of the world -- whether of capitalism or feudalism, or of rational behavior or religious identity.  In Weber's own context:


Undoubtedly the selection of the social-economic aspect of cultural life signifies a very definite delimitation of our theme. It will be said that the economic, or as it has been inaccurately called, the "materialistic" point of view, from which culture is here being considered, is "one-sided." This is true and the one-sidedness is intentional. The belief that it is the task of scientific work to cure the "one-sidedness" of the economic approach by broadening it into a general social science suffers primarily from the weakness that the "social" criterion (i.e., the relationships among persons) acquires the specificity necessary for the delimitation of scientific problems only when it is accompanied by some substantive predicate. (67)

Or in other words: there is no general or comprehensive or synoptic approach to defining the social; there is only the possibility of a series of selective and value-guided approaches to defining specific aspects of the social world.  And these one-sided and selective approaches have an enormous epistemological merit: they can allow us to discover specific, concrete forms of interconnection among social phenomena as we have defined them.


The justification of the one-sided analysis of cultural reality from specific "points of view" -- in our case with respect to its economic conditioning -- emerges purely as a technical expedient from the fact that training in the observation of the effects of qualitatively similar categories of causes and the repeated utilization of the same scheme of concepts and hypotheses offers all the advantages of the division of labor. (71)

There is no absolutely "objective" scientific analysis of culture -- or put perhaps more narrowly but certainly not essentially differently for our purposes -- of "social phenomena" independent of special and "one-sided" viewpoints according to which...they are selected, analyzed, and organized for expository purposes.  The reasons for this lie in the character of the cognitive goal of all research in social science which seeks to transcend the purely formal treatment of the legal or conventional norms regulating social life. (72)

All the analysis of infinite reality which the finite human mind can conduct rests on the tacit assumption that only a finite portion of this reality constitutes the object of scientific investigation, and that only it is "important" in the sense of being "worthy of being known". (72)

For me, all of this comes down to a rather straightforward and compelling conclusion on Weber's part: there is no social topic or problem for which we might provide a complete, final, and comprehensive analysis.  Rather, we are forced, and we are entitled, to always bring forward new perspectives and new aspects of the problem, and arrive at new insights about how the phenomena hang together when characterized in these new ways.

Or in other words, whether he ever actually said it or not, Weber was forced to believe that the history of Rome is never complete; each generation is free to create its new frameworks and perspectives on Rome, and telling its story according to a different set of concepts and insights.

(In the course of thinking about this topic I came across this very interesting paper by Richard Swedberg on "Max Weber's Vision of Economics" (link). The paper presents a very compelling critique of the way that neoclassical economics defines the subject matter of "economics," and gives a strong statement of how Weber's broader and more historical understanding of the subject -- which he referred to as "social economics" -- is of contemporary importance.)
Posted by Dan Little at 7:29 PM