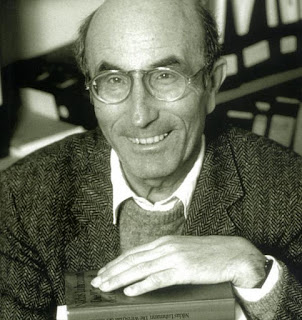 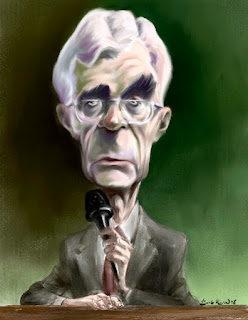 photos: Niklas Luhman (top), Mario Bunge (bottom)
One view that has been taken about the causal properties of social structures is that they are emergent: they are properties that appear only at a certain level of complexity, and do not pertain to the items of which the social structure is composed. This view has a couple of important problems, not least of which is one of definition. What specifically is the idea of emergence supposed to mean? And do we have any good reasons to believe that it applies to the social world?

An important recent exponent of the view in question is David Elder-Vass in The Causal Power of Social Structures: Emergence, Structure and Agency

. Elder-Vass is in fact specific about what he means by the concept. He defines a property of a compound entity or structure as emergent when the property applies only to the structure itself and not to any of its components.


A thing ... can have properties or capabilities that are not possessed by its parts. Such properties are called emergent properties. (4)

An emergent property is one that is not possessed by any of the parts individually and that would not be possessed by the full set of parts in the absence of a structuring set of relations between them. (17)

But, as I argued in an earlier post, this is such a tame version of emergence that it doesn't seem to add much. By E-V's criterion, most properties are emergent -- the sweetness of sugar, the flammability of woven cotton, the hardness of bronze.

What gives the idea of emergence real bite -- but also makes it fundamentally mysterious -- is the additional idea that the property cannot be derived from facts about the components and their arrangements within the structure in question. By this criterion, none of the properties just mentioned are emergent, because their characteristics can in principle be derived from what we know about their components in interaction with each other.

This is the concept of emergence that is associated with holism and anti-reductionism. Essentially it requires us to do our scientific work entirely at the level of the structure itself -- discover system-level properties and powers, and turn our backs on the impulse to explain through analysis.

A kind of compromise view is offered by Herbert Simon in his conception of a complex system in a 1962 article, "The Architecture of Complexity" (link). Here is how he defines the relevant notion of complexity:


Roughly, by a complex system I mean one made up of a large number of parts that interact in a nonsimple way. In such systems, the whole is more than the sum of the parts, not in an ultimate, metaphysical sense, but in the important pragmatic sense that, given the properties of the parts and the laws of their interaction, it is not a trivial matter to infer the properties of the whole. In the face of complexity, an in-principle reductionist may be at the same time a pragmatic holist. (468)

Here Simon favors a view that does not assert ontological independence of system characteristics from individual characteristics, but does assert pragmatic and explanatory independence. In fact, his position seems equivalent to the supervenience thesis: social facts supervene upon facts about individuals. But the implication for research is plain: it is useless to pursue a reductionist strategy for understanding system-level properties of complex systems.

A recent issue of Philosophy of the Social Sciences contains three interesting contributions to different aspects of this topic. Mariam Thalos ("Two Conceptions of Fundamentality") and Shiping Tang ("Foundational Paradigms of Social Sciences") are both worth reading. But Poe Yu-ze Wan's "Emergence a la Systems Theory: Epistemological Totalausschluss or Ontological Novelty?") is directly relevant to the question of emergence, so here I'll focus on his analysis.

Wan distinguishes between two schools of thought about emergence, associated with Niklas Luhmann and Mario Bunge.  Luhmann's conception is extravagantly holistic, whereas Bunge's conception is entirely consistent with the idea that emergent characteristics are nonetheless fixed by properties of the constituents. Wan argues that Luhmann has an "epistemological" understanding of emergence -- the status of a property as emergent is a feature of its derivability or explicability on the basis of lower-level facts.  Bunge's approach, on the other hand, is ontological: even if we can fully explain the higher-level phenomenon in terms of the properties of the lower level, the property itself is still emergent.  So for Bunge, "emergence" is a fact about being, not about knowledge.  Wan also notes that Luhmann wants to replace the "part-whole" distinction with the "environment-system" distinction -- which Wan believes is insupportable (180).  Here is a statement from Luhmann quoted by Wan:

And here is Bunge's definition of emergence, quoted by Wan:


To say that P is an emergent property of systems of kind K is short for "P is a global (or collective or non-distributive) property of a system of kind K, none of whose components or precursors possesses P. (Emergence and Convergence: Qualitative Novelty and the Unity of Knowledge

Bunge's position here is exactly the same as the conception offered by Elder-Vass above.  It defines emergence as novelty at the higher level -- whether or not that novelty can be explained by facts about the constituents.  Bunge's conception is consistent with the supervenient principle, in my reading, whereas Lumann's is not.

Wan provides an excellent review of the history of thinking about this concept, and his assessment of the issues is one that I for one agree with.  In particular, his endorsement of Bunge's position of "rational emergentism" seems to me to get the balance exactly right: social properties are in some sense fixed by the properties of the constituents; they are nonetheless distinct from those underlying properties; and good scientific theories are justified in referring to these emergent properties without the need of reducing them or replacing them with properties at the lower level.  This is what Simon seems to be getting at in his definition of complex systems, quoted above; and it seems to be equivalent to the idea of explanatory autonomy argued in an earlier post.

My own strategy on this issue is to avoid use of the concept of emergence and to favor instead the idea of explanatory autonomy. This is the idea that mid-level system properties are often sufficiently stable that we can pursue causal explanations at that level, without providing derivations of those explanations from some more fundamental level (link).

The explanatory challenge is very clear: if we want to explain meso-level outcomes on the basis of reference to emergent system characteristics, we can do so.  But we need to have good replicable knowledge of the causal properties of the emergent features in order to develop explanations of other kinds of outcomes based on the workings of the system characteristics.  I would also add that we need to have confidence that the hypothesized system-level characteristics do in fact possess microfoundations at the level of the individual and social actions that underly them; or, in other words, we need to have reason for confidence that the emergent properties our explanations hypothesize do in fact conform to the supervenient relation.

A couple of Wan's sources are particularly valuable for investigators who are interested in pursuing the idea of emergence further:

Richard Jones, Reductionism: Analysis and the Fullness of Reality

Sociology should decide whether or not using other disciplines (and levels of observation) to explain its objects. There are in fact emergent phenomena such as (typically) leadership, which cannot be explained only with the properties of individuals and their interactions.
Or better, perhaps it could be, if we use also psychological assumptions, and maybe also anthropological ones.
It is my conviction, in fact, that many social facts quite simply do not have (only) social causes or origins. That is why, I suppose, the emergency approach can be of use for many practical and theoretical purposes.
Interesting as always.
Regards

The topic you are discussing (emergent properties and structure vs agency) is currently important in economics and your treatment of the subject is interesting while accessible and instructive.

But I am having a little difficulty with this:

"What gives the idea of emergence real bite -- but also makes it fundamentally mysterious -- is the additional idea that the property cannot be derived from facts about the components and their arrangements within the structure in question."

The examples of emergent properties in economics, at least to the best of my knowledge, all seem to "be derived from facts about the components and their arrangements within the structure in question".

I am thinking not only of the Keynesian paradox of thrift and similar, but also about the discussion concerning the marginal product of factors and economies of scale.

In fact, I cannot think of any example, in economics or otherwise, of an emergent property that cannot be derived from the components and their arrangement.

Can you give an example of such?

Thanks. You've put your finger on the central point in this post. The non-derivability version (which Luhman advocates) is fundamentally mysterious, whereas the
derivability version is defensible but weak. This is Bunge's version. The best example I can think of for the former view is vitalism in biology. Elsewhere I discuss Herbert Simon's third alternative based on his view of the complexity of social processes.