Paradigms, research communities, and the rationality of science 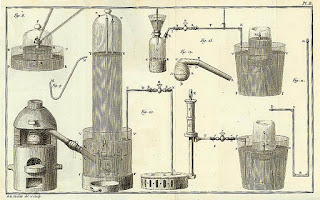 An earlier post on scientific explanation provoked some interesting comments from readers who wanted to know why Thomas Kuhn was not mentioned.  My brief answer is that Kuhn's contribution doesn't really offer a theory of scientific explanation at all, but instead an account of the cognitive and practical processes involved in formulating scientific knowledge.  Here I'll dig into this question a bit deeper.

In The Structure of Scientific Revolutions

(1962) Kuhn asks us to recenter our thinking about scientific knowledge in several important ways.  He de-emphasizes questions about the logic of theory and explanation.  He argues that we should not think of science as an accumulation of formal, logical and mathematical expressions that permit codification of observable phenomena.  He doubts the availability of a general, abstract "scientific method" that serves to guide the formation of scientific knowledge.

Against the abstract ideas about the logic of science associated with positivism, Kuhn advocated for a more practical and historical study of science as a concrete human activity.  He arrives at several ideas that have turned out to have a great deal of influence -- the idea of a scientific paradigm, the idea of incommensurability across paradigms, and the idea that science doesn't just consist in the formal theories that a research tradition advances.  But the most fundamental insight that he developed throughout his career, in my judgment, is the idea that we can learn a great deal about method and scientific rationality by considering the history of science in close detail.

This approach has important implications for the philosophy of science at numerous levels.  First, it casts doubt on the hope that we might reconstruct an ideal "scientific method" that should govern all scientific research.  This was a goal of the logical positivists, and it doesn't survive close scrutiny of the ways in which the sciences have developed.  Second, it leaves room for the idea of scientific rationality, but here again, it suggests that the standards of scientific reasoning need to be specified in each research tradition and epoch, and there is no single "logic" of scientific reasoning that could be specified once and for all.  The injunction, "Subject your theories to empirical tests!", sounds like a universal prescription for scientific rationality; but in fact, the methods and processes through which theories are related to observations are widely different throughout the history of science.  (And, of course, the post-positivist philosophers of science demonstrated that we can't draw a sharp distinction between observation and theory.) Methods of experimentation and instrumentation have varied widely across time and across disciplines.  So empirical evaluation takes many different forms in different areas of the sciences.

There is an implicit tension between a sociological and historical understanding of the sciences, on the one hand, and a realist understanding of the sciences, on the other.  When we look at the formation of scientific beliefs and theories as the output of a specific research tradition and set of research institutions, we will be struck by the scope of contingency that seems to exist in the development of science.   When we look at science as a set of theories about the world, we would like to imagine that they are sometimes true and that they represent reality in approximately the way that it really works.  And we would like to suppose that the cognitive and social values that surround scientific research -- attentiveness to data, openness to criticism, willingness to revise one's beliefs -- will gradually lead to systems of scientific belief that are more and more faithful to the ways the world is.  From this perspective, the contingency and social dependency of the research process seems at odds with the hope that the results will be univocal.

), and Bruno Latour (Laboratory Life: The Construction of Scientific Facts

), who took the discipline in the direction of a more relativist understanding of the nature of systems of scientific belief.  According to the relativist position on scientific knowledge, belief systems are internally consistent but incomparable from one to another, and there is no absolute standard that allows us to conclude that X is more rationally justified than Y as an explanation of the world.

Here is David Bloor towards the beginning of Knowledge and Social Imagery:


The sociologist is concerned with knowledge, including scientific knowledge, purely as a natural phenomenon. The appropriate definition of knowledge will therefore be rather different from that of either the layman or the philosopher.  Instead of defining it as true belief -- or perhaps, justified true belief -- knowledge for the sociologist is whatever people take to be knowledge.  It consists of those beliefs which people confidently hold to and live by. In particular the sociologist will be concerned with beliefs which are taken for granted or institutionalised, or invested with authority by groups of people. (5)

He goes on to assert that the sociology of science needs to be -- causal, impartial with respect to truth and falsity, symmetrical in explanation, and reflexive (its principles should apply to sociology itself) (7).

From a philosopher's point of view, it would be desirable to find a position that reconciles the social groundedness of scientific belief formation -- and the self-evident ways in which the research process is sometimes pushed by non-cognitive, non-rational forces -- with the ideas of scientific truth and reference.  Essentially, I think that most philosophers would like to acknowledge that human rationality is socially constituted, but is still a form of rationality, and is capable of discovering approximate truths about the world.  It would be desirable to arrive at a philosophy of science that is both sociologically informed and realist.  Imre Lakatos took something like this perspective in the 1970s in his writings about scientific research programmes (The Methodology of Scientific Research Programmes

, Criticism and the Growth of Knowledge

). But in general, it is my impression that the discipline of the philosophy of science hasn't taken much heed of the challenges presented by SSK and the more sociological-historical approach. That is unfortunate, because the premises of the sociological-historical approach, and of the SSK approach in particular, are pretty compelling.
Posted by Dan Little at 5:36 PM

Isn’t the answer to your query about a middle ground between “scientific truth and reference” on one side, and context and personal/cultural/historical contingency on the other, to be found within the title of the post: the research community? Research communities decide what is acceptable or valuable. While those decisions or norms are not fixed, eternal, and true principles, they are more stable and rational than one would expect from the mere opinions of a crowd of people worried about their status.

On the sociology of science, I find it hilarious when these folks scratch their heads and try to figure out why scientific knowledge is stable. If everything is contingent and relative, knowledge should change all the time (like high-level theory in anthropology, for example). Well, just maybe there is a real world out there, and maybe science does approach an understanding of how it works, and maybe that understanding is at some fundamental level independent of the individual non-science beliefs or behavior of scientists.

But these issues are decided by the research community, not by some ultimate board of standards, and not by sociologists or philosophers of science.

I think it is much easier to be an Economist than any other thing. Our definition of "Good Science" is the good and old better result. The better model is the model which gives the better results independent of how it is built.
In short, instead of realism versus idealism, we have people running thousands of regressions and actually feeling to have reinvented the wheel while presenting their results - those old things that are being repeated since the begining of time ....

I actually think that Kuhn went farther in the direction of reconciling those two aims -- sociological and epistemological -- than many people give him credit for. The Structure of Scientific Revolutions was itself a revolutionary sociological approach, but Kuhn offered (in my view) a more nuanced approach in his essay "Concepts of Cause in the Development of Physics," reprinted in The Essential Tension.

As I read Kuhn, he did not deny the objective reality of the outside world or claim that scientific theories were relative sociological constructs. He really did believe that science could/did evolve, in terms of describing a greater variety of physical phenomena, more accurately. Quantum mechanics really is more complete than Newtonian mechanics.

But Kuhn's absolutely brilliant insight was that in the process of advancing accurate description, scientific theories also must learn to ignore (or settle by default) their most fundamental (inspirational?) questions -- the the case of physics, the concept of "cause".

This suggests (to me) that every(?) "science" begins with an unanswerable question (Biology: "What is life?" Economics: "What is value?" Psychology: "What is "mind"?). This founding question is much worried by the scientific originators, but must be forgotten (or "settled") by their successors in order to make progress in approximating a description of that (somewhat arbitrary) part of the world that the science explores. That's what I take from Kuhn.