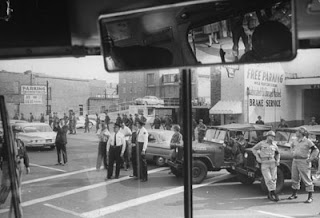 I've advocated in earlier posts for two related ideas: the idea of actor-centered sociology and the idea of methodological localism. The first idea recommends that sociologists couch their research and theories in terms of more specific and nuanced theories of the actors whose thoughts and actions make up the social processes of interest. The second idea is an alternative to the equally unappealing doctrines of methodological individualism and holism. According to methodological localism, the "molecule" of the social world is the socially constituted, socially situated actor in ongoing relationships with other social actors. This is a conception of social reality that is social all the way down; it conceives of the individual actor within a set of social relationships as the basic unit of social phenomena.

Examination of some important work in sociology and neighboring fields in the past several decades shows that the actor-centered approach corresponds pretty well to the research approach taken by a number of innovative investigators. Here are a few examples: C. K. Lee, Against the Law: Labor Protests in China's Rustbelt and Sunbelt; Michael Mann, The Dark Side of Democracy: Explaining Ethnic Cleansing; George Steinmetz, The Devil's Handwriting: Precoloniality and the German Colonial State in Qingdao, Samoa, and Southwest Africa; Al Young, The Minds of Marginalized Black Men: Making Sense of Mobility, Opportunity, and Future Life Chances; Elinor Ostrom, Governing the Commons: The Evolution of Institutions for Collective Action. Each of these research projects makes significant use of more nuanced theories of the actor as an important part of the analysis and explanations offered.

These examples validate the usefulness of several of the key imperatives of the doctrine of methodological localism: in particular, emphasis on the centrality of the socially situated and socially constructed actor within more complex social processes. Methodological localism implies that we need to be cautious about over-simplifying the mentality of the actor—not simply a utility maximizing egoist, not simply a norm-driven robot, not simply an adherent of a religious worldview.

Instead, it is often useful to pay attention to the details and the differences that we find in the historical setting of important social processes and outcomes and the forms of mentality these create: the specific forms of education received by scientists, the specific social environment in which prospective administrators were socialized, the specific mental frameworks associated with this or that historically situated community. These details help us to do a much better job of understanding how the actors perceived social situations and how they chose to act within them.

And likewise, it is often useful to pay attention to the regulative and incentive-generating context within which actors constructed their actions. This is the role that the intellectual and policy field plays in Steinmetz’s account; it is also the role that specific property and contract arrangements play in the new institutionalism and Elinor Ostrom. And both Bourdieu and the new institutionalists are right that small differences in the institutional setting can result in large differences in outcome, as actors respond to institutions and incentives to pursue their ends. So paying close and detailed attention to the particulars of the institutions of career, economic opportunity, family, power, and prestige allows us to perceive the causes of important differences in outcomes.

In short, it seems that sociology has a lot to gain by paying more attention to the specifics of the actors whose thinking and actions constitute the social processes of interest to them. This advice does not imply reductionism; it is entirely legitimate for sociologists to make use of causal claims at a variety of levels. But it does imply that there is substantive and valuable work to be done in almost every field of sociology at the level of the actor. Sociology gains when researchers attempt to gain a more nuanced understanding of the constitutions and situations of the actors with whom they are concerned.

To be sure, not all research in sociology takes this approach. And in fact there is very good recent work in sociology that doesn't pay much attention to the actor. A good example of this category is Robert Sampson's Great American City: Chicago and the Enduring Neighborhood Effect.  Sampson's approach has everything to do with the behavior of particular actors in particular circumstances. He wants to show that we can identify certain patterns of causation that exist in urban street-scapes that are amenable to quantitative investigation.  But his research is not particularly socio-ethnographic; no interviews, no attempt to capture the states of mentality of the urban young people who make up the neighborhoods he studies.  The level of analysis that he has chosen is largely higher than the individual actors -- the meso-level environmental and organizational features that appear to have an effect on collective behavior. And one of his main methodological contributions is to oppose the idea that urban phenomena can be derived from facts about the individuals who make up a neighborhood or city. So Sampson's research and explanations are evidently not "actor-centered." But I think that Sampson's work is compatible nonetheless with the thesis of methodological localism, though this is less clear. Sampson insists that the neighborhood-level characteristics have causal consequences that do not disaggregate into individual-level patterns. But this can be understood in the "relative explanatory autonomy" interpretation offered elsewhere (link): microfoundations exist for these effects, but it isn't necessary to trace them through in order to validate the causal linkage at the neighborhood level.


These observations suggest that the status of these two big ideas is rather different. The idea of "actor-centered" sociology shouldn't be understood as a general prescription for all sociological research, but rather as simply a promising line of investigation as we try to shed light on various social processes and outcomes.  The idea of methodological localism, on the other hand, is a fairly general ontological claim about what the social world is made up of, and it is intended as a general premise for how we think about all social phenomena.  It doesn't entail a particular theory of explanation, but it does provide a general account of the constitution of social phenomena. And it has implications for how we should think about the micro-composition of social causation.

Exceptional analysis. I will definitely be coming back to this post!

You seem to be inching here towards the style of explanation offered by good academic history - the essential questions are "what did these people think they were doing?" and "why did they think that?" Tim Blanning's The Pursuit of Glory would be a good example, but there are many others.