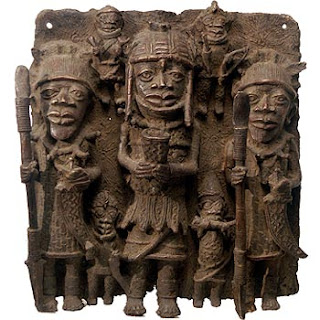 World history is more timely today than ever. “Globalization” is almost a cliché, from “The world is flat” to “the homogenization of cultures” to the “commodification of place.” Everyone recognizes the fact of globalization in the contemporary world. But we need to understand the many ways in which many parts of the world were deeply and systemically interconnected long before the post-World War II wave of revolutions in communications networks, rapid travel, containerized shipping, and military power contributed to the current interconnectedness of most countries and peoples. We need a strong historiography for the global world. And we need better and more detailed understandings of the histories of many of the regions of the world, taken in their own terms.

To be most productive, however, we need to approach the tasks of global history with some fresh thinking. There are several key points that have emerged as fundamental.  The first is to be vigilant about making Eurocentric assumptions about development and change.  Whether in the domains of politics, economics, or culture, it is crucial to avoid the assumption that Europe set the model for developments in key areas of historical change.  New historiography of Eurasian economic development illustrates the power of an approach that avoids Eurocentrism, including Bin Wong (China Transformed: Historical Change and the Limits of European Experience), Ken Pomeranz (The Great Divergence: China, Europe, and the Making of the Modern World Economy.), and Prasannan Parthasarathi (Why Europe Grew Rich and Asia Did Not: Global Economic Divergence, 1600-1850).

A second is to expect variation rather than convergence. There are many ways that human societies have found to solve crucial problems of coordination, order, production, and the exercise of power. Global historians need to be alert to the development of alternative institutions of politics, economics, culture, or social cohesion in different locales. In particular, it is important to take note of divergences as well as parallels in the political and economic development of great civilizations like those of India, China, Southeast Asia, or West Africa.

Third, it is important to avoid the conceptual schemes of nationalism and states. "France," "Indonesia," and "India" are places with diversity and internal variation, and they each followed distinct rhythms of consolidation as states and nations.  It is often more revealing to look to regions that cross the boundaries of existing states; we learn much by looking at the dynamics of change in regions that are smaller than nation-states (the American South, for example, as an economic and racial regime that had little in common with Northern cities); and it is sometimes the case that we are best off considering the histories of dispersed peoples and activities (Zomia (James Scott, The Art of Not Being Governed: An Anarchist History of Upland Southeast Asia (Yale Agrarian Studies Series)), diasporic histories (Tai Lands and Thailand: Community and the State in Southeast Asia), bandits (Bandits, Revised Edition)).

Fourth, the way in which we consider historical time sometimes needs more critical reflection. Victor Lieberman's focus on the punctuated patterns of consolidation that took place from Burma to Kiev is one aspect of this reflection; the world's clock was synchronized in a pattern that was quite distinct from the internal patterns of change in each of the affected countries.  And the historian needs to be attentive to both clocks. Likewise, world historians need to be open to considering temporality on a range of scales -- from the months of the Terror to the decades of contention that preceded and followed the French Revolution, to the century and a half that separated the French Revolution from the Chinese Revolution.

Fifth, the global impact of environmental factors needs to be given the emphasis it deserves. Climate change, exhaustion of woodlands, extension of mining and extraction -- all these processes and factors influence human activity at a range of levels, and their impact needs to be assessed carefully on the basis of historical and physical data. Mark Elvin's environmental history of China is a great example (The Retreat of the Elephants: An Environmental History of China).

Finally, world historians need to pay particular attention to the mechanisms of influence through which places exchanged cultural and economic material in the long centuries from the development of substantial Mediterranean trade in the ancient world to the shipping lanes of the contemporary world. Trade, the diffusion of ideas through cultural contact and migration, the effects of the book trade, the military logic of colonialism, the advent of organized long-distance communication and travel, the creation of international governance institutions -- these mechanisms of social exchange constitute many of the pathways through which global integration occurs, and their dynamics are worthy of close attention by historians.

Significantly, almost all these factors find their way into the work of many recent historians who are taking on the challenge of making sense of the history of the modern world. World historiography is on a very promising trajectory.
Posted by Dan Little at 11:40 AM

World historiography is a fascinating topic. Unfortunately however, the current thinking is not placing enough emphasis on the power of ideas as drivers of world history.