A catalogue of social mechanisms 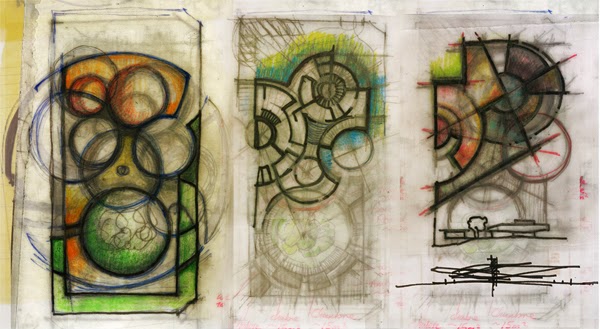 In an earlier post I made an effort at providing the beginnings of an inventory of social mechanisms from several areas of social research. Here I’d like to go a little further with that idea in order to see how it plays into good thinking about social-science methodology.

There are at least two kinds of questions we need to ask about a collection like this.

First, where do the entries come from? What kinds of scientific inquiry are required in order to establish that things like these are indeed mechanisms found in the social world?

The most general answer to this question concerning discovery is that much research in the various disciplines of the social sciences is specifically directed at working out the contours of mechanisms like these. Political scientists who focus on legislatures and the US Congress have become expert on identifying and validating the institutional and voting mechanisms through which legislative outcomes come to effect. Organizational sociologists study the inner workings of a range of organizations and are able to identify and validate a wide range of mechanisms at work within these organizations. Economic anthropologists and theorists study the ways in which economic transactions are conducted in a range of human settings. Social psychologists identify many of the ways that individuals acquire normative beliefs and transmit them to other individuals. The greatest difficulty in constructing a table like this is not at the level of identifying mechanisms that might be included; it is the problem of limiting the number of mechanisms identified to a more or less manageable number. There is some reason to fear that social scientists have identified thousands of mechanisms in their research, not dozens.

And second, what role does a table like this play in the conduct of research in the social sciences?

In In Search of Mechanisms: Discoveries across the Life Sciences Craver and Darden argue that biologists often approach novel phenomena with something like this table in the backs of their heads -- an inventory of known causal mechanisms in the domain of biology. From there they attempt to solve the puzzle: what combination of known mechanisms might be concatenated in order to reproduce the observed phenomenon?

Strikingly enough, this description of a heuristic for arriving at an explanatory analysis of a situation has a lot in common with the way that McAdam, Tarrow, and Tilly proceed in Dynamics of Contention. (Here is a more developed analysis of their mechanisms-based approach; link.) MT&T argue that there is a relatively manageable list of social mechanisms that can be observed in many cases of social contention. And they approach new instances with the idea that we may be able to understand the dynamics of the case by teasing out the workings of some of those mechanisms. It seems that MT&T are involved in both parts of the inquiry -- discovery and isolation of recurring mechanisms of contention, and application of these discoveries to the explanation of specific episodes of contention.

For example, they introduce their case studies in Part III of the book in these terms:


Part III of the study takes up three distinct literatures regarding contention -- revolution, nationalism, and democratization -- in view of the paths our quest has followed. The goal of that concluding section is to emphasize the commonalities as well as the differences in those forms of contention through an examination of the explanatory mechanisms and political processes we have uncovered in Parts I and II. (kl 511)

And a few paragraphs later:


Let us insist: Our aim is not to construct general models of revolution, democratization, or social movements, much less of all political contention whenever and wherever it occurs. On the contrary, we aim to identify crucial causal mechanisms that recur in a wide variety of contention, but produce different aggregate outcomes depending on the initial conditions, combinations, and sequences in which they occur. (kl 519)

Here is how they summarize their attempt to explain particular episodes of social contention. They focus on a "number of loosely connected mechanisms and processes":
And this body of social mechanisms is taken to provide a basis for historically grounded explanations of the forms of contention observed in specific cases.

This seems to parallel fairly closely the intellectual process that Craver and Darden describe in the case of biology: create an inventory of common causal mechanisms and analyze new cases by trying to see to what extent some of those known mechanisms can be discerned in the new material.

We might usefully consider two additional questions. First, is there a theoretically useful way of classifying social mechanisms (formation of the individual actor, collective action, communication, repression, collective decision making, ...)? Can our catalogue provide content-relevant "chapters"? We might argue that a good taxonomy of social mechanisms actually provides a way of theorizing the main dimensions of social activity and organization. And second, are there more fundamental things we can say about how some or many of these mechanisms work? Does a good theory of the actor and a good theory of social organizations suffice to account for the workings of a great many of these mechanisms? If we respond affirmatively to this question, then once again we may have made a small degree of progress towards offering a somewhat more general theory of the social world.

Email ThisBlogThis!Share to TwitterShare to FacebookShare to Pinterest
Labels: CAT_mechanisms

Happy to read your blog.
I stumbled upon it searching social mechanisms, and excited to have found your blog. Thank you so much :)