The open texture of the social world 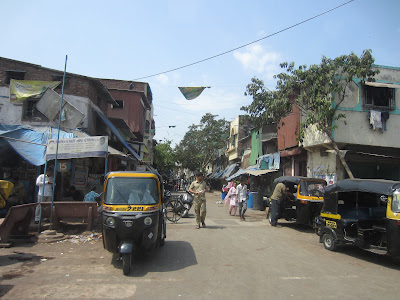 What is involved in arriving at scientific knowledge about the social world? The position I have consistently taken emphasizes contingency and heterogeneity of the social: the social world is a mixture of diverse processes and structures; it is constituted by socially constituted and socially situated actors, leading to ineliminable features of contingency and heterogeneity; and there are no unified "grand theories" that permit us to capture "the way the social world works". Social phenomena are multi-threaded, multi-causal, and multi-semiotic. So the most we can hope for in the social sciences is to identify some of the threads of change and stability, some of the distinct causes at work, and some of the systems of meaning through which actors frame the world in which they live and act.

So the social sciences can only consist of a large number of separate and largely independent lines of investigation into different strands of social life. And these diverse lines of investigation also correspond to a plurality of methodologies for research. These limited forms of knowledge are enormously valuable, both intellectually and practically -- even though they do not add up to a unified and comprehensive representation of the social world as a whole. Social knowledge is inherently incomplete and incompletable. Weber points to this idea in his essay, "'Objectivity' in Social Science and Social Policy" in The Methodology of The Social Sciences (link):

There is no absolutely "objective" scientific analysis of culture -- or put perhaps more narrowly but certainly not essentially differently for our purposes -- of "social phenomena" independent of special and "one-sided" viewpoints according to which -- expressly or tacitly, consciously or unconsciously -- they are selected, analyzed and organized for expository purposes. (72)

I do not construe this passage as an early version of "post-modernist relativism", but rather Weber's recognition of the inherently open texture of social phenomena. There is no limit to the empirical, theoretical, causal, cultural, and historical research questions that can be formulated with regard to almost any ensemble of social phenomena over time.
Consider a particular sociological topic: the nature and dynamics of the 20th-century urban place -- the city. Acquaintance with a range of cities allows us to note that there are aspects of similarity and difference across "cities". This suggests a range of kinds of investigation of urban life. We can study the particulars of specific cities (Mumbai, Bonn, Mexico City, Chicago) through careful case studies. Second, it is promising to engage in comparative studies of aspects of a range of cities that seem to work out differently. How do the public transit systems of Mexico City, Mumbai, and Chicago compare to each other? How does corruption affect the municipal governments of several cities differently? And finally, it is intriguing to consider whether there are some processes and mechanisms that are recur across cities in the modern world, leading to limited but genuine generalizations that can be discovered through quantitative comparisons. Epidemiological findings about the transmission of infectious diseases might be one such area where generalizations across many or all cities can be discovered.
But consider the enormous range of questions that can be asked about cities:
It is evident that this list can be extended indefinitely. There are always new and interesting questions that can be posed and investigated about an individual city or a group of cities. And any one of these questions can be the basis of an entire research program in the social and human sciences, involving theory, observation, archival research, discovery of institutional arrangements, cultural interpretation, historical research, and so on, for a densely developed set of research ideas and initiatives. So, QED: there can never be a "finished and comprehensive sociology of the city".
This discussion supports the conclusion that the open-endedness of the social world is quite different from the natural world. Once scientific attention turned to the question of the behavior and properties of gases, there were a number of different avenues that could be pursued; but ultimately, we can understand the behavior of gases in terms of a few simple laws and mechanisms: molecules, elastic collisions, intermolecular forces, kinetic energy, entropy, laws of thermodynamics, and perhaps a bit of the mathematics of complex systems to explain local patterns of turbulence. But there is no hidden mystery in the behavior of a gas. The behavior of a population in a city over the stretch of a century is entirely different from this simple story about gases. The mechanisms, meanings, and dynamics of a social population can be investigated along countless different dimensions, and there are no fixed and final "laws of social interaction" that ultimately allow the explanation of the social ensemble -- the city. And this open texture of sociological investigation of the city seems to be true for virtually every aspect of social life.
(Here are some additional posts on cities illustrating the range of social-science studies of urban life that is possible; link, link, link, link, link.)
Posted by Dan Little at 8:28 PM

I will hazard a guess, based on what I have read here: You have at least thought about what I am going to say---even written of it, in your work on understanding society. The open-endedness you speak of is a huge piece of our confusions surrounding reality and truth, such that those concepts vary with what people believe, and want to believe, about them. I have called this contextual reality, although truth, as we try to observe and define it, is largely interchangeable. The two terms rest upon, firstly, context, and circumstance; contingency; and content. There could be---probably is---a better order. Content may be first, preceding context. I am still fleshing this out. My notion of it all goes to the different fabrics composing the patchwork that is society, as a whole. Your, admittedly partial, listing of questions, can only be answered (if at all), locally. That which holds for Chicago does not hold so well in Istanbul.
Warmest Regards.
A Midwest Public Intellectual

"The open texture of the social world"

I don't understand the function of the point regarding the "plurality of textures..."; is it an ontological claim about the social world ie the social is composed of many entities that interact in a plurality of modes; or, is it a methodological principle, that tackles with the insurmountable complexity of the social ie "multi-threaded, multi-causal, and multi-semiotic" structures/processes; or, an analogy ("urban city") that works as a template for (semi-?)parallel naratives about different aspects of "the social"?

If, in particular, it's about all the three together (what the social is made of, how to know about it and how to relate to its meaning) why do we need to acknowledge this radical unknown-ness (excuse the neologism) that emanates from "the plurality..."? What is the purpose of acknowledging the partial knowledge we can only hope for? Aren't we supposed to do the actual work first and evaluate our progress afterwards?

Why are the natural sciences treated as a benchmark of what science is and the rest of the "soft" sciences are treated as somehow unsuccessful to clear that bar? Sure, eg smart-phones are a big deal but they haven't exactly ended homelessness or the james webb telescope is awesome but even if it helps locating more earth-like planets, people will be still dying of hunger right here on this planet and, believe me, I cried tears of joy when perseverance touched down on Mars, but locating alien bacteria will probably not cure systemic racism or homophobia and stop femicides here, where we have lived for the better part of the last 40Ka.

For what it's worth, you blog is a space where thoughts can materialize into concepts, effortlessly.