Action and its causes 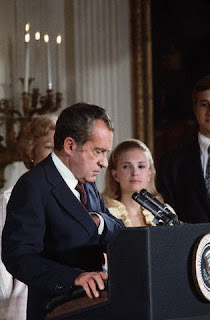 What is an action? And, eventually, what role does action play in history?

There is a large philosophical arena that focuses on the first part of this question. And basically, it comes down to "persons intervening intentionally". Persons commit actions. Persons have beliefs, desires, intentions, plans, and goals; they have reasons for what they do; they have emotions and aversions; they have habits. Persons also have freedom: they have the ability to choose to act or not to act, in typical circumstances.

These components all support the idea of the agent as a conscious, intentional intervener: the agent intervenes in the world in some way, in order to bring about an outcome that he/she desires or intends, based on her beliefs about the causal relationships that exist between the intervention and the outcome. Purpose, beliefs, freedom to choose, and selected intervention fit together as an integrated ideal type of "action".

This construction fits together into the Aristotelian idea of purposive action, or rational-intentional action.  But consider a few variations of individual behavior that seem to cut in a different direction: behavior following a script, reflexive or instinctive behavior, impulsive behavior, self-destructive behavior, self-deceptive behavior, possessed behavior, coerced behavior.  In each instance we lose an element that plays a key role in the purposive/intentional description of action above: self-direction, intentionality, self-control, rational goals and purposes, and freedom. We might take these instances to describe cases of behavior that fall short of "action"; or we might hold that there is a range of degrees of intentionality associated with action, from fully free and deliberative choice to programmed or impulsive behaviors.

So the traditional rational-intentional theory of action remains a partial view.  In addition to rational-intentional action and its variants, we can think of a range of other varieties that have little in common with this goal-directed model: expressive action, role-driven action, dramaturgical action, emotional action, ....  (I believe that Bourdieu's conception of habitus falls in this general domain.)  Here we have a number of paradigms of action that we can observe in everyday life, that provide an intelligible understanding of "what is she doing, and why?", and that appear to have a fundamentally different structure from the rational-intentional model. These actions express or enact rather than aim; or if they have an aim, it is to create a certain effect in the viewer.
We thus need to broaden the definition of action.  We might say more generally that "action" is a particular construction of "behavior" -- it is an event of individual behavior that derives from a person's mentality (as opposed to a conditioned response, a reflex, or a Manchurian candidate device).  But the facts about mentality that can underlie an action are diverse: purposes, goals, allegiances, passions, features of identity, a sense of history, and aspects of role self-ascription, for example.
Now turn to the question of interpretation.  The wide range of possible mental contexts of behavior means that the task of interpretation is a challenging one.  The intellectual task of interpretation is to arrive at an understanding of the agent's behavior as action.  This means arriving at a theory or construction attributing mental states to the actor that come together in such a way as to produce the action that was performed.  Perhaps we might interpret Richard Nixon's final year in office as the resultant of several distinct mental activities and states: self-deception, rational calculation, an emotional unwillingness to be defeated, and a degree of weakness of the will.  Or consider Emmanuel Le Roy Ladurie's interpretation of the actions of dozens of people in a massacre in Romans in 1580 in Le Carnaval De Romans De La Chandeleur

. The actions seem prima facie incomprehensible; so the historian's task is to arrive at an interpretation of the beliefs, impulses, group dynamics, and practices that existed at the time in the context of which the actions "make sense." (See Paul Ricoeur and John Thompson's Hermeneutics and the Human Sciences: Essays on Language, Action and Interpretation

.)
If we take the view that social outcomes are ultimately the result of the actions of individuals, then we plainly need to have a more nuanced and satisfactory framework of analysis within which to understand "action".  Rational-choice theory is one such framework; Aristotelian theory of deliberation is a somewhat broader framework.  But it is plain that the origins, motives, dynamics, and meanings of individual actions are broader and more heterogeneous than these rational-intentional theories would suggest.  Purposive action is an important part of the story of social action -- but it is only a part.
Posted by Dan Little at 5:42 PM