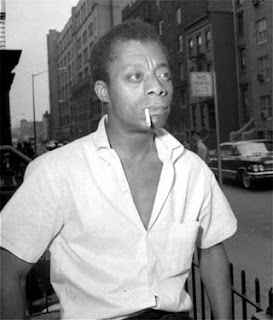 Literary traditions are sometimes thought to have an underlying interconnectedness and coherence that makes them more than simply a group of works sharing geography or group. Irish poetry and drama, for example, extend over several centuries, involving writers with a range of voices and preoccupations; and yet it is often thought that they are distinctively "Irish." How should we conceptualize this notion? And how does it relate to the concept of a social identity?

One might speculate that the continuity of a literary tradition derives from two social factors: first, that authors directly and indirectly respond to the writings of other authors in their tradition; and second, that writers express themes in their work that derive from a cultural tradition that they hold in common with other writers in this literary tradition. If, for example, there is a long oral tradition of popular songs and poetry that would have been a formative part of most Irish writers' experience as children, then it would be understandable if the cadences and phrases of this oral tradition infused their literary writings. If there are historical moments in the history of the Irish people -- Easter 1916, perhaps -- that are focal points for cultural meanings and historical turning points for ordinary Irish people -- then, once again, we might expect that themes surrounding these historical moments will recur in the production of Irish literature. And, of course, once a Goldsmith, Joyce, Yeats, or Heaney has created his poetry -- this constitutes an exemplar within the literary tradition itself that influences other Irish writers.

So there are a couple of social mechanisms that we can cite as providing "microfoundations" for the production of a national literary tradition. However, there are dimensions of variation and dissent that make the idea of a coherent and guiding literary tradition more difficult to sustain. It is recognized within most literary traditions that there are different streams of influence, with diverging literary styles and presentations. It is also recognized at a point in time that some great writers offer a literature that is strikingly at odds with the tradition from which they emerge. And it must also be recognized that large literary traditions -- the literature of India, American literature, Caribbean literature -- represent the confluence of different voices and different cultural experiences. And often these voices are deeply at odds with each other and with the dominant social order -- Jack London's novels represent a very different perspective on the United States than those of Henry James.

Within the literature of the United States -- what is often called "American literature" in US college English courses -- we can find a diversity of influences at almost every level of scale: the New England novel, African-American songs and stories, women's novels and journals, ... And within each we can discern important variations with cross-cutting influences -- the African-American voice of the deep south is evidently different from that of Chicago or Harlem or Los Angeles.

So we would certainly want to recognize that great writers are more than simply an expression of their literary or social tradition; rather, they find their voice and perspective through a dense interaction with culture, history, daily experience, race, gender, poetry, song, and dozens of other influences. And their products are often both innovative and "traditional". The novels of James Baldwin capture and embody many aspects of African-American experience and literature; they in turn contribute to the meaning of African-American literature post-Baldwin; but in the end they transcend the framework of a fixed formula. Baldwin's novels are original and particular -- not simply an expression of "the African-American tradition."

So from this point of view it seems that the idea of a literary tradition recedes from the metaphor of a compact, tightly bunched set of texts, to a meandering confluence of many cultural traditions and voices. This suggests that we need a metaphor that captures the diversity of voice and influence better than the idea of a river or stream.

This set of questions is relevant to the idea of a social identity as well. First is the obvious connection: if there is such a thing as "Irish social identity," it is plausible that this identity plays into the production of Irish literature. But the points raised here about diversity of experience and the non-reducibility of one writer's literature to a formula are also valid when we consider ascriptions of social identities. Rather than imagining that a person embodies the social identity of her own group, we should recognize that each person's social identity is a complicated mix of influences and commitments. Rather than "Sally is catholic", we might be better to observe that: "Sally is a mid-western Catholic with a feminist bent and a taste for punk music."

This suggests to me that we encounter in both traditions and identities, a kind of social construct that in a sense disappears as we increase the resolution of study; through closer study we come to see the variations as much as the commonalities within a group of people or a group of texts. Does this imply that identities and traditions do not exist? It does not. Both function as real social causes and influences. But both need to be understood as fluid, heterogeneous compounds rather than as essential, abiding realities.
Posted by Dan Little at 5:02 PM