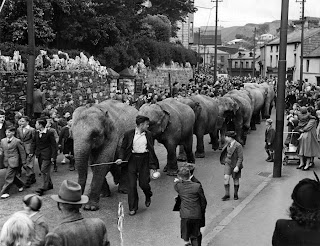 An earlier post referred to the "Perestroika" debate within political science. There are similar foundational debates within other social science disciplines, including especially sociology. What is particularly striking is not that there are deep disagreements about the methodology and epistemology of sociology -- this has often been true within sociology, going back to the methodenstreiten that divided the German-speaking social sciences around the turn of the twentieth century, but rather the degree to which these disagreements have been so divisive and polarizing within the discipline in the U.S. in the past forty years.

Several interesting books that focus on some of these debates within sociology include George Steinmetz, The Politics of Method in the Human Sciences: Positivism and Its Epistemological Others; Immanuel Wallerstein, The End of the World As We Know It: Social Science for the Twenty-First Century; Craig Calhoun, Sociology in America: A History; and Alvin Gouldner, The Coming Crisis of Western Sociology. Andrew Abbott's Chaos of Disciplines is also a very interesting treatment of the sociology of the social science disciplines and the mechanisms through which a discipline defines its boundaries and maintains "discipline".

In sociology it is possible to map the main fault lines within the discipline in several ways. First, we can distinguish quantitative-statistical research from both qualitative-ethnographic approaches and comparative-historical approaches. (It's worth observing that this results in a tripartite division of methods rather than the simpler bipolar "quantitative-qualitative" divide. Historical and comparative studies are distinct from statistical studies, but they are also distinguishable from ethnographic interpretations.) Or we can characterize this space in terms of "large-N, small-N, single-N" studies. And we can distinguish broadly among positivist and anti-positivist perspectives; causal and interpretive perspectives; realist and anti-realist perspectives; critical and orthodox perspectives; and there are probably other important dimensions of disagreement as well. In addition to these large divisions among methodological approaches, there are also a large number of frameworks of thought that involve a combination of method and theory -- for example, feminist sociology, post-structuralist sociology, critical theory, and post-colonial sociology.

The disputes between these methodological frameworks seem to continue to create large, fractious divides within graduate sociology departments, with advocates for one method or the other claiming virtually exclusive legitimacy. And this struggle for methodological primacy appears to extend to the editorial policies of major sociology journals, association programs, and tenure deliberations. Until fairly recently -- the 1990s, let us say -- the quantitative-statistical faction held sway as the hegemonic methodological doctrine. Inspired by positivism and the example of the natural sciences and perhaps guided by governmental and foundation funding priorities, quantitative studies were considered most scientific, most rigorous, most objective, and most explanatory. Historical and interpretive studies were treated as "ideographic" or anecdotal -- not well suited to discovering important social regularities. And yet it seems apparent that many problems of sociological interest are not amenable to quantitative or statistical research.

Let's consider for a moment how these issues ought to work -- how method, theory, and the world ought to be related. In any area of science there is a range of phenomena that we want to understand. So we need to have tools for investigating the real, empirical characteristics of this stuff, and we aim to arrive at theories that explain the more interesting features of this domain of real phenomena. Finally, we need some intellectual resources on the basis of which to arrive at the desired knowledge -- we need some methods of inquiry, some models of theory, and some ideas about the underlying ontology of the phenomena we are studying. So the world exists; we want to gain knowledge and understanding of this world; and we need some tools for investigating and theorizing this world.

But here is the key point: the central focus here is knowledge, not method. Method is a tool for helping us to arrive at knowledge. For any given empirical question there will be a variety of methods on the basis of which to investigate this problem. And ideally, we should select a set of tools that are well suited to the particular characteristics of the problem at hand.

In other words, analysis of the situation of knowledge producers would suggest methodological pluralism. We should be open to a variety of tools and methods, and should design research in a way that is closely tailored to the nature of the empirical problem. And therefore young sociologists -- graduate students -- should be encouraged to be eclectic in their reading and thinking; they should be exposed to many of the approaches, perspectives, and methods through which imaginative sociologists have addressed their problems of research and explanation.

This general recommendation in favor of pluralism in sociology is strengthened when we consider the fact of the inherent heterogeneity of the social world. (See an earlier posting on this subject.) There is not one single kind of social process, for which there might conceivably be a uniquely best kind of method of inquiry. Rather, the social world consists of a deeply heterogeneous mix of processes, some of which are better suited to an ethnographic or comparative approach, just as other processes may be best studied quantitatively. If one is interested in the topic of corruption, for example -- he/she will need to be informed about institutions, culture, principal-agent problems, social psychology, and many other potentially relevant sociological factors. And these researches may well require a combination of statistical analysis, comparison across a select group of cases, and ethnographic investigation in a small number of specific cases and individuals.

In other words, there are very deep arguments supporting the value and epistemic suitability of methodological pluralism. And this in turn suggests that sociology departments are well advised to incorporate a variety of methods and frameworks into their doctoral programs.

Fortunately, it appears that this rethinking is now taking place in a number of top sociology departments in the U.S., and the formerly hegemonic position of quantitative methods is now being challenged by a more pluralistic treatment of methods and frameworks. And this is all to the good: the result will be a better sociology and a better understanding of the heterogeneous, novel, and rapidly changing world in which we find ourselves.
Posted by Dan Little at 9:45 PM

Congratulations for your blog.

First i want to apologize because i´m spanish and i speak english very bad.

Your analysis is very great. You have made a good job.

I study sociology and your blog is very interesting for me.