What is a norm? 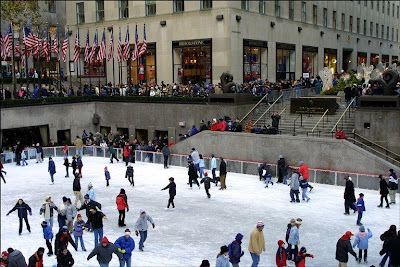 The role of norms in social behavior is a key question for sociology. Is a norm a sociological reality? And do individuals behave in conformance to norms?

We can offer mundane examples of social norms deriving from a wide range of social situations: norms of politeness, norms of fairness, norms of appropriate dress, norms of behavior in business meetings, norms of gendered behavior, and norms of body language and tone of voice in police work. In each case we suppose that (a) there is a publicly recognized norm governing the specified conduct within a specific social group, (b) the norm influences individual behavior in some way, and (c) sanctions and internal motivations come into the explanation of conformant behavior. Norm-breakers may come in for rough treatment by the people around them -- which may induce them to honor the norm in the future. And norm-conformers may do so because they have internalized a set of inhibitions about the proscribed behavior.

Here are a number of key empirical and conceptual questions that are raised by norms.
Before we can go much further into this issue, we need to have a fairly clear idea of what we mean by a norm. We might define a norm as --

a socially embodied and individually perceived imperative that such-and-so an action must be performed in such-and-so a fashion.

We can then separate out several other types of questions: First, what induces individuals to conform to the imperative? How do individuals come to have the psychological dispositions to conform to the norm? Second, how is the norm embodied in social relations and behavior? And third, what are the social mechanisms or processes that created the imperative within the given social group? What mechanisms serve to sustain it over time?

To the first question, there seem to be only three possible answers -- and each is in fact socially and psychologically possible. The imperative may be internalized into the motivational space of the individual, so he/she chooses to act according to the imperative (or is habituated to acting in such a way). There may be an effective and well-know system of sanctions that attach to violations of the norms, so the individual has an incentive to comply. These sanctions may be formal or informal. The sanction may be as benign as being laughed at for wearing a hawaiian shirt to a black tie ball (I'll never do that again!), or as severe as being beaten for seeming gay in a cowboy bar. Or, third, there may be benefits from conformance that make conformance a choice that is in the actor's rational self-interest. (Every time one demonstrates that he/she can choose the right fork for dessert, the likelihood of being invited to another formal dinner increases.) Each of these would make sense of the fact that an individual conforms his/her behavior to the requirements of a norm and helps to answer the question, why do individuals conform to norms?

The questions about the social embodiment of a norm are the most difficult. Does the embodiment of a given norm consist simply in the fact that a certain percentage of people in fact behave in accordance with the rule -- for whatever reason? Does the norm exist in virtue of the fact that people consciously champion the norm and impose sanctions on violators? Might we imagine that human beings are normative animals and absorb normative systems in the way that we absorb grammatical systems -- by observing and inferring about the behavior of others?

As for the third cluster of questions about genesis and persistence, there is a range of possibilities here as well. The system may have been designed by one or more deliberate actors. It may have emerged through a fairly random process that is guided by positive social feedback of some sort. It may be the resultant of multiple groups advocating for one set of norms or another to govern a given situation of conflict and/or cooperation. And, conceivably, it may be the result of something analogous to natural selection across small groups: the groups with a more efficient set of norms may out-perform competing groups.

For example, how should we explain the emergence and persistence of a particular set of norms of marriage and reproduction in a given society? Is it causally relevant to observe that "this set of norms results in a rate of fertility that matches the rate of growth of output"? How would this functionally desirable fact play a causal role in the emergence and persistence of this set of norms? Is there any sort of feedback process that we can hypothesize between "norms at time T", "material results of behavior governed by these norms at T+1", and "persistence/change of norms at time T+2"? The business practices of a company are consciously adjusted over time to bring about better overall performance; but what about spontaneously occurring sets of social norms? How do these change over time? Do individuals or groups have the ability to deliberately modify the norms that govern their everyday activities?

It seems inescapable that norms of behavior exist in a society and that individuals adjust their behavior out of regard for relevant norms. The microfoundations of how this works is obscure, however, in that we don't really have good answers to the parallel questions: how do individuals internalize norms? And how do informal practices of norm enforcement work? And what social-causal factors play a role in the emergence, persistence, and change of a system of norms at a given time?

(The photo of the ice rink at Rockefeller Center is intended to evoke several observations about social norms: the facts that the skaters are largely moving in a counter-clockwise direction, no one is carrying a hockey stick, and there are many children present all reflect one aspect or another of the norms governing skating in public arenas.)
Posted by Dan Little at 4:33 PM

if that is a norm, then what is a convention?

I'd say that a convention is a regularity of behavior that represents a beneficial solution to a common problem that works insofar as most people act in accordance with it; and the motivation for acting in accordance with the convention is the fact that the agent derives the associated benefits. I'm thinking here of David Lewis's book Convention. This implies that an important difference between a norm and a convention is the presence/absence of sanctions. (The example I gave of the pattern of counter-clockwise skating in the ice rink probably falls in the category of convention rather than norm on that definition.)

I've recently gotten interested in the role of normalization in politics both in the way the constant feedback of the blogosphere distorts the process (http://daddywhatsarepublican.blogspot.com/2009/02/normalization-panic-and-groupthink.html)
and in the way that the different parties set their norms in such a way that it leaves no common ground.
(http://daddywhatsarepublican.blogspot.com/2008/11/courting-disaster.html)

Any chance of a blog entry on these aspects of normalization? I'd like to get your take on the subject.

"...how should we explain the emergence and persistence of a particular set of norms of marriage and reproduction in a given society?"

An extension of politics and strategy among premodern elites in societies ranging from Burma to Machiavelli's Italy, see especially: Robust Action and the Rise of the Medici, 1400-1434, Padgett and Ansell, American JOurnal of Sociology, vol. 98, no. 6 1993

Also Avner Greif, A Theory of Endogenous Institutional Change, is the first paper I thought of when i read this stimulating post.
http://www.stanford.edu/~avner/

These are great suggestions -- thanks. The PDF article "Commitment, Coercion and Markets" is especially relevant to the last several posts on the new institutionalism.

Mark, You've said it well in the two posts you mention. I suppose all I have to add is the point that forming beliefs about the external world -- the natural world or the social world -- really requires that we leave ourselves open to evidence generated by the world, not simply manufactured or selected out of our antecedent biases and assumptions. So the "echo chamber" that you describe is one that is more or less guaranteed not to lead to a veridical understanding of the world. It is more like a prison house of antecedent assumption and bias.

I think the other key thing to norms is that they generally have an associated value that is not utility-based/commensurable. norms are tied to these non-commensurate values, whereas conventions may be tied to some utility calculation, but as you note, hold no system of sanction that would indicate a value.

So if my journal submission doesn't conform to the journals various arbitrary conventions for article submission, I won't be sanctioned for it?

The journal's requirements are not conventions; they are rules or procedures over which they have the power of enforcement -- declining publication until conformity is reached. So that's an easy case, isn't it?

Is it o.k. to break a norm amongst a huge Hispanic family such as my own who all attend a cook off family event that consists of over 100 people, who go there mainly to drink, let their kids do whatever the hell they want and have a good time, while most of them are complaining that their stomach's hurt while holding beers in their hands? I went to one of these events and rarely ever do, just to observe. I found that the adults were acting more like children, and the children were acting more like adults!

There is a burgeoning field in neuroscience looking at the assimilation and adaptation to norms; many of these using computational models of preference and reinforcement learning. Lots of value there, though sometimes this research confuses norms with normality, e.g. this http://www.sciencedirect.com/science/article/pii/S0896627308010209