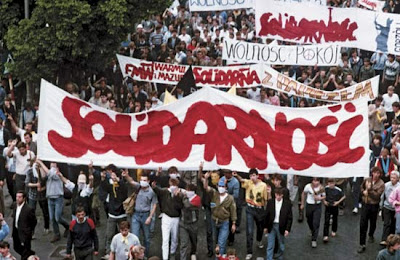 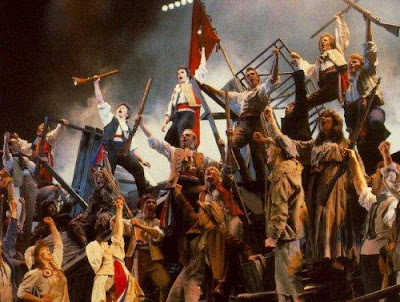 Marxism is concerned with the politics of class: the success or failure of working class organizational efforts, the occurrence of collective action in defense of class interests, the logic of working class electoral politics, and the occurrence of revolution. Marx attempted to analyze and explain a variety of political phenomena--e.g., the forms that working class political action took in 1848 in France, the reasons for Napoleon III's overwhelming electoral victory in 1849, and the efforts by organizations of the English working class to achieve the Ten Hours Bill. What assumptions underlie Marx's analysis of the political behavior of class? I would say that his theory comes down to three elements: a theory of individual means-end rationality, a theory of ideology, and a theory of class consciousness.

I believe, surprisingly, that there is much in common between Marxism and the rational-choice model of political behavior. (So does Adam Przeworski; Capitalism and Social Democracy

.) The rational-choice approach postulates that individuals' political behavior is a calculated attempt to further a given set of individual interests--income, security, prestige, office, etc. One might suppose that such an approach is unavoidably bourgeois, depending upon the materialistic egoism characteristic of market society. However, I maintain that Marx's theory of political behavior, like his theory of capitalist economic behavior, is ultimately grounded in a theory of individual rationality. Roughly, Marx's fundamental postulate of political analysis is that:

Second, Marx’s theory of political behavior incorporates the concept of ideology. Ideologies, or "false consciousness", are systems of ideas that affect the worker's political behavior by instilling false beliefs and self-defeating values in the worker. An ideology may instill a set of values or preferences that propel individual behavior in ways that are contrary to the individual's objective material interests. Further, ideologies modify purposive individual action by instilling a set of false beliefs about the causal properties of the social world and about how existing arrangements affect one's objective interests. Rational individuals, operating under the grip of an ideology, will undertake actions that are contrary to their objective material interests, but are fully rational given the false beliefs they hold about the social world they inhabit and their mistaken assumptions about their real interests and values. An ideology is an effective instrument, then, in shaping political behavior within a class system; it induces members of exploited classes to refrain from political action directed at overthrowing the class system. And this is indeed Marx's use of the concept; an ideology functions as an instrument of class conflict, permitting a dominant class to manipulate the political behavior of subordinate classes. It is an important task to try to identify the institutions and mechanisms through which an ideology is conveyed to a population.

A third important component of Marx’s theory of political behavior is his concept of class consciousness. The term refers to a set of motivations, beliefs, values, and the like, that are specific and distinctive for a given class (peasantry, proletariat, petty bourgeoisie). Marx holds that these motivational factors serve to bind together the members of a class and to facilitate their collective activities. Class consciousness takes the form of such motives as loyalty to other members of one's class, solidarity with partners in a political struggle, and commitment to a future social order in which the interests of one's class are better served. Marx describes such a complex of psychological properties, and their social foundation in The Eighteenth Brumaire.

"A whole superstructure of different and specifically formed feelings, illusions, modes of thought and views of life arises on the basis of the different forms of property, of the social conditions of existence. The whole class creates and forms these out of its material foundations and the corresponding social relations. The single individual, who derives these feelings, etc. through tradition and upbringing, may well imagine that they form the real determinants and the starting-point of his activity." David Fernbach, ed., Surveys from Exile. Political Writings Volume II.

A class is supposed to develop its own conscious identity of itself as a class. Insofar as a group of people who constitute a structurally defined class fails to acquire such attitudes, Marx denies that the group is a class in the full sense at all (a class-for-itself as well as -in-itself). Marx does not provide an extensive analysis of the process through which class consciousness emerges, even within capitalism, but he suggests that it takes form through a historical process of class struggle. As workers or peasants come to identify their shared interests and as they gain experience working together to defend their shared interests, they develop concrete ties within their political groups which provide motivational resources for future collective action. Here again, we need to have a sociology of the institutions that contribute to the formation of this feature of social psychology -- perhaps along the lines of the analysis offered by E. P. Thompson in Making of the English Working Class

A central function of class consciousness in Marx's political theory is to explain the moral capacity of members of exploited classes to join in prolonged, risky struggles in defense of their material interests. The concept of class consciousness thus functions as a bridge between individual interests and collective interests in classical Marxist analysis of political behavior. It gives workers effective motivation to undertake actions and strategies that favor their group interests, and it gives them motivational resources allowing them to persist in these strategies even in the face of risk and deprivation (i.e., in circumstances where the collective strategy imposes costs on the individual's interests). This treatment of class consciousness shows a sensitivity to the point that political behavior is often driven by a set of motives that are richer than a narrow calculus of self-interest. Ralph Miliband's work illustrates this point; State in a Capitalist Society: An Analysis of the Western System of Power

Here, then, we have an austere model of political behavior that can legitimately be attributed to Marx: Members of groups form beliefs about their material interests, and they act intelligently to further those interests. Members of groups form beliefs about their social world that are sometimes seriously misleading about how the social world works (ideologies). And members of groups sometimes gain a social psychology of solidarity and loyalty that gives them a degree of capacity to act as a group (class consciousness). The eventual behavior of an economic group is the aggregate result of the group’s perceptions of its interests, its mental map of how the social world works, and the resources of solidarity that it possesses. It is a materialist theory; it is an agent-centered theory; and it is a theory that invites serious investigation of the processes through which the social psychology of a group are formed.

See prior postings on class, power, and mobilization: link, link, link. An important finding of much discussion of political mobilization since Marx's time is that a purely economic and materialist account of political motivation leaves out a great deal of contemporary political behavior -- for example, ethnic mobilization, identity politics, and political protest (Teheran today).
Posted by Dan Little at 12:43 PM

Being a die-hard Marxist since the minute I learned to read, I believe that capitalism is the root of all evil.

Thanks for the comment. but from a historical point of view it's hard to defend. I assume you mean that capitalist exploitation underlies all human conflict and suffering. But what about ethnic conflict in Sri Lanka or Kenya; mass starvation in the Ukraine or the Great Leap Forward; ethnic cleansing in Bosnia; state repression in Burma? Isn't it plain that there are many causes of conflict and domination?

I believe it is the root of SOME evil.

I understand that marx studied class struggle on a structural scale, not a micro one. That said, there have always been two classes throughout history that come to odds, but there are also other ones and there are also different degrees in each class. The proletariat and the burgoisie are enemies because of historical and material factors, but there are others. Capitalism has fed itself with other evils such patriarchy, nationalism , xenofobia and created other "lesser evils". These evils have always existed, but capitalism made them even bigger.