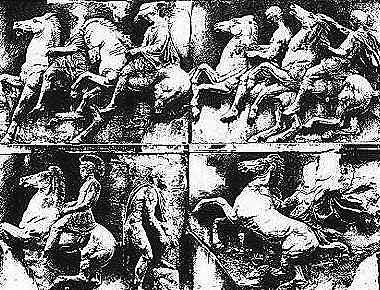 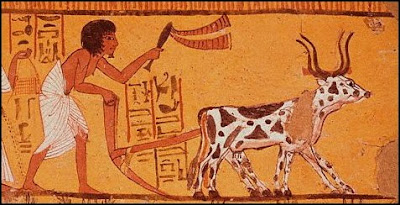 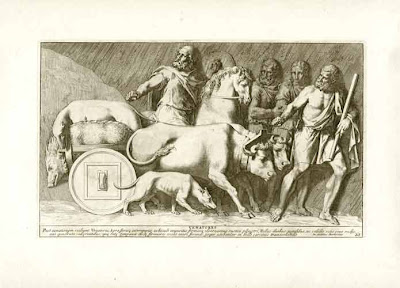 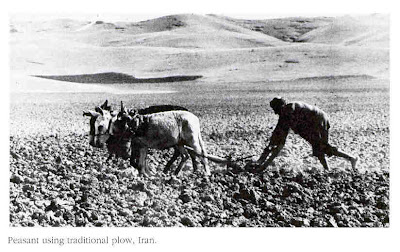 One of Max Weber's early areas of research was what might be called "macro agrarian history". This was a field of research that Weber himself largely invented. He undertook to document and explain the large patterns of economic development in the ancient world, including especially the social systems surrounding farming and animal husbandry. Weber's cases include Mesopotamia, Egypt, Israel, Greece, and Rome. How did the fundamental material activities of farming, trading, and consuming contribute to the development of major civilizations? This research culminated in several important manuscripts, including in particular Agrarian Sociology of Ancient Civilizations (1909; translated and edited by R. I. Frank in 1976). Weber was particularly interested in the causal and structural features of the specific forms of property relations, labor, trade, taxation, and consumption that characterized the social economies of the ancient world. And he tries to show how certain features of the agrarian system influenced the emergence of certain political and legal forms.
The title "Agrarverhältnisse in Altertum" is translated as "Agrarian Sociology of Ancient Civilizations"; but this is a little misleading. It's not so much a work of sociology as it is a work of economic and political history at a civilizational level. The essay is offered as an account of the history and particularity of the rural economies of the ancient world -- closer to economic history than sociology.

Weber's treatment of ancient Greece is particularly detailed. So let's inventory some of the main components of his account to get a flavor of his approach. This will give us a better idea of how he set about trying to understand and explain the social world that is presented through ancient Greek literature. Here are the first few paragraphs of his description of the agrarian society of "historic Greece" -- the contemporary society of Homer, or roughly 1000 BCE:

The Greeks raised spelt, barley, and wheat, alternating this in each field with grass (hence leases were for an even number of years). This system continued to be followed except in those areas specializing in a particular crop. Occasionally, it seems, the three-field system was used, but there was no change of crops, except that legumes were grown on fallow land. The use of manure is mentioned in Homer (but green manure was not used until later times); in general, however, agricultural techniques were stabilized at a rather primitive level and thereafter did not develop.

Thus the main features of Greek agriculture continued to be ploughing with a hooked plough (for long entirely of wood) drawn by oxen, sowing seed in furrows, hacking and weeding the grain fields, and harvesting with sickle and threshing board. Hence labour intensity was considerable, and since virgin land was no longer available, it was difficult to shift from subsistence agriculture to market production, even though grain prices were high in later times.

Cattle raising does not seem to have been much reduced in extent by farming until the age of the tyrants, who favoured the peasantry. The Homeric epics indicated a diet based mainly on cheese, milk, and -- among aristocrats -- meat. Clothing was made of wool and skins. (147)

So -- crops, technology and practice, labor productivity, and consumption patterns. And what about the social relationships within which these farm activities took place?

In historical times the prevalent form of living unit was the patriarchal nuclear family. Women and children were in much the same position as among Semitic peoples: women could be bought or else married with dowry; husbands had the right to send away their wives, and could sell, rent, expel, or kill their children. Later the laws governing legitimacy, and the feeling for kin ties cultivated among the great families combined to reduce these powers of the father over his children; by the time when the Gortyn Code was first framed these changes had all taken place. (148)

But whereas the masses lived in nuclear families, nobles and kings -- at first the same -- lived as elsewhere in large households including agnates of a clan (genos). The purpose of this was to preserve the unity of inheritable landed estates. Thus both separate and group inheritance are mentioned in the Homeric epics; see the homosipuoi of Charondas, equivalent to the homogalaktes of Attic law. (148)

Here we have some social detail: the family, property in land, inheritance, and a "class" distinction between the farmer class and the elite families. And we have regular reminders of the primary historical sources underlying these descriptions: the Homeric epics and other surviving texts from Greek literature and history.

Weber quickly identifies social inequality in ancient Greek society and points to a system of wealth extraction from the masses to the elite families:

Those people who did not belong to a numerous and economically established clan, who were in short without land, found themselves forced to enter the clientele of one or another aristocrat. This was a later development, as the supply of new land declined and differences in wealth developed; originally membership of the community and ownership of land each presupposed the other. (149)

What about politics -- the use of military force to extract resources and compel population behavior?

The Dorian cities were fundamentally military states, and so everywhere they maintained the same three tribes. Elsewhere there was great variety, but everywhere and always the formal division of a community into tribes signified one thing: that a people had constituted itself as a polis ready for war at any time. It should be noted here that the proper word for a tribe in a non-urbanized community was ethnos, as is shown by the documents of the Delphic Amphictyone. (151)

More precise information is not available for the political and social structures of autonomous communities in early times. If, however, we rely on analogies with other peoples, then we can assume that in each community the position of ruler (anax) came to be hereditary in a family made prominent by wealth in cattle and marked out as favoured by the gods by success in war and equity in judgment. (151)

When he moves on to the later period in ancient Greek history he extends the list of concepts used to characterize society; he describes the development of cities, the extension of long-distance trade, the social and cultural influence of Asia Minor, and the growth of political power wielded by aristocratic kings.

This is just a small snapshot of Weber's historical reasoning in Agrarian Sociology of Ancient Civilizations. The book is methodical, and it moves through an orderly series of objective concepts of social organization in order to provide a description of the historically given society.

So the text is full of interesting claims and details about the agrarian regimes of human society 3,000 years ago. But here is the question that needs posing in the context of UnderstandingSociety: What is Weber trying to accomplish in this piece of writing? And how does his analysis shed light on his intuitive views of social and historical knowledge? What can we discover about Weber's sociological imagination from this book? Several summary comments seem fairly clear.

First, much of the intellectual work here is devoted to de-coding the social and economic implications of surviving Greek literature, including particularly the Homeric poems. Weber is trying to piece together a coherent story of the modes of farming, technology, property, family, kinship, and kingship that are implied in the many small clues about social life contained in the Homeric corpus. So there is a large part of the work that is intended to be conceptual and descriptive.

Second, Weber lays bare one of his own interests in his construction of the text: a concern for viewing large social formations -- civilizations or social-economic regimes -- and discovering some of the material and situational factors that influence their development. This introduces an explanatory ambition to the work; Weber wants to be able to explain how some developments are the causal result of other developments.

Third, there is an important element of comparison involved in the book. Weber is plainly interested in noticing the differences as well as the similarities in the agrarian regimes he describes in Egypt, Greece, or Rome.

Fourth, there is not much attention given to the role of ideas or ideologies in this book -- in contrast to the central role that ideas play in his comparative religion research some years later. And there is no trace of "interpretive" inquiry in this book either. Weber is trying to discover an objective vocabulary in terms of which to describe the material and social arrangements that are implied by the Homeric corpus, without attempting to say how the agents experienced or represented these social relations. This is not a "hermeneutic" book; if anything, it more resembles an ethnographically sensitive materialism. We might even say that the book is Weber's, but it is something other than Weberian.

Finally, the topic of power returns repeatedly throughout the book. Weber demonstrates his recurring interest in the role that coercion and military force play in the organization of society and the concentration of wealth.

Several generations later, the great classical historian M. I. Finley undertook a parallel investigation of the agrarian economies of Greece and Rome in The Ancient Economy (1973). Finley's work is more clearly organized by the goal of showing how the material, technical, and social relations he describes constitute an economic system -- a system of production and reproduction. And it reflects a modest kind of Marxism in its effort to describe the forces and relations of production in the ancient world. Certainly the body of historical data that was available to Finley about the social arrangements of the ancient world was much greater than what was available to Weber; in this sense we are likely to judge that Finley's account is more likely to be accurate in detail. But it is very interesting to read the two books side-by-side; they have a lot in common. And each presents an ambitious view of what is involved in knowing how ancient societies worked.

(It is interesting to discover that M. I. Finley and R. I. Frank, the translator and editor of Agrarian Sociology of Ancient Civilizations, had a bit of a dust-up in the New York Review of Books in 1970 over a review that Finley wrote of several books on the Roman Empire.)