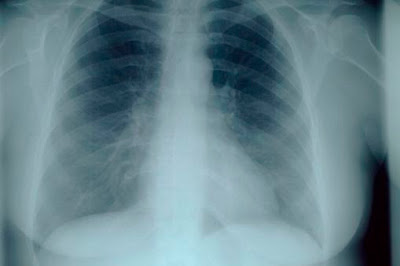 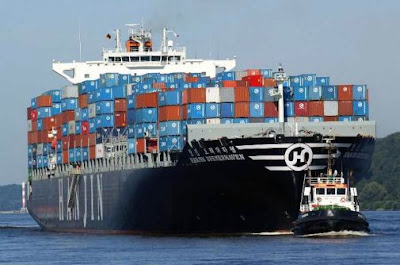 Scientist and philosopher Michael Polanyi introduced the idea of "tacit knowledge" in his 1958 book, Personal Knowledge: Towards a Post-Critical Philosophy

(Google Books link). The book was presented as a critique of the positivist conception of scientific knowledge and the idea of knowledge as a system of logical statements. Polanyi was trained as a physician before World War I; worked as a research chemist between the wars; and found his voice as a philosopher of science subsequently. (Michael Polanyi is the brother of Karl Polanyi, discussed here.)
This is an interesting concept, and one that captures an important dimension of knowledge that is absent in most philosophical treatments of epistemology ("knowledge is a system of true justified beliefs"). The simple idea is that there are domains of knowledge that are not represented propositionally or as a system of statements, but are rather somehow embodied in the knower's cognitive system in a non-propositional form. This aspect of knowledge is more analogous to "knowing how" than "knowing that". Polanyi gives the example of a physician in training learning to "read" an x-ray. What is first perceived simply as an unintelligible alternation of light and dark areas, eventually is perceived by the experienced radiologist as a picture of a lung with a tumor. So the physician has somehow acquired a set of perceptual and conceptual skills that cannot be precisely codified but that permit him/her to gain a much more knowledgeable understanding of the patient's hidden disease than the novice. (This seems to be part of what Malcolm Gladwell is getting at in Blink: The Power of Thinking Without Thinking.)
It is unremarkable to observe that many aspects of skilled performance depend on "knowledge" that cannot be articulated as a set of statements or rules (link). The basketball guard's ability to weave through defenders and find his way to the basket reflects a complex set of representations of the court, the defenders, and probable behaviors of others that can't be codified. So it seems fairly straightforward to conclude that human cognition incorporates representations and knowledge that do not take the form of explicit systems of statements. Rather, these areas of knowledge are more "intuitive"; they are more akin to "body knowledge." But they are nonetheless cognitive; they depend on experience, they can be criticized and corrected, and they are representational of the world. (Talk to a skilled athlete about a complex task like finding a shot on goal in hockey or beating the defender to the basket, and you will be struck by the degree of intuition, gestalt, and realism that is invoked. And the same is true if you talk to an experienced labor organizer or a police detective.)
What is striking about Polanyi's position in Personal Knowledge is that he shows that these forms of practical knowledge do not pertain solely to physical skills like wine-making, playing basketball, or piloting a tug boat. Instead, they extend deeply into the enterprise of scientific knowledge itself. An experimental chemist or physicist has an uncodified ability to interpret instruments, evaluate complex devices, or recognize unexpected results that is the result of experience and training and cannot be reduced to a recipe or algorithm. And the difference between a gifted sociologist and a pedestrian one is his/her ability to probe a set of social facts for the underlying patterns, mechanisms, or questions that they suggest. These are ideas that return again in post-positivist philosophers and historians of science like Thomas Kuhn, Norwood Hanson, and Peter Galison; each of these scholars emphasizes the tight relationship that exists in scientific education and imagination between scientific practices, scientific instruments, and scientific knowledge. Galison's Einstein's Clocks, Poincare's Maps: Empires of Time

is particularly interesting.
This recognition opens up a number of areas for empirical and theoretical research. The cognitive psychologist can ask a series of questions about how this kind of knowledge is represented in the knower's cognitive system. Does the basketball guard have a "cognitive map" of the court that he updates regularly? (This is a subject for non-human cognitive psychology as well as human cognition.) And the phenomenological sociologist like Erving Goffman can probe in detail the forms of tacit knowledge that the skilled intellectual performer is making use of -- the lawyer or accountant, or the research scientist (link).
This line of thought converges to some extent with arguments that Hubert Dreyfus advanced in What computers can't do: A critique of artificial reason

in 1972. (Here is his update of his position; What Computers Still Can't Do: A Critique of Artificial Reason

.) Dreyfus was fundamentally critical of artificial intelligence research in the 1960s, and the strategy of attempting to codify expert knowledge in the form of a set of rules that could then be implemented as computational algorithms. His position was a phenomenological one; basically, he took issue with the idea that cognitive competences like chess-playing, problem-solving, or pattern recognition could be reduced to a set of precise and separate rules and statements. Instead, there is a holistic aspect in ordinary practical knowledge that cannot be reduced to a set of discrete algorithms.
Of special interest for UnderstandingSociety is the question of whether ordinary people have "tacit social knowledge" of the social world they inhabit (link, link, link). What is involved in the competence a person demonstrates when he/she successfully navigates a formal dinner or a contentious union-hall argument? Can the knowledge that the competent social participant has about expected behavior from particular individuals be represented as a sum of propositional beliefs? Or, more plausibly, is this a good example of tacit knowledge, more akin to a rough map of a terrain than a codified set of statements? What about failures of tacit knowledge -- clumsiness (link)? And what is the system of social cognition through which ordinary social knowers gain these cognitive competences and update them through subsequent experience? All of this makes me think that we need richer models of mental life and competence than we currently possess (link).
Posted by Dan Little at 8:33 AM

You are correct about Dreyfus, who was one of my mentors at Cal. As Wittgenstein said:

"I did not get my picture of the world by satisfying myself of its correctness; nor do I have it because I am satisfied of its correctness. No: it is the inherited background against which I distinguish between true and false."

"All testing, all confirmation and disconfirmation of a hypothesis takes place already within a system. And this system is not a more or less arbitrary and doubtful point of departure for all our arguments; no it belongs to the essence of what we call an argument. The system is not so much the point of departure, as the element in which our arguments have their life."

And these two quotes:

Style is not something applied. It is something that permeates. It is of the nature of that in which it is found, whether the poem, the manner of a god, the bearing of a man. It is not a dress. W. Stevens

Man can embody truth but he cannot know it. W.B. Yeats

Oliver Sacks and Michael Boyd had an interesting discussion about how actors memorize their lines that speaks to this issue:

"One may also lose events from one’s own past. One may lose one’s entire autobiography and a great deal of general knowledge. But one does not lose the ability to act or to perform."

In my view, this concerns political economy in that all policy decisions must take into account the assumptions and presuppositions of the people who will act on the policies. Here's a post dealing with Lehman that way:

"A financial crisis is not the best time for reform or building credibility, especially if those actions go against the private sector’s expectations. Policymakers should focus their attention on putting out the fires and minimise the short-run social costs."

One must be aware of the implicit and explicit context in which actions take place.

Just a note to warn that one ought to be careful to distinguish between what is generally possible, and what is possible with respect to human cognitive systems.

What can or cannot be "explicitly codified" depends on the representation language being employed.

Machine learning and artificial intelligence have made, and continue to make, great progress in many tasks and domains declared by naysayers to be simply unachievable, Dreyfus's views notwithstanding. Computer vision, for example, has made significant progress in doing everything from classifying human behaviors in video, to identifying tumors in x-rays. The models used can be quite explicit, even if they do not translate into natural language well (for example, because they are probabilistic).

Thanks, Don. It seems to me that the remaining question is the interior cognitive system issue: how is this kind of knowledge of the world contained in the knower's scheme of representation of the world? What is involved in this active cognition of a rapidly changing environment of action and knowledge? It's as simple or as difficult as explaining how it is that an experienced football coach can take in the field of play and recognize the nature of the actions being performed by 22 players in detail -- here a missed block, there a pass pattern that didn't work as it was supposed to, there a nice piece of improvisation by the running back. Is this akin to pattern recognition? It's clearly conceptual; but it's not analytical -- that is, not methodically developed from a list of rules about where the various players ought to be at various times.

It seems that I have suffered from a bit of clumsiness of my own for forgetting to log into my google account and publishing that last comment anonymously.