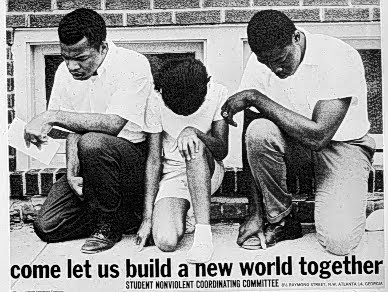 There are several natural starting points when we begin thinking seriously about the social world and how it works. For example, we can begin with individual agents and try to understand social patterns as the expression of common features of reasoning and motivation by stylized agents. This is roughly the strategy underway in rational choice theory, neoclassical economics, game theory, and methodological individualism. Or we might begin with an account of group attributes -- race, class, gender, ethnicity, religion. This is roughly the way in which Durkheim, Giddens, and Du Bois begin -- with a kind of macro-social set of categories in terms of which we attempt to understand social structure and behavior.

A couple of points are pretty obvious. One is that social networks do in fact constitute a key causal mechanism underlying many social processes. We can explain important features of social and political life by identifying the concrete social networks that exist within the population: the transmission of ideas, knowledge, and styles through a population; the selection of important leaders in government and industry; the effective reach of the state; the course of mobilization within a community around an important issue; and the effectiveness of a terrorist group, to name a few examples. A second point is that networks have specific features of topology and functioning that have causal consequences that are largely independent from the personal characteristics of the people who constitute it. For example, information may travel more quickly through a network of people containing many midsized nodes than one containing just a few mega-hubs. And this structural fact may suffice to explain some social outcomes: for example, this rebellion succeeded (because of rapid transmission of information) whereas that one petered out (because of ineffective communications).

Consider two very different examples of group behavior: synchronized cheering in a stadium and the spread of boycotts in Alabama in the early 1960s. The first case involves no social network at all. Cheerleaders stationed around the field initiate the chant as the noise moves to their part of the stadium, and many fans respond when called. Fan behavior is explained by the fan's observation of the behavior of other fans and the motions of the cheerleader. The boycotts had a different dynamic. Organizations emerged which set about to mobilize support for the strategy of boycott. Some of this effort took the form of public calls to action. But a larger part of the mobilization occurred through the workings of extended networks of engaged people -- ministers, union activists, student organizations, and civil rights groups. And the effectiveness and pattern of dissemination of the call to action depended critically on the scope and structure of each of these networks of networks -- networks among leaders of diverse organizations and subordinate networks clustered around each leader. (Doug McAdam describes these processes in detail in Political Process and the Development of Black Insurgency, 1930-1970

These examples seem to lead to a couple of observations. One is that social networks are not critical for every form of social action. But the exceptions are pretty simple cases of spontaneous coordination. And second, the example of civil rights mobilization illustrates very clearly why we should expect that social networks are usually crucial. The reason is straightforward: almost all social outcomes require a degree of coordination, communication, and mobilization. A social network is not the only way of bringing these factors about -- cheerleaders and television stations can do it too. But the causal importance of social networks is likely to be great in many cases. And for this reason it seems justified to conclude that social networks are in fact fundamental to social explanation.  Likewise, it appears correct to say that they function as bridging mechanisms from micro to macro, in that they help to convey the actions of local agents onto larger social outcomes (and back!).