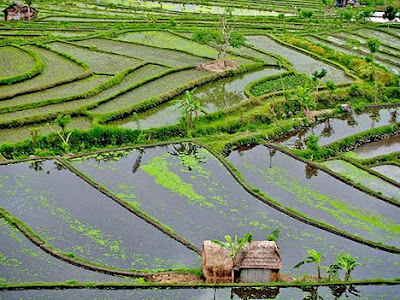 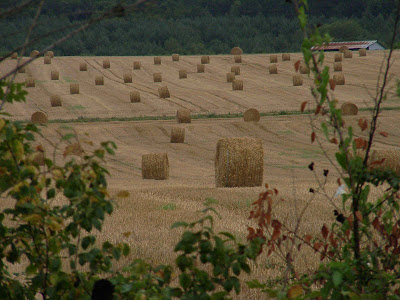 One of Marc Bloch's most important contributions was to reinvigorate the idea of "comparative history." Bloch believed that we could understand French feudalism better by putting it into the context of European legal and property regimes; and more broadly, he believed that the careful comparison of agrarian regimes across time and space could be an important source of insight into human societies. Moreover, he did not believe that the cases needed to be sociologically connected. He thought that we would learn important new truths by comparing medieval French serfdom with bonded labor in Senegal in the twentieth century, and one of the innovations developed in Bloch's editorship of Annales d'histoire économique et social was precisely his openness to this kind of comparison. (Bloch's ideas about comparative history are presented in his 1928 article, "Toward a Comparative History of European Societies," reprinted in Frederick C. Lane and Jelle C. Riermersma, eds., Enterprise and Secular Change: Readings in Economic History

. See William Sewell's article, "Marc Bloch and the Logic of Comparative History" (link), for a sophisticated discussion of Bloch's theory of comparative history. Another useful resource is Colleen Dunlavy's syllabus for seminar on comparative history at the University of Wisconsin (link).)

What is "comparative history"? Most basically, it is the organized study of similar historical phenomena in separated temporal or geographical settings. The comparative historian picks several cases for detailed study and comparison, and then attempts to identify important similarities and differences across the cases. Theda Skocpol's treatment of social revolution is a case in point (States and Social Revolutions: A Comparative Analysis of France, Russia and China

); Skocpol is interested in examining the particulars of the French, Chinese, and Russian Revolutions in order to discover whether there are similar causal processes at work in these three cases.

There might be several goals. First, we might imagine that some of these phenomena are the effect of similar causal processes, so comparison can help to identify causal conditions and regularities. This approach implies that we think of social structures and processes as being part of a causal system, where it is possible to identify recurring causal conditions. This seems to be Skocpol's approach in States and Social Revolutions, though she later extends her views in an article mentioned below. Researchers often make use of some variant of Mill's methods in attempting to discover significant patterns of co-variation of conditions and outcomes. See an earlier posting on "paired comparisons."

Second, we might have a theory of social types and subtypes into which social formations fall. The purpose of comparison would be to identify some of the sub-types of a general phenomenon such as "slave economy". This sounds pretty much like the approach that Comte and Durkheim took; it corresponds to a social metaphysic that holds that there are finitely many distinct types of society, and the central challenge for sociology is to discover the structural characteristics of the various types.

Third, we might have a fundamentally functionalist view of social organization, along with a basic repertoire of social functions that need to be performed. We might then look at religious systems as fulfilling one or more social functions -- social order, solidarity, legitimacy -- in alternative ways. Comparison might serve to identify functional alternatives -- the multiple ways that different social systems have evolved to handle these functional needs.

Another possible purpose of comparative history is to attempt to discover historical and social connections across separate historical settings. For example, examining different methods of labor control in different fascist countries in the 1930s may give us a basis for assessing some of the forms of influence that existed between these movements and governments (post). And Victor Lieberman's comparative study of the rise and fall of state power in France and Burma falls in this category as well; see an earlier posting on his metaphor of "strange parallels".

Finally, we might have a social metaphysics that emphasizes contingency and difference. This perspective differs from the first several ideas, in that it looks at structured comparative study as a vehicle for identifying difference rather than underlying similarity. Examining the histories of Berlin and Delhi may shed a great deal of light on the range of social forces and historical contingencies that occurred in these ostensibly similar cases of "urbanization". Here the goal of comparison is more to discover alternatives, variations, and instances of path dependency. Charles Sabel and Jonathan Zeitlin's analysis of alternative forms of capitalist development in "Historical Alternatives to Mass Production" illustrates this possibility (link; see also World of Possibilities: Flexibility and Mass Production in Western Industrialization

So there are a number of different intellectual purposes we might have in undertaking comparative historical research. How have other social scientists understood these issues?

Theda Skocpol and Margaret Somers address precisely this issue in "The Uses of Comparative History in Macrosocial Inquiry" (link). Their analysis highlights three distinct models of analysis that can underlie comparative inquiry:

R. Bin Wong offers a different view of the value of comparison in historical studies in his important comparative study of Chinese economic and political development (China Transformed: Historical Change and the Limits of European Experience

). Wong argues that comparison allows the historian to discover what is distinctive about a particular series of historical developments. Features which perhaps looked inevitable and universal in European economic development look quite different when we consider a similar process of development in China; we may find that Chinese entrepreneurs and officials found very different institutions to do the work of insurance, provision of credit, or long-distance trade. Likewise, elements that might have been taken to be sui generis characteristics of one national experience may turn out to be widespread in many locations when we do a comparative study.

Ultimately it seems that there are really only two fundamental intellectual reasons for being particularly interested in historical comparisons. One is the hope of discovering recurring social mechanisms and structures. This is what Charles Tilly seems to be about in his many studies of contentious politics. And the second is the hope of discovering some of the differentiating pathways that lead to significantly different outcomes in ostensibly similar social settings. The first goal serves the value of arriving at some level of generalization about social phenomena, and the second serves the goal of tracing out the fine structure of the particular.

How would you cite this page?

Dear Prof. Little:
I found the article above very useful. I'm writing on Syria and trying to compare the political history of the father-son regimes of the Assads, their similarity, difference and the politics of opposition in Syria...so my question is, is Comparative history an appropriate method to use when using comparison within a single case(Syria) across time and regime? What changed in Syria for the opposition to pose a serious threat to the regime? What explains the difference in the level of sustained opposition? Please advise if the CH is the correct method for the question I’m pursuing…
Thank you
Saba

My own opinion, for what it is worth, is that comparison across time within a single society is a valid approach to historical research. So I think your approach can shed light on Syria's history. Charles Tilly's book The Contentious French is an example of such an approach.