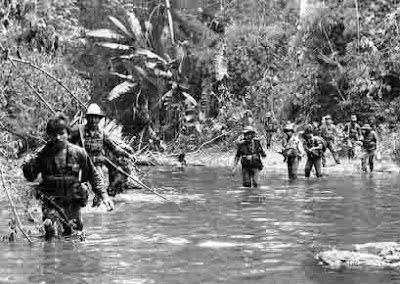 It is worthwhile to notice that we can ask causal questions at two extremes of specificity and generality. We can ask why the Nicaraguan Revolution occurred—that is, what was the chain of circumstances that led to the successful seizure of power by the Sandinistas? This is to invite a specific historical narrative, supported by claims about causal powers of various circumstances. And we can ask why twentieth-century revolutionary movements succeeded in some circumstances and failed in others—that is, we can ask for an account of the common causal factors that influenced the course of revolution in the twentieth century. In the first instance we are looking to put forward a causal hypothesis about a particular event; in the latter we are seeking a causal explanation concerning the behavior of a class of events.

Consider an analogy with professional basketball.  We might ask the question, "What circumstances permitted the Pistons to defeat the Celtics in Game Seven of the NBA playoffs?"  And the answer may include a mix of general and particular factors: their guards were quicker, their center shut down the lane, the Piston's coach had a great game plan; as well as the entirely contingent events: two Celtics players collided at a critical moment, a three-point shot at the buzzer banged off the rim, there was a clock malfunction that gave the Pistons a breather.  The former types of factors are the sorts of things that might be used to attempt to explain basketball success over the course of a season and a full range of teams; these are common causal factors explaining success and failure.  The latter types of factors are fundamentally contingent and non-repeatable.  These are random events with respect to a basketball season.

Much inquiry in the social sciences has to do with singular causal processes (historical outcomes): individual revolutions, specific experiences of modernization and development, specific histories of collective action. Charles Tilly‘s career-long treatment of the collective political behavior of the French is a case in point; Tilly attempts to identify a characteristic tradition of French political action, and attempts to identify the historical occurrences which gave this tradition its specificity (Tilly 1986).  But Tilly is also interested in identifying common social mechanisms of contention; and this allows him to identify general causes as well as singular causes.

Historical investigation and "process tracing" permit us to analyze particular singular causal sequences—for example, "a floating iceberg caused the sinking of the Titanic." This kind of singular historical analysis permits discovery of the causal mechanisms and contingent happenings that were involved in the production of the event to be explained.

A general hypothesis about causation is based on a discovery of a pattern across a number of similar cases.  For example, Theda Skocpol's States and Social Revolutions: A Comparative Analysis of France, Russia and China

attempts to discover causal regularities leading to the occurrence of revolution that emerge from study of a small number of particular revolutions, and Jeffrey Paige's Agrarian Revolution

To assert that A’s are causes of B’s is to assert that there is a typical causal mechanism through which events of type A lead to events of type B. Here, however, we must note that there are rarely single sufficient conditions for social outcomes; instead, causes work in the context of causal fields. So to say that revolutions are causally influenced by food crisis, weak states, and local organization, is to say that there are real causal linkages from these conditions to the occurrence of revolution in specific instances.  If we have enough cases, then these causal mechanisms will also produce some regularities of association between the hypothesized causal factors and the outcome; but without a large number of cases these regularities will be difficult or impossible to discern.

To what extent is such a causal analysis of a unique event explanatory, rather than merely true? The account is explanatory if it identifies influences that commonly exert causal power in a variety of contexts, not merely the case of the French in 1848 or Russia in 1917. And a case study that invokes or suggests no implications for other cases, falls short of being explanatory.

I will put it forward as a methodological maxim that a causal assertion is explanatory only if it identifies a causal process that recurs across a family of cases. A historical narrative is an answer to the first sort of question (“why did this particular event come about?”); such a narrative may or may not have implications for more general causal questions. A true causal story is not always explanatory.

There is another issue raised by this topic of general and particular causal hypotheses, which has to do with the idea of "over-determination."  Return to the case of World War I.  It might be argued that there were broad structural forces at work that were steadily increasing the likelihood of war throughout 1912-1914 -- deepening economic and geographical conflicts of interest among the great powers, large-scale military planning by various governments, and a worsening arms race, for example; so war was "inevitable" with or without the spark created by the assassination of the Archduke.  If this event had not occurred, some other instigating event would have cropped up; so the conflagration was inevitable.  On this interpretation, the assassination of the Archduke was a critical part of the actual pathway leading to the outbreak of war; but there were many other hypothetical pathways that would have led to the same result.  So it is the background structural conditions that were the real and substantive causes of World War I -- not the contingent and accidental fact of the assassination in 1914.
Posted by Dan Little at 8:40 PM