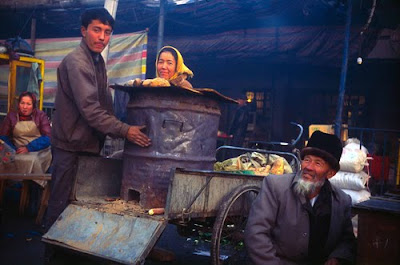 I offer a social ontology that I refer to as methodological localism (ML).  This theory of social entities affirms that there are large social structures and facts that influence social outcomes.  But it insists that these structures are only possible insofar as they are embodied in the actions and states of socially constructed individuals.  The “molecule” of all social life is the socially constructed and socially situated individual, who lives, acts, and develops within a set of local social relationships, institutions, norms, and rules.

This account begins with the socially constituted person. Human beings are subjective, purposive, and relational agents. They interact with other persons in ways that involve competition and cooperation. They form relationships, enmities, alliances, and networks; they compose institutions and organizations. They create material embodiments that reflect and affect human intentionality. They acquire beliefs, norms, practices, and worldviews, and they socialize their children, their friends, and others with whom they interact. Some of the products of human social interaction are short-lived and local (indigenous fishing practices); others are long-duration but local (oral traditions, stories, and jokes); and yet others are built up into social organizations of great geographical scope and extended duration (states, trade routes, knowledge systems). But always we have individual agents interacting with other agents, making use of resources (material and social), and pursuing their goals, desires, and impulses.

At the level of the socially constituted individual we need to ask two sorts of questions: First, what makes individual agents behave as they do? Here we need accounts of the mechanisms of deliberation and action at the level of the individual. What are the main features of individual choice, motivation, reasoning, and preference? How do these differ across social groups? How do emotions, rational deliberation, practical commitments, and other forms of agency influence the individual’s deliberations and actions?  This area of research is purposively eclectic, including performative action, rational action, impulse, theories of the emotions, theories of the self, or theories of identity.

Second, how are individuals formed and constituted? Methodological localism gives great importance to learning more about how individuals are formed and constituted—the concrete study of the social process of the development of the self. Here we need better accounts of social development, the acquisition of worldview, preferences, and moral frameworks, among the many other determinants of individual agency and action. What are the social institutions and influences through which individuals acquire norms, preferences, and ways of thinking? How do individuals develop cognitively, affectively, and socially? So methodological localism points up the importance of discovering the microfoundations and local variations of identity formation and the construction of the historically situated self.

So far we have emphasized the socially situated individual. But social action takes place within spaces that are themselves socially structured by the actions and purposes of others—by property, by prejudice, by law and custom, and by systems of knowledge. So our account needs to identify the local social environments through which action is structured and projected: the inter-personal networks, the systems of rules, the social institutions. The social thus has to do with the behaviorally, cognitively, and materially embodied reality of social institutions.  An institution is a complex of socially embodied powers, limitations, and opportunities within which individuals pursue their lives and goals. A property system, a legal system, and a professional baseball league all represent examples of institutions. Institutions have effects that are in varying degrees independent from the individual or “larger” than the individual. Each of these social entities is embodied in the social states of a number of actors—their beliefs, intentions, reasoning, dispositions, and histories. Actors perform their actions within the context of social frameworks represented as rules, institutions, and organizations, and their actions and dispositions embody the causal effectiveness of those frameworks. And institutions influence individuals by offering incentives and constraints on their actions, by framing the knowledge and information on the basis of which they choose, and by conveying sets of normative commitments (ethical, religious, interpersonal) that influence individual action.

It is important to emphasize that ML affirms the existence of social constructs beyond the purview of the individual actor or group.  Political institutions exist—and they are embodied in the actions and states of officials, citizens, criminals, and opportunistic others.  These institutions have real effects on individual behavior and on social processes and outcomes—but always mediated through the structured circumstances of agency of the myriad participants in these institutions and the affected society.  This perspective emphasizes the contingency of social processes, the mutability of social structures over space and time, and the variability of human social systems (norms, urban arrangements, social practices, and so on).

This approach highlights the important point that all social facts, social structures, and social causal properties depend ultimately on facts about individuals within socially defined circumstances.  Social ascriptions require microfoundations at the level of individuals in concrete social relationships.  According to this way of understanding the nature of social ontology, an assertion of a structure or process at the macro-social level (causal, functional, structural) must be supplemented by two things: knowledge about what it is about the local circumstances of the typical individual that leads him or her to act in such a way as to bring about this relationship; and knowledge of the aggregative processes that lead from individual actions of that sort to an explanatory social relationship of this sort. So if we are interested in analysis of the causal properties of states and governments, we need to arrive at an analysis of the institutions and constrained patterns of individual behavior through which the state’s characteristics are effected.  We need to raise questions such as these: How do states exercise influence throughout society?  What are the institutional embodiments at lower levels that secure the impact of law, taxation, conscription, contract enforcement, and other central elements of state behavior? If we are concerned about the workings of social identities, then we need to inquire into the concrete social mechanisms through which social identities are reproduced within a local population—and the ways in which these mechanisms and identities may vary over time and place.  And if we are interested in analyzing the causal role that systems of norms play in social behavior, we need to discover some of the specific institutional practices through which individuals come to embrace a given set of norms.

The microfoundations perspective requires that we attempt to discover the pathways by which socially constituted individuals are influenced by distant social circumstances, and how their actions in turn affect distant social outcomes.  There is no action at a distance in social life; instead, individuals have the values that they have, the styles of reasoning, the funds of factual and causal beliefs, etc., as a result of the structured experiences of development that they have undergone as children and adults.  On this perspective, large social facts and structures do indeed exist; but their causal properties are entirely defined by the current states of psychology, norm, and action of the individuals who currently exist.  Systems of norms and bodies of knowledge exist—but only insofar as individuals (and material traces) embody and transmit them.  So when we assert that a given social structure causes a given outcome, we need to be able to specify the local pathways through which individual actors embody this causal process.  That is, we need to be able to provide an account of the causal mechanisms that convey social effects.

It is evident that methodological localism implies a fairly limited social ontology.  What exists is the socially constructed individual, within a congeries of concrete social relations and institutions.  The socially constructed individual possesses beliefs, norms, opportunities, powers, and capacities.  These features are socially constructed in a perfectly ordinary sense: the individual has acquired his or her beliefs, norms, powers, and desires through social contact with other individuals and institutions, and the powers and constraints that define the domain of choice for the individual are largely constituted by social institutions (property systems, legal systems, educational systems, organizations, and the like). Inevitably, social organizations at any level are constituted by the individuals who participate in them and whose behavior and ideas are influenced by them; sub-systems and organizations through which the actions of the organization are implemented; and the material traces through which the policies, memories, and acts of decision are imposed on the environment: buildings, archives, roads, etc.  All features of the organization are embodied in the actors and institutional arrangements that carry the organization at a given time.  At each point we are invited to ask the question: what are the social mechanisms through which this institution or organization exerts influence on other organizations and on agents’ behavior?