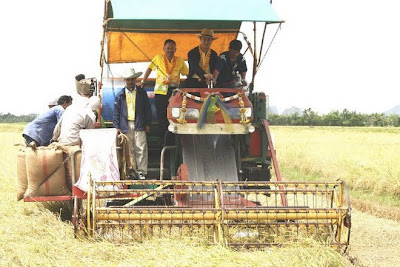 What theories and values ought to underlie our best thinking about global economic development?  Along with Amartya Sen (Development as Freedom

), I believe that the best answer to the ethical question involves giving top priority to the goal of increasing the realization of human capabilities across the whole of society (The Paradox of Wealth and Poverty: Mapping the Ethical Dilemmas of Global Development

). We need to put the poor first.  However, I also believe that our ability to achieve this goal is highly sensitive to the distributive structures and property systems that exist in poor countries.  The property institutions of developing countries have enormous impact on the full human development of the poor.  As a result, ethically desirable human development goals are difficult to attain within any social system in which the antecedent property relations are highly stratified and in which political power is largely in the hands of the existing elites.

The fundamental question of poverty is this: how do people earn their livings? The economic institutions of the given society (property relations and market institutions, for example) determine the answer to this question. An economy represents a set of social positions for the men and women who make it up. These persons have a set of human needs—nutrition, education, health care, housing, clothing, etc. And they need access to the opportunities that exist in society—opportunities for employment and education, for example. The various positions that exist within the economy in turn define the entitlements that persons have—wages, profits, access to food subsidies, rights of participation, etc. The material well-being of a person—the “standard of living”—is chiefly determined by the degree to which his or her “entitlements” through these various sources of income provide the basis for acquiring more than enough goods in all the crucial categories to permit the individual to flourish (Sen, Poverty and Famines: An Essay on Entitlement and Deprivation

). If wages are low, then the consumption bundle that this income will afford is very limited. If crop prices are low, then peasants will have low incomes. If business taxes are low, then business owners may retain more business income in the form of profits, which will support larger consumption bundles and larger savings. There is thus a degree of conflict of interest among the agents within the economic system; the institutions of distribution may favor workers, lenders, farmers, business owners, or the state, depending on their design. And it is very possible for economic development to proceed in a way that gives the greatest benefit to the upper levels of society without leading to much change at the bottom.

Here I want to review an important empirical example of economic development without commensurate gain for the poor of the region: the effects of the Green Revolution in the rice-growing regions of Malaysia. James Scott provides a careful survey of the development process in Malaysia in Weapons of the Weak: Everyday Forms of Peasant Resistance

(1985). The chief innovations were these: a government-financed irrigation project making double-cropping possible; the advent of modern-variety rice strains; and the introduction of machine harvesting, replacing hired labor. Scott considers as relevant factors the distribution of landholdings, the forms of land tenure in use, the availability of credit, the political parties on the scene, and the state's interests in development.

Scott's chief finding is that double cropping and irrigation substantially increased revenues in the Muda region, and that these increases were very unequally distributed. Much of the increase flowed to the small circle of managerial farmers, credit institutions, and outside capitalists who provided equipment, fertilizers, and transport. Finally, Scott finds that the lowest stratum—perhaps 40%—has been substantially marginalized in the village economy. Landlessness has increased sharply, as managerial farms absorb peasant plots; a substantial part of the rural population is now altogether cut off from access to land. And mechanized harvesting substantially decreases the demand for wage labor. This group is dependent on wage labor, either on the managerial farms or through migration to the cities. The income flowing to this group is more unstable than the subsistence generated by peasant farming; and with fluctuating consumption goods prices, it may or may not suffice to purchase the levels of food and other necessities this group produced for itself before development. And these circumstances have immediate consequences for the ability of poor households to achieve the development of their human capabilities. Their nutritional status, their health, their literacy, and their mobility are all directly impaired by the fact of low and unstable household income. Finally, the state and the urban sector benefits substantially: the increased revenues created by high-yield rice cultivation generate profits and tax revenues that can be directed towards urban development.


The gulf separating the large, capitalist farmers who market most of the region's rice and the mass of small peasants is now nearly an abyss, with the added (and related) humiliation that the former need seldom even hire the latter to help grow their crops. Taking 1966 as a point of comparison, it is still the case that a majority of Muda's households are more prosperous than before. It is also the case that the distribution of income has worsened appreciably and that a substantial minority—per­haps 35‑40 percent—have been left behind with very low incomes which, if they are not worse than a decade ago, are not appreciably better. Given the limited absorptive capacity of the wider economy, given the loss of wages to machines, and given the small plots cultivated by the poor strata, there is little likelihood that anything short of land reform could reverse their fortunes. (Scott 1985:81)


This example well illustrates the problems of distribution and equity that are unavoidable in the process of rural development. The process described here is one route to "modernization of agriculture," in that it involves substitution of new seed varieties for old, new technologies for traditional technologies, integration into the global economy, and leads to a sharp increase in the productivity of agriculture. Malaysia was in effect one of the great successes of the Green Revolution. At the same time it created a sharp division between winners and losers: peasants and the rural poor largely lose income, security, and autonomy; while rural elites, urban elites, and the state gained through the increased revenues generated by the modern farming sector.

(1989) provides detailed case studies of these sorts of processes of property and power in development in Thailand, the Philippines, Malaysia, and Indonesia.
Posted by Dan Little at 6:29 PM

I recently came across your blog and have been reading along. I thought I would leave my first comment. I don't know what to say except that I have enjoyed reading. Nice blog. I will keep visiting this blog very often.