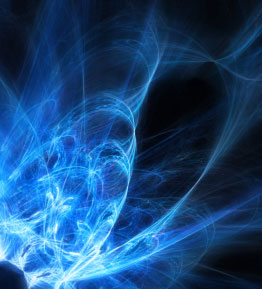 The organized study of "science" as an epistemic practice and a knowledge product has taken at least three major forms in the past century: the philosophy of science, the history of science, and the sociology of science.  Philosophers have been primarily interested in the logic of scientific inquiry and the rational force of scientific knowledge.  Historians have been interested in the circumstances, both external and internal, through which important periods of the growth of scientific knowledge have occurred -- the Newtonian revolution, the Darwinian revolution, the "discovery" of cold fusion (above).  And sociologists have been interested in examining the norms and organizations through which "science" is practiced -- how young scientists are trained, how collaboration and competition work within a scientific discipline or a laboratory, how results are assessed and communicated.

And because the intellectual frameworks within which philosophers, historians, and sociologists have been educated differ substantially, these meta-disciplines of the study of science are significantly different as well.  The philosophers are largely interested in the quality of the product -- the rational force of a given body of scientific knowledge.  The historians are interested in the contingencies of development of a given field.  And the sociologists are interested in the social processes that lead to the creation of a body of scientific knowledge; they are inclined to "bracket" the epistemic standing or truth-value of the theories and hypotheses that a tradition has produced.

, and these essays are worth re-reading today.  Here are some of Merton's formulations of the task of the sociology of science in "The Neglect of the Sociology of Science" (1952):


Numerous works ... have variously dealt with one or another part of the subject [of the sociology of science].  But these ... have not examined the linkage between science and social structure by means of a conceptual framework that has proved effective in other branches of sociology. (210)


Unlike the pattern in solidly established disciplines, in the sociology of science, facts are typically divorced from systematic theory.  Empirical observation and hypothesis do not provide mutual assistance.  Not having that direct bearing on a body of theory which makes for cumulative knowledge, the empirical studies that have been made, from time to time, by natural scientists have resulted in a thin scattering of unconnected findings rather than a chain of closely linked findings. (212-13)


So the goal of the sociology of science is to examine the linkage between science and social structure using the "conceptual frameworks" of sociology.  The sociology of science needs to be based on empirical observation -- i.e. it cannot be a purely conceptual discipline.  But it must possess an appropriate framework of sociological theory within the context of which empirical observations of scientific practice can be explained.

Several ideas were particularly important in Merton's efforts to conceptualize the processes of science:
One of Merton's key methodological contributions was the idea that it was possible to observe and measure the institutions of science through careful empirical examination of the biographies, journals, and other objective markers of scientific activity. (This is what he refers to as the conceptual framework of sociology.)  He repeatedly attempts to quantify and measure the activities of science -- publication rates, inventions, numbers of scientists in a field, and so forth.  For example, in "Changing Foci of Interest in the Sciences and Technology" (1938) he attempts to estimate the pattern of shifting scientific interest in England over the period of 1665-1702 by counting the numbers of articles to be published in various areas of science (tables 3-4). He finds that the physical and formal sciences fall in frequency during this time period, while the life sciences rise significantly (201).  How should we explain this shift in the interests of the scientific community?  Merton advocates a sociological cause.  Referring back to Rickert and Weber, he argues that this shift is likely to be linked to the broader societal interests of the time period:


Scientists often choose problems for investigation that are vitally linked with major values and interests of the time.  Much of this study will examine some of the extra-scientific elements which significantly influenced, if they did not wholly determine, the foci of scientific interest. (203)


Another of Merton's key ideas is the role of the reward system of science, which he takes to be the motor of scientific change:


Like other institutions, the institution of science has developed an elaborate system for allocating rewards to those who variously live up to its norms.... The evolution of this system has been the work of centuries, and it will of course never be finished.  (297)


And he finds that this reward system gives great weight to originality and priority -- which leads to the recurring phenomena of priority disputes, fraud, and plagiarism in science (309).  And it leads as well to the phenomenon of multiple discovery by independent researchers:


The pages of the history of science record thousands of instances of similar discoveries having been made by scientists working independently of one another.  Sometimes the discoveries are simultaneous or almost so; sometimes a scientist will make anew a discovery which, unknown to him, somebody else had made years before.  Such occurrences suggest that discoveries become virtually inevitable when prerequisite kinds of knowledge and tools accumulate in man's cultural store and when the attention of an appreciable number of investigators becomes focused on a problem, by emerging social needs, by developments internal to the science, or by both. (371)


A final topic of interest in Merton's sociology of science is his treatment of "peer review".  Here is how he describes this part of the institutions of science in "Institutionalized Patterns of Evaluation in Science" (1971):


The referee system in science involves the systematic use of judges to assess the acceptability of manuscripts submitted for publication.  The referee is thus an example of status judges who are charged with evaluating the quality of role-performances in a social system.  They are found in every institutional sphere. (460)


So we might encapsulate Merton's intellectual framework for the sociology of science in a few basic ideas: the sociologist needs to find ways of observing scientific practice empirically; the conduct of science is driven by the values that the institutions of science inculcate and enforce; the incentives created by the scientific institutions shape and motivate the behavior of scientists; and the product of science is the result of the constrained activities of scientists shaped and motivated in these particular ways.  So the sociologist needs to discover and document the values, he/she needs to uncover the evaluation mechanisms, and he/she needs to discover in detail how innovations and theories have emerged in specific research environments.

What this description leaves out from a contemporary perspective might include:
(Trevor Pinch is an important contemporary contributor to current sociology of science and is one of the editors of the 1995 volume, Handbook of Science and Technology Studies

. Here is a link to his syllabus for a seminar on the sociology of science that indicates how he conceptualizes the discipline.)
Posted by Dan Little at 10:05 PM

one thing worth mentioning is the Matthew Effect (Merton, 1968; 1988)- the contributions of well-known scientists are more visible than the contributions of those who are not so famous. This makes it difficult to "make a name" in a field. This effect also supports Kuhn's view of paradigmatic revolutions.

The epistemic stance of Science preceeds the process and then the output. All are bound by the conversation we give to them. I agree with him that our minds are abuzz with notions of science: I even sat with a Tibetan monk who's head was full of proto-science. He wondered about the smoke that came out of a dying person's nostrils.

Way back in the '40s, the scientific community became pragmatic - whatever works. And we have the legacy of modern science today, starting with the refrigerent gas called Freon that (when it got loose) nearly killed all life on the planet!

The contraposition between the history of science and systematic theories, as Merton has made them known, is of some interest. The development of the sociology of science is related to the theoretical systematic understood as a 'methodical' of sociological science. Guglielmo Rinzivillo SAPIENZA University of Rome- ITaly