What makes a sociological theory compelling? 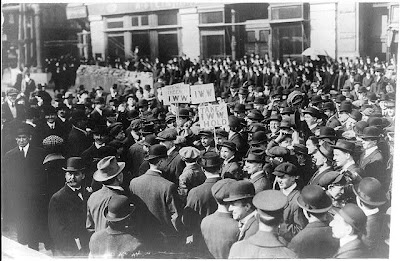 In the humanities it is a given that assertions and arguments have a certain degree of rational force, but that ultimately, reasonable people may differ about virtually every serious claim. An interpretation of Ulysses, an argument for a principle of distributive justice, or an attribution of certain of Shakespeare's works to Christopher Marlowe -- each may be supported by "evidence" from texts and history, and those who disagree need to produce evidence of their own to rebut the thesis; but no one imagines there is such a thing as an irrefutable argument to a conclusion in literature, art history, or philosophy.  Conclusions are to some degree persuasive, well supported, or compelling; but they are never ineluctable or uniquely compatible with available evidence. There is no such thing as the final word, even on a well formulated question. (Naturally, a vague or ambiguous question can always be answered in multiple ways.)

In physics the situation appears to be different.  Physical theories are about a class of things with what we may assume are uniform characteristics throughout the range of this kind of thing (electrons, electromagnetic waves, neutrinos); and these things come together in ensembles to produce other kinds of physical phenomena.  So we often believe that physical theories are deductive systems that attribute a set of mathematical properties to more-or-less fundamental physical entities; and then we go on to derive descriptions of the behavior of things and ensembles made of these properties.  And the approximate truth of the physical theory can be assessed by the degree of success its deductive implications have for the world of observable ensembles of physical things.  So it seems that we can come to fairly definitive conclusions about various theories in the natural sciences: natural selection is the mechanism of species evolution; gravitational force is the cause of the elliptical shapes of planetary orbits; the velocity of light is a constant.  And we are confident in the truth of these statements because they play essential roles within deductive systems that are highly confirmed by experiment and experience.

So what about the empirical domains of sociology or history? Is it possible for careful empirical and theoretical research to provide final answers to well formulated questions in these fields? Is it possible to put together an argument in sociology on a particular question that is so rationally and empirically compelling that no further disagreement is possible?

There is a domain of factual-empirical questions in sociology where the answer is probably affirmative. What is the population of Detroit in 2000? What percentage of likely voters supported McCain in October 2008? What is the full unemployment rate among African-American young people in Ohio? When was the International Brotherhood of Teamsters recognized in Cleveland? There are recognized sources of data and generally accepted methods that would allow us to judge that a particular study definitively answers one or another of these questions. This isn't to make a claim of unrevisability; but it is to assert that some social inquiries have as much empirical decidability as, say, questions in descriptive ecology ("what is the range of the Helicinidae land snail in North America?") or planetary astronomy ("what is the most likely origin of the planetary body Pluto?").

But most major works in sociology do not have this characteristic. They do not primarily aim at establishing a limited set of sociological or demographic facts. Instead, they take on larger issues of conceptualization, explanation, interpretation, and theory formation. They make use of empirical and historical facts to assess or support their arguments. But it is virtually never possible to conclude, "given the available body of empirical and historical evidence, this theory is almost certainly true." Rather, we are more commonly in a position to say something like this: "Given the range of empirical, historical, and theoretical considerations offered in its support, theory T is a credible explanation of P."  And it remains for other scholars to either advance a more comprehensive or well-supported theory, or to undermine the evidence offered for T, or to provisionally accept T as being approximately correct.  Durkheim put forward a theory of suicide based on the theoretical construct of anomie (Suicide

).  He argued that the rate of suicide demonstrated by a population is caused by the degree of anomie characteristic of that society; and he offered a few examples of how the theoretical construct of anomie might be operationalized in order to allow us to measure or compare different societies in these terms.  But his theory can be challenged from numerous directions: that it is monocausal, that it assumes that suicide is a homogeneous phenomenon across social settings, and even that it overstates the degree of consistency that exists between "high anomie" and "high suicide" social settings.

). He considers a vast range of historical and sociological evidence in arriving at his analysis. His theory is richly grounded in empirical evidence. But numerous elements of his account reflect the researcher's best judgment about a question, rather than a conclusive factual argument. Take Mann's view that "materialist" and class-based theories of fascist movements are incorrect.  I doubt that his richly documented arguments to this conclusion make it rationally impossible to continue to find support for the materialist hypothesis. Or take his definition of fascism itself. It is a credible definition; but different researchers could certainly offer alternatives that would lead them to weigh the evidence differently and come to different conclusions. So even such simple questions as these lack determinate answers: What is fascism?  Why did fascist movements arise? Who were the typical fascist followers? There are credible answers to each of these questions, and this is exactly what we want from a sociological theory of fascism; but the answers that a given researcher puts forward are always contestable.

Or take Howard Kimeldorf's analysis of the different political trajectories of dock-workers' unions on the East and West Coasts (Reds or Rackets?: The Making of Radical and Conservative Unions on the Waterfront

). Kimeldorf provides an explanatory hypothesis of the differences between the nature of these unions in the east and west in the United States, and he offers a rich volume of historical and factual material to fill in the case and support the hypothesis.  It is an admirable example of reasoning in comparative historical sociology.  Nonetheless, there is ample room for controversy.  Has he formulated the problem in the most perspicuous way?  Are the empirical findings unambiguous?  Are there perhaps other sources of data that would support a different conclusion?  It is reasonable to say that Kimeldorf makes a credible case for his conclusions; but there are other possible interpretations of the facts, and even other possible interpretations of the phenomena themselves.

These are both outstanding examples of sociological theory and analysis; so the point here isn't that there is some important defect in either of them.  Rather, the point is that there is a wide range of indeterminacy in each of these examples: in the way in which the problem is formulated, in the basic conceptual assumptions that the author makes, and in the types and interpretation of the data that the author provides.  Each provides a strong basis, in fact and in theory, for accepting the conclusions offered.  But each is contestable within the general framework of scientific rationality.  And this seems to suggest that for the difficult, complex problems that arise in sociology and history, there is no basis for imagining that there could be a final and rationally compulsory answer to questions like "Why fascism?" and "Why Red labor unions on the Pacific Coast?"  And perhaps it suggests something else as well: that the logic of scientific reasoning in the social sciences is as close to arguments in the humanities as it is to reasoning in the physical sciences.  It is perhaps an instance of "inference to the best explanation" rather than an example of hypothetico-deductive testing and confirmation.
Posted by Dan Little at 8:48 PM

I believe your last lines to be the closest match I have ever read to what I personally think about the social sciences as a science.

I would add that "inference to the best explanation" leaves some ground for competing theories due to different definitions of what makes a better explanation.

Some of my friends and colleagues seem to think, for instance, that "best" means "seems to explain phenomena over long periods of time or large spatial areas". Which is why they admire Foucault or Elias so much.

My own position is less romantic: I believe the best explanation is the one that maintains the highest level of logic, for which there is no absolute due to, schematically, the limits of human language (Wittgenstein, Quine, and so on).

Perhaps these positions reflect the two opposite styles identified by Mannheim in his essays on the sociology of science.

Thanks for your comment. You're right, of course, to notice that "best explanation" is only a beginning; I may prefer parsimony and you may prefer ethnographic richness in an explanation. The point you make about "scope" is also entirely correct. So there are many dimensions in which one explanation might be rated as better than another. I think that works to further enhance the point that sociological theories and explanations are underdetermined by the evidence; there are multiple rational reconstructions we can offer for a "good explanation," and there will be similarly different rankings of theories based on the different explanatory desiderata.

Do you think that the requirement of logical rigor rules out some putative standards of explanation? Or is it possible that a Foucault and a Quine would be equally committed to a principle of non-contradiction, but still disagree quite a bit about what a good explanation of fascism ought to include?

Hi Daniel, all apologies for the delay in my reply.

To answer your question, yes, I think that committing oneself to logical rigour rules out some putative standards of explanation. Which does not mean Foucault and Quine would not be able to understand each other, and disagree. If they were to do so, they would probably attack each other's ontological foundations, which would be reasonable (and interesting to watch!).