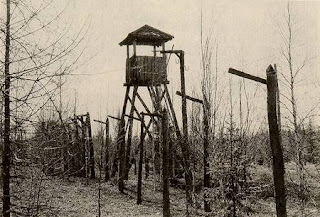 Arthur Koestler is most celebrated for his historical novel about the Moscow show trials, Darkness at Noon

. And the book is indeed a deeply revealing look at the heart of totalitarianism in the twentieth century -- the more so if you do a side-by-side reading of the trial of the fictional Rubashov and the transcripts of the trial of the historical Bukharin (Report of Court Proceedings in the Case of the Anti-Soviet Bloc of Rights and Trotskyites: Heard Before the Military Collegium of the Supreme Court

). Koestler caught the psychology and history of the period exactly right -- and he did it more or less as a contemporary observer, not an archival historian with leisurely access to the archives after the fact.

But in some ways I find his autobiographical books even more gripping, and none more so than The invisible writing; An autobiography

The Invisible Writing is an amazing window onto some of the most important events of the twentieth century: the rise of Hitler, the struggles between Communists and Nazis in the streets of Berlin, the gradual decapitation of all forces of the left in Germany in the 1930s, the great famine in the Ukraine, and the cruelty of the Spanish Civil War. Here is a telling description of a moment in time: "With the constant dismissals at Ullstein's [the publisher], and the shadow of Hitler lying across the country like a monster-shaped cloud, our motley little crowd of intellectuals was too scared to be capable of any clear thought. It was easy to win their sympathy for Russia, but almost impossible to make them take a determined stand for their own interests in Germany. The liberals in Germany -- and elsewhere -- have rarely understood that there are situations in which caution amounts to suicide."

Koestler was situated in such a way as to be a participant-eyewitness in these world-historical events. A few snapshots from this period -- street fighting in Berlin in 1932 between Communist workers and Nazi thugs; a train journey through the Ukraine during the worst of the deliberate war of famine that Stalin waged against the peasantry; Koestler's own denunciation of a loved one for a trivial suspicion; and a series of narrow escapes in fascist Spain (including a period of three months in a Franco prison under a sentence of death).

Koestler's political adulthood witnessed his own movement from Communist journalist and activist in Berlin in the 1930s to a committed anti-Communist in the 1950s. And his anti-Communism derived from his own honest willingness to confront the terrible truths of Stalinism -- Comintern's betrayal of the Spanish republicans, the Moscow show trials, the deliberate policy of famine as a tool of social war, and the repression and brutality of the Soviet state against its own citizens.

The book provides absorbing, valuable reading. And it offers deep lessons for us today -- about politics, about personal integrity, about the relationship between individuals and the state, and about the terrible power that ideology has wielded over humanity.

What Koestler learned from his part of the twentieth century, and was able to express so evocatively in his writings, was a series of brutal facts about power: the power of a fascist state to destroy all organizations that might challenge its grip on society, the power of propaganda to conceal and falsify evident social realities, and the power of ideology to blind intellectuals to the meaning of the events unfolding around them. Lies and coercion were the central realities of the state and the party -- both in Germany and in the Soviet Union.

Koestler describes the central paradox of the Moscow show trials in these terms:

To the western mind, unacquainted with the system and the rules, the confessions in the Trials appeared as one of the great enigmas of our time. Why had the Old Bolsheviks, heroes and leaders of the revolution, who had so often braved death that they called themselves 'dead men on furlough', confessed to these absurd and hair-raising lies? If one discounted those who were merely trying to save their necks, like Radek; and those who were mentally broken like Zinoviev; or trying to shield their families like Kameniev, who was said to be particularly devoted to his son--then there still remained a hard core of men like Bukharin, Piatakov, Mrachkovsky, Smirnov, and at least a score of other with a revolutionary past of thirty, forty years behind them, the veterans of Czarist prisons and Siberian exile, whose total and gleeful self-abasement remained inexplicable. It was this 'hard core' that Rubashov was meant to represent.

Here is a final, amazing twentieth century irony. The lead prosecutor in the Moscow show trials (1936-38) -- the person who established the jurisprudence of coercion, intimidation, and the crushing subordination of the individual to the overwhelming power of the state, was Andrei Vyshinsky. It was he who stage-managed the shameful miscarriage of justice that led to the executions of Zinoviev, Bukharin, Kamenev, and other leading Bolsheviks. And it was the very same Andrei Vyshinsky who was the Soviet Union's chief delegate in 1949 in the drafting of ... the Universal Declaration of Human Rights. Here, surely, we find a person with a fine understanding of human rights.