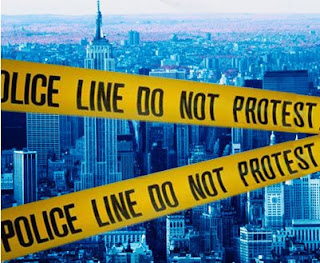 Personal electronic communication and the Internet -- have these new technologies changed the game for collective action? Here I am thinking of email and instant messaging, but also cell phones and other personal communications devices, as well as the powerful capacity for dissemination of ideas over the web -- has this dense new network of communication and coordination fundamentally changed the ability of groups to pursue their political or social goals?

There is no doubt that these technologies are relevant to collective action. Communication, coordination, and assurance are crucial features of successful collective action -- and these are precisely the qualities that current technologies offer. Moreover, the ability for a party or movement to disseminate its programs, ideas, and promises to potential followers is crucial for its ability to gather support; and this is what the Web offers better than any prior form of communications technology.

A couple of data points are relevant.


So what is genuinely new in this list? Covert cameras and travelers have existed for a long time. Cell phones were available in Gdansk and Teheran during street protests there in the 1970s. And newspapers, magazines, and television and radio have disseminated ideas widely. So, again, is there any reason to think that current communications technologies have changed anything fundamental -- either the nature of popular mobilization or the balance of power between the powerful and the numerous?

Two factors are important enough to significantly change the nature of struggles between the powerful and the popular. First is the capacity for coordination among a large group that is created by cell phones and IM devices. A "flash mob" can form and dissolve in minutes. This can make their actions and demonstrations more effective and more difficult to repress. And there is a secondary benefit for the organization -- rapid multi-sided communication can help to maintain solidarity and commitment within the group.

Second, the low cost and broad distribution of web-based communication gives a new advantage to the numerous but poor. Swift Boaters required hundreds of thousands of dollars to disseminate their attack ads against candidate Kerry -- whereas a six-minute video can reach millions of people on YouTube for free. This tips the balance of power away from the deep pockets towards the creative activist group.

So it seems reasonable to judge that these communications technologies are indeed a significant new element in the field of play of collective action. Groups can self-organize more effectively; they can coordinate their actions; and they can share and reinforce the urgency of their commitments through the use of cell phones, text messages, web pages, and dissemination points such as YouTube.

All this has implications for popular politics within a law-governed democracy. It is less clear that these technologies offer as much leverage for the powerless within an authoritarian state. Combine a powerful authoritarian state's ability to monitor communications with a perfect readiness to repress activists and dissidents and to control the technology -- and you get a situation in which these tools of communication are much less useful for an opposition.