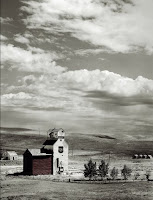 Some historians imagine that new technologies force other kinds of social changes, or even that a given technology creates a more or less inevitable process of development in society. Marx is sometimes thought to offer such a theory: "the forces of production create changes in the relations of production." This view is referred to as technological determinism.

The logic underlying this interpretation of history goes something like this: a new technology creates a set of reasonably accessible new possibilities for achieving new forms of value: new products, more productive farming techniques, or new ways of satisfying common human needs. Once the technology exists, agents or organizations in society will recognize those new opportunities and will attempt to take advantage of them by investing in the technology and developing it more fully. Some of these attempts will fail, but others will succeed. So over time, the inherent potential of the technology will be realized; the technology will be fully exploited and utilized. And, often enough, the technology will both require and force a new set of social institutions to permit its full utilization; here again, agents will recognize opportunities for gain in the creation of social innovations, and will work towards implementing these social changes.

This view of history doesn't stand up to scrutiny, however. There are many examples of technologies that failed to come to full development (the water mill in the ancient world and the Betamax in the contemporary world). There is nothing inevitable about the way in which a technology will develop -- imposed, perhaps, by the underlying scientific realities of the technology; and there are numerous illustrations of a more complex back-and-forth between social conditions and the development of a technology. So technological determinism is not a credible historical theory.

For more credible interpretations of the relationships that exist between technology and historical change, we can consider the work of some very gifted historians.

An example of such a study of social-technological development is offered in William Cronon's fascinating history of Chicago, Nature's Metropolis: Chicago and the Great West

. Cronon tracks the effects that the extension of the rail network had on the city of Chicago and the region surrounding it into Illinois, Wisconsin, Iowa, and Michigan. Cheap, reliable rail transport between Chicago and New York created large markets for grain and beef. This gave incentives to farmers and traders to organize their activities in such a way as to take advantage of the profits newly available in these markets. But Cronon points out that transportation by railroad of large volumes of grain required a reorganization of the market institutions that were used: the establishment of grain elevators along the rail lines, the establishment of a gradiing system for qualities of grain being sold by farmers to elevator operators, and the establishment of a futures market for grain and beef. And he observes that entrepreneurs recognized the gains that could be achieved by developing these institutions and carried them forward. So the technology "needed" a reorganization of the market for grain; entrepreneurs recognized an opportunity for profits in achieving this reorganization; and the necessary social innovations occurred.

This makes the business and ecological transformation of Chicago's region sound inevitable, given the extension of the rail system into Chicago. However, contingency comes into this story from numerous angles. The build-out of the American rail network was itself a highly contingent matter; the major east-west lines could have been placed in numerous alternative routes, including a network that would have made St. Louis the major rail nexus in the center of the country. Second, the policy environment within which the American rail network developed represented another major form of contingency. As Frank Dobbin demonstrates, England, France, and the United States possessed very different "policy cultures", and these differences created substantial differences in the way in which the basic technology of the railroad was exploited in the three national settings (Forging Industrial Policy: The United States, Britain, and France in the Railway Age

). And third, there are multiple social solutions that would work roughly as well as the institutions of the grain elevator and the futures market for solving the business challenges of mass transport and marketing of grain. The solutions that emerged in Chicago were therefore contingent as well.

Cronon and Dobbin illustrate several different aspects of technological causes and technological contingency in their accounts of the railroad. But for an author who takes the contingency of technology change even more seriously, see Thomas Hughes' history of electric power in Networks of Power: Electrification in Western Society, 1880-1930. Hughes demonstrates that the basic scientific discoveries associated with the technology of electric power had multiple possible realizations in machines and devices, and that the social constraints that existed in different national scientific-technical-political cultures led to substantial and fundamental differences in the development of the technology. The celebrated contest between alternating and direct current as the foundation of power transmission is one such example, but there are hundreds of other examples of choice that can be uncovered in the history of this fundamental modern technology. And, most pointedly, Hughes illustrates the way in which different municipal political requirements in England, France, and the United States led to substantially different implementations of the power stations and transmission networks in the three national contexts.

These examples illustrate several fundamental points about the role of technology in historical change. A new technology creates new opportunities for power, wealth, efficiency, or productivity; so a new technology can be a powerful force for social and economic change. Governments, farmers, entrepreneurs, and corporations have a complicated set of incentives that lead them to consider developing the new technology. So new technologies certainly function as effective historical causes. The development of a technology, however, introduces deeply significant elements of contingency. The term "path-dependency" is an accurate description of the process of the development of a major technology. Third, a technology is both influenced by social factors in the society in which it is developed, and also influences the future direction of social factors in the society. Thus technology is both cause and effect of social change. And, finally, it is evident that the study of the history of technology is inevitably a study of social processes and institutions as much as it is a study of machines and inventions. Technology is a social product, shaped by the needs and powers that exist in society as much as it is shaped by scientific imagination and discovery.
Posted by Dan Little at 10:27 PM

Great reference! Drive across Illinois and you'll see these great structures dotted along the plains, all along the rail lines.

Thanks for sharing, it was interesting to read!