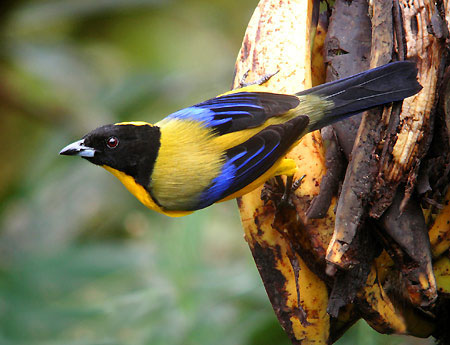 Are there any valid analogies between the evolution of species and various kinds of social change?

Here's the basic argument for the evolution of species in Darwinian theory: individual organisms transmit traits to offspring; there is a low but positive rate of mutation of traits; there is no inheritance of acquired characteristics; traits influence the overall reproductive success of the organism (phenotype); organisms with a higher level of reproductive fitness proliferate their traits more frequently; and, in time, the novel trait prevails within the population. Over long periods of time, the species becomes more adapted to the particular features of its environment through the accumulation of fitness-enhancing traits. An important conceptual issue that needed resolution in the development of modern evolutionary theory is the unit of selection: is it the individual, the gene, the kinship group, the extended group, or the species as a whole? For the mechanism of natural selection to work, we need to identify the individual as the unit of selection, not the extended group, because the mechanism depends on changing the frequency of a given gene within the population as a whole. Group selection is not a valid Darwinian mechanism of evolution. (This topic gained greater clarity through debates over altruism in animal behavior; G. C. Williams, Adaptation and Natural Selection 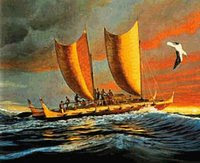 In general, I don't find that the analogy of natural selection has proven very useful as a basis for explaining social change. "Social evolution" appears to be a misnomer. In order for the analogy to work as a possible explanation of any kind of social change, we would need to be able to identify several specific things: the unit of selection; the features or traits that constitute the "phenotype" of the unit; the substrate in which the coding for traits exists (genotype); the mechanism of transmission by which "parent" transmits the trait to "offspring"; and the connection that is postulated between current traits and future reproductive success. We would also need a theory about the mechanism of mutation at the level of the coding of social traits, and -- if we are to stick with Darwinian evolutionary theory -- we would need to assure ourselves that acquired traits are not transmitted. Finally, the social situation would need to be one in which there are numerous independent "individual units" whose independent reproductive success over time leads to a change in the frequency of traits over time.

Partly the unsuitability of the analogy for explaining social change derives from the problem of the unit of selection: what are the units over which differential rates of survival are to be measured? The earliest social borrowers from Darwin chose to compare whole societies. The idea was that certain characteristics made one society more viable than another, and over time this advantage would lead to the dominance of the more fit society. But this isn't really a natural selection argument at all; there aren't enough societies, and the concepts of reproduction and fitness are not well defined.

A second sort of effort tried to draw a more exact analogy by singling out a kind of social organization which existed in multiple "phenotypes" in society. For example, evolutionary economics considers models in which the unit of selection is the business firm; the measure of reproductive success is profitability; and "reproduction" is simply survival from one period to the next. Putting the analogy simply: some firms have traits that make them more efficient and effective; these firms will be more profitable as a result; they will grow larger and stronger; and they will drive weaker competitors out of business. The market represents the selection mechanism. Over time, then, the superior business organization will become the standard -- until a next round of innovation occurs.

But this analogy isn't really a good one either, for a host of reasons. A firm is constituted by the ideas and behaviors of the individuals who make it up; there is no underlying genotype; participants actively redesign the traits of the organization (why else would there be consulting firms?); there is no real analogy to the transmission of traits through reproduction; and there would certainly be the possibility of transmission of acquired traits. So "evolution" towards more efficient or profitable forms of business organization seems to be simply a metaphor, not a theory of social change grounded in a mechanism of social reproduction and selection. If anything, the theory that seems to best describe the process identified here is "design, build, redesign" -- create a form of organization, observe its functioning, and modify the organization so as to achieve higher efficiency. In other words -- not natural selection but intelligent design.

A recent effort to use the theoretical machinery of natural selection as a scientific basis for social explanation is a paper by Paul Ehrlich, director of Stanford University's Center for Conservation Biology. Ehrlich uses available data about the timing and places of innovation in Polynesian canoe design to make an argument about cultural evolution. In an interview with Wired he puts his finding this way: "Features of culture that are tested against the environment will evolve at different rates from those not tested against the environment." Only the abstract is available online, so the full text isn't available; but it would appear that the argument goes something like this. The unit of selection is the local canoe-building tradition; the "genotype" is the hypothetical blueprint of the canoe this tradition builds; mutations are local innovations in design; and the winners are those canoe designs that are most seaworthy -- thus permitting their builders to populate more islands and build more canoes.

As a theory of technological change, I'm not convinced that the "selection" mechanism is doing much work here. Natural selection is a blind process; the finch doesn't notice that a longer beak would be a big advantage in digging out bugs from the bark. Rather, the "long beak" mutation occurs, and the long-beak finches out-reproduce the short-beak finches. In the canoe case, on the other hand, it is entirely credible that the skilled canoe builders are themselves observing and applying the test of nature; they are correcting the design so as to address the seaworthiness problems involved in the current iteration. So, as has turned out to be the case in so many other instances of social evolutionary thinking, the evolutionary metaphor doesn't seem to help much.

This isn't to say that it isn't possible to explain the diffusion of technical innovations over time and place as some kind of feedback process. It is certainly true that certain design traditions out-perform their rivals, and it is likely that these winners will eventually produce all the canoes within a certain domain (or steam engines, or silicon chips). Rather, the point is an explanatory one. We need to look for the concrete social mechanisms through which artifacts and traditions of skill change over time in response to the features of the environment and the society. And these mechanisms are almost certainly more intentional than the blind process of mutation and selection would suggest.

I have been ruminating on this since I read the wired article. I enjoyed your lucid explanation of the issues.

Thank you for your clarification of the concept of "group selection". I had been studying the literature and I was more confused after studying than when I started."
Your summation helped me get my head straightened out about the issue. We humans get so confused when metaphors come into play.