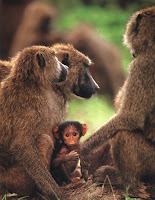 People bring highly contingent assumptions, beliefs, and frames to their reading of their social worlds. These framing assumptions are presumably the effect of prior life experiences and learning -- this is what we can refer to as the social psychology of social perception.

(It is possible there is some degree of biology here as well; we can't exclude the possibility that there is a natural-selection basis to a neurophysiology of social perception, as argued by the sociobiologists. The case is not resolved at present. Are there any social impulses that are hard-wired through our evolutionary history?)

Another thing we know about social cognition is that human beings are great storytellers. We can take a small detail and weave it into an orderly narrative. And we are likely to tell stories that play out our expectations, fears, or hopes. We interpret the events and behavior around us in ways that go vastly beyond the slender facts that we observe.

(There is probably a developed area of research on this particular feature of social cognition, analogous to the study of reading or pattern recognition, though I am unaware of such research. But it would go something like this: assemble a set of video clips of people acting and interacting without much explicit context, and ask the subjects to briefly describe what is going on. Insert various social cues and see how that changes the stories subjects construct -- for example, change the actor's clothing or adornments slightly.)

Now let's see what the point is. I suggest that these features of human social cognition make prejudice and discriminiation a very common feature of social cognition. Take a small dimension of mistrust of strangers; add to this a slight propensity for being uncomfortable with difference; add the usual fact of the information sparsity available in most social interactions; and fold in the degree of fictionalizing and narrative construction that social cognition normally involves -- and what are you likely to get? It seems credible that the resulting stories will often enough represent the other in terms that support prejudice, discrimination and fear. And it seems credible that these internalized stories, and the actions and consequences they produce, will reinforce and proliferate the prejudicial stories and behaviors.

This suggests a basis for expecting mechanisms of social cognition that are xenophobic, racist, homophobic, and sexist. It is an unpleasant possibility.

It also suggests that when we advocate for a society based on assumptions of trust, equality, and mutual respect -- that we need to be considering as well how to create a learning environment that creates these cognitive habits. We shouldn't assume that trust and equality are "natural" states of mind, but rather a set of cognitive habits that need to be specifically cultivated.

If this has some credibility, it probably gives some indications of what a non-xenophobic pedagogy ought to look like. It ought to work to provide more background knowledge about human differences -- to fill in part of the data gap. It ought to work specifically to defuse the
origins of "stranger anxiety" -- to work against the background of fear that structures many human interactions. And it ought to affirmatively make the case for equality among persons -- to counteract a tendency for the group superiority stories to emerge.

In other words, a just and equalitarian society needs to be created. It isn't an accident.
Posted by Dan Little at 3:57 PM