Conflict as an empirical-practical study 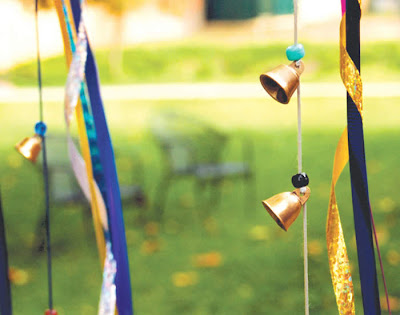 Conflict and peace studies have been a part of academic research since at least the 1970s. Many universities have created major research centers devoted to the study of the causes of conflict and possible pathways of conflict resolution. In some cases the focus of study is on particular zones of inter- and intra-state conflict: recurring civil conflicts in sub-Saharan Africa; the Middle East; Northern Ireland; Hindu-Muslim conflict in South Asia; or US-Soviet conflict during the Cold War. And in other cases the focus is less regionally specific and more concerned about identifying root causes and remedies for social conflict.

Causes of large social conflict are widely varied: for example, disagreements about access to resources, including water; disagreements about the use of religious sites; direct military competition to secure hegemony in various regions; disagreements about physical borders between states; and the list can be extended. We can also speculate that there is a "social psychology" associated with conflict -- both as a cause and as an effect. Social conditions that create fear, uncertainty, or suspicion of other social groups are surely relevant to the occurrence and duration of social conflict. In turn, an extended period of conflict and violence among groups within a population further undermines the potential basis for future trust and cooperation among members of these groups. And we can likewise explore the dynamics of the processes of political entrepreneurship through which some leaders seek to mobilize support around divisive identities and issues.

It is apparent that the study of conflict inherently requires an interdisciplinary approach. It has sometimes seemed to tilt towards international relations theory, with its calculus of political interest and rational strategy. But the insights of anthropologists, sociologists, geographers, social psychologists, political scientists, and area specialists are all relevant to the key problems: arriving at applicable (and testable) theories of the causes of conflict in a variety of circumstances, and arriving at strategies for reducing the sources of conflict and defining pathways from "conflictual" to "non-conflictual". We need to have fairly concrete sociological and ethnographic understanding of the structures and mentalities that are associated with extended periods of social conflict, if we are to understand the mechanisms that create, sustain, or inhibit these conflicts.

Resolution of inter-state conflict (warfare) seems to be a special case, and in many ways an easier case, than resolution of intra-state or intra-regional conflict. Answering the question, "Why do inter-state wars occur?" is likely to be quite different from answering the question, "Why does inter-group violence occur along ethnic or religious lines?" Finding ways of establishing enduring co-existence between Hindus and Muslims in India; finding ways of stabilizing relations between Protestant and Catholic communities and populations in Northern Ireland; resolving the causes of ethnic conflict and violence in Kenya or Rwanda; or creating a basis for peaceful co-habitation among Palestinian and Jewish communities in Jerusalem -- each of these challenges seems different and more difficult than solving the Cold War or managing inter-state nuclear competition.

What are the sources of this additional level of difficulty? There seem to be several reasons for this greater intractability. First is the fact that these conflicts involve mass populations that are only subject to minimal degrees of organizational or state control. So it is often difficult to resolve these sorts of conflicts through negotiations among a few powerful parties; instead, alleviating the causes of conflict needs to be pursued on a more disaggregated level. Second, the dialectic of action and reaction, affront and retaliation, seems to take on a life of its own that makes inter-group conflict and violence very difficult to damp down. One incident leads to several, with a spreading radius of conflict.

So are there some basic hypotheses about reducing conflict that might be applied to a situation of conflict within a population in a specific region -- whether among religious groups, ethnic identities, or other grounds of division? Here are a couple of thoughts.
These recommendations seem to amount to one basic point, almost Biblical in its simplicity: peace requires justice. So if we want to establish a peaceful regional or global society, we need to work very consistently and patiently towards establishing the conditions of just and equitable life circumstances for all people affected. Put the point the other way around, and you have a general hypothesis about the causes of conflict: pervasive, sustained injustice breeds violence and conflict.

But here is the hard question: is there any evidence that measures like these will work? Can a population get past its old sources of bitterness and hatred? Are there practical strategies that India, Ireland, or Israel can pursue that will methodically reduce the volatility of intra-population conflict? What kinds of empirical studies are available to help evaluate the efficacy of these various measures? Are there studies within social psychology on religious, racial, or identity politics that shed light on conflict and its resolution? These are the kinds of questions that we most need the disciplines of peace and conflict studies to address.
Posted by Dan Little at 7:20 PM