Subsistence ethic as a causal factor 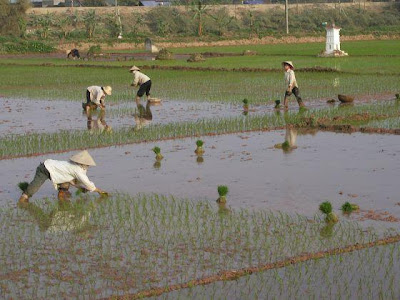 In his pathbreaking 1976 book, The Moral Economy of the Peasant: Rebellion and Subsistence in Southeast Asia

, James Scott offers an explanation of popular politics based on the idea of a broadly shared "subsistence ethic" among the underclass people of Vietnam and Malaysia. Earlier postings (hidden transcripts, moral economy) have discussed several aspects of Scott's contributions. Here I want to focus on the causal argument that Scott offers, linking the subsistence ethic to the occurrence of rebellion.

Scott's view is that the ensemble of values and meanings current in a society have causal consequences for aggregate facts about the forms of political behavior that arise in that society. Speaking of the peasant rebellions in Southeast Asia of the 1930s Scott writes,

We can learn a great deal from [peasant] rebels who were defeated nearly a half-century ago. If we understand the indignation and rage which prompted them to risk everything, we can grasp what I have chosen to call their moral economy: their notion of economic justice and their working definition of exploitation--their view of which claims on their product were tolerable and which intolerable. Insofar as their moral economy is representative of peasants elsewhere, and I believe I can show that it is, we may move toward a fuller appreciation of the normative roots of peasant politics. If we understand, further, how the central economic and political transformations of the colonial era served to systematically violate the peasantry's vision of social equity, we may realize how a class "of low classness" came to provide . . . the shock troops of rebellion and revolution. (Scott 1976:3-4)

This passage represents a complex explanatory hypothesis about the sources of rebellion. Scott holds, first, that peasant rebels in Indochina in the 1930s shared the main outlines of a sense of justice and exploitation. This is a system of moral values concerning the distribution of material assets between participants (landlord, state, peasant, landless laborer) and the use of power and authority over the peasant. Second, this passage supposes that the values embodied in this sense of justice are motivationally effective: when the landlord or the state enacts policies which seriously offend this sense of justice, the peasant is angered and indignant, and motivated to take action against the offending party. Offense to his sense of justice affects the peasant's actions. Third, Scott asserts that this individual motivational factor aggregates over the peasantry as a whole to a collective disposition toward resistance and rebellion; that is, sufficient numbers of peasants were motivated by this sense of indignation and anger to engage in overt resistance. On this account, then, the subsistence ethic--its right of a subsistence floor and the expectations of reciprocity which it engenders--is a causal antecedent of rebellion. It is a factor whose presence and characteristics may be empirically investigated and which enhances the likelihood of various social events through identifiable mechanisms.

The subsistence ethic may be described quite simply. Scott writes, "we can begin, I believe, with two moral principles that seem firmly embedded in both the social patterns and injunctions of peasant life: the norm of reciprocity and the right to subsistence" (167). Villagers have a moral obligation to participate in traditional practices of reciprocity--labor sharing, contributions to disadvantaged kinsmen or fellow villagers, etc. And village institutions and elites alike have an obligation to respect the right of subsistence of poor villagers.

Claims on peasant incomes . . . were never legitimate when they infringed on what was judged to be the minimal culturally defined subsistence level; and second, the product of the land should be distributed in such a way that all were defined a subsistence niche. (10)

Thus the subsistence ethic functions as a sense of justice--a standard by which peasants evaluate the institutions and persons that constitute their social universe. The subsistence ethic thus constitutes a central component of the normative base which regulates relations among villagers in that it motivates and constrains peasant behavior. And the causal hypothesis is this: Changes in traditional practices and institutions which offend the subsistence ethic will make peasants more likely to resist or rebel. Rebellion is not a simple function of material deprivation, but rather a function of the values and expectations in terms of which the lower class group understands the changes which are imposed upon it.

We can identify a fairly complex chain of causal reasoning in Scott's account. First, the subsistence ethic is a standing condition in peasant society with causal consequences. It is embodied in current moral psychologies of members of the group and in the existing institutions of moral training through which new members are brought to share these values. Through the workings of social psychology this ethic leads individuals to possess certain dispositions to behave. The features and strength of this systems of values are relatively objective facts about a given society. In particular, it is possible to investigate the details of this ethic through a variety of empirical means: interviews with participants, observation of individual behavior, or analysis of the content of the institutions of moral training. Call this ensemble of institutions and current moral psychologies the "embodied social morality" (ESM).

In line with the idea that the subsistence ethic is a standing causal condition, Scott notes that the effectiveness of shared values varies substantially over different types of peasant communities. "The social strength of this ethic . . . varied from village to village and from region to region. It was strongest in areas where traditional village forms were well developed and not shattered by colonialism--Tonkin, Annam, Java, Upper Burma--and weakest in more recently settled pioneer areas like Lower Burma and Cochinchina" (Scott 1976:40). Moreover, these variations led to significant differences in the capacity of affected communities to achieve effective collective resistance. "Communitarian structures not only receive shocks more uniformly but they also have, due to their traditional solidarity, a greater capacity for collective action. . . . Thus, the argument runs, the more communal the village structure, the easier it is for a village to collectively defend its interests" (202).

We may now formulate Scott's causal thesis fairly clearly. The embodied social morality (ESM) is a standing condition within any society. This condition is causally related to collective dispositions to rebellion in such a way as to support the following judgments: (1) If the norms embodied in the ESM were suitably altered, the collective disposition to rebellion would be sharply diminished. (That is, the ESM is a necessary condition for the occurrence of rebellion in a suitable limited range of social situations.) (2) The presence of the ESM in conjunction with (a) unfavorable changes in the economic structure, (b) low level of inhibiting factors, and (c) appropriate stimulating conditions amount to a (virtually) sufficient condition for the occurrence of widespread rebellious behavior. (That is, the ESM is part of a set of jointly sufficient conditions for the occurrence of rebellion.) (3) It is possible to describe the causal mechanisms through which the ESM influences the occurrence of rebellious dispositions. These mechanisms depend upon (a) a model of individual motivation and action through which embodied norms influence individual behavior, and (b) a model of political processes through which individual behavioral dispositions aggregate to collective behavioral dispositions. (That is, the ESM is linked to its supposed causal consequences through appropriate sorts of mechanisms.)