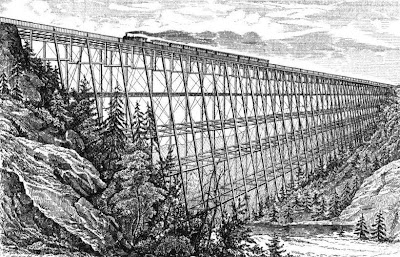 Historical generalizations are often suspect: "The Renaissance encouraged innovative thinking," "The Qing state stifled independent commercial activity," "The open frontier created a distinctively American popular culture." The problem with statements like these is their sweep; among other things, they imply that the Renaissance, the Qing state, or American culture were essentially uniform social realities, and they erase the forms of variation that certainly existed -- and that often constitute the most interesting of historical discoveries.

So grand generalizations in history are problematic. But then we have to ask a different sort of question. Specifically -- what kinds of generalizations are possible in history? If we can't answer this question constructively, then historical research loses much of its interest and purpose. If historical knowledge were limited to statements about specific actors in concrete local circumstances, it would have roughly the interest of a police report. Rather, the historian needs to aggregate his/her understanding of the available evidence into statements about larger agglomerations: villages, towns, and cities; crowds, classes, and professions; assemblies, riots, and movements. Moreover, we would like to be able to make something larger of the historian's findings -- something that sheds light on broader social realities and trends. And each of these requires generalization: statements that extend beyond the particular instances that are presented by the historical record.

Emmanuel Le Roy Ladurie's micro-history of the tiny village of Montaillou (Montaillou: Cathars and Catholics in a French Village, 1294-1324

) is worth considering in this context. His opening lines raise the question of generalization:

Whoever wishes to know the peasant of the old or very old regimes, does not aim at grand syntheses -- regional, national, or continental: I think of the work of Goubert, Poitrineau, Fourquin, Fossier, Duby, Bloch ... What is always missing is the direct aspect: the witnessing, without intermediary, how the peasant presents himself.

Le Roy Ladurie gives a treatment of the history of a very specific, small place -- a specific group of village actors in a short time period. Their stories are told through the records of Inquisition investigations. So you might say -- it's all very particular knowledge about this specific time and place. But if so, what makes it historically meaningful or valuable? How does it extend our historical knowledge and imagination? Why does it have greater historical significance than an ethnographic study of the graduates of a particular high school in rural Illinois in 1967, for example? We could imagine the latter study making for interesting reading -- the valedictorian ended up as a small-town insurance agent, the class clown became a well-known agricultural expert at the university, 60% of the graduates still lived within 20 miles of their high school location in 40 years. But would this latter study constitute a significant piece of "American social history"? And what more would we ask of the author of this study, in terms of relating his/her findings to larger historical settings and contexts, before we would call it a contribution to social history?

There appear to be several different ways in which a concrete micro-study can achieve the broader significance that it needs to qualify as a genuine contribution to historical understanding.

One possibility is that the micro-study is somehow "representative" of larger social realities at the time. One might read Montaillou as being representative of many other remote places in fourteenth-century France -- so the description of this place might serve to generalize to other parts of France. And what does this mean? It means, presumably, that the historian arrives at true statements about Montaillou that are also true of other villages at other times. (Though the author's cautions against "grand synthesis" seem to count against this use of his findings.)

Another possibility is diachronic generalization: the historian may have identified, under the "microscope" of detailed study of these decades in Montaillou, the crossing and emergence of historical patterns and changes that themselves have broader significance over time. The mental significance of Catholicism for rural people, for example, may have been undergoing change over a period of centuries; we might take the Montaillou snapshot as one instant in time of the larger historical trend. (Our historian of the small town high school class imagined above, for example, might relate her findings to changing attitudes towards universities or the government in small-town America.)

A third possibility is at the level of concepts of behavior and agency. The historian may grapple for ways of extending his/her vocabulary of action and thought for actors in the past; the micro-study may suggest a new set of categories in terms of which to understand the forms of action and thought that were possible for fourteenth-century common rural people. It is certainly an important question for the historian, to ask "why do people act as they do?" in specific historical settings -- the outposts of the Roman empire, village India, or sixteenth-century London; and the micro-study may serve to broaden the range of answers we have for this fundamental question. This intellectual task is not one of "generalization", but rather one of "speciation" -- specification of the broad range of variation that is possible within historical reality.

This may all come down to a truism: there is an irresolvable tension for historians between "specification of the local" and "generalization over trends". Too much generalization, and you lose the point of historical research -- you lose the tangible granularity of real people and social settings in history, and the surprising singularities that historians like Le Roy Ladurie or Robert Darnton are able to put in front of us. Too little generalization, however, and the research becomes pointless -- just a specification of a collection of actions and outcomes for which the existing historical record happens to provide some information. We want both from good historical writing: an adequate attention to specificity and some degree of projectability and insight into broader questions.
Posted by Dan Little at 7:51 PM