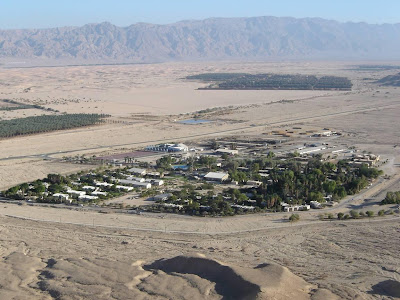 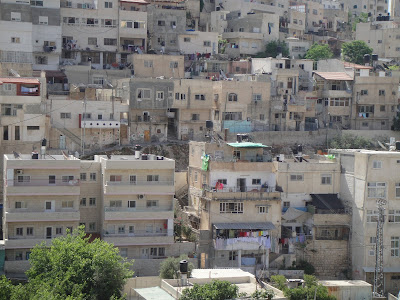 A first visit to Israel has been a fascinating experience in trying to begin to understand a different society.

I've met with university administrators and professors; reporters and media people; young people with a passion for social justice in Israel; a senior official in the foreign ministry; and a senior leader in an Israeli NGO devoted to securing greater social equity in East Jerusalem. I've met Israelis of many backgrounds: people with seven generations of family in Israel and Palestine, third-generation Kurdish Jews, recent Ethiopian and Sudanese immigrants, American and Canadian immigrants from the 1970s and 1980s, recent European business immigrants -- even a French producer of Yiddish art performances in Ein Karem.

I've seen high-tech zones in Herzliya, slums in Tel Aviv, stunning new luxury apartment complexes in central Jerusalem, and the dense and squalid reality of East Jerusalem. I've seen the wall -- the security fence -- and have witnessed how it bisects neighborhoods in a tightly packed urban core. I've seen children in East Jerusalem who plainly have very limited futures -- and I've seen new settlement apartment complexes in East Jerusalem, apparently sited precisely in order to make it virtually impossible to divide Jerusalem along the lines of the Clinton plan.

I've talked with university secretaries in Haifa who nonchalantly mentioned racing down the stairs six times a day to take cover from rockets -- with only 60 seconds of warning. I've seen the student cafeteria at Hebrew University that was blown apart by a bomb in 2002, and the touching memorial to the students who lost their lives there. And I've seen a major hospital in Jerusalem with a trauma center encapsulated in bomb-blast concrete and ventilation adequate to fend off chemical weapons. I've talked with Israeli citizens who are very committed to making progress on peace and justice for Palestinians, and who are equally passionate in supporting Israel's obligation to secure its citizens against violent attack. I've visited an appealing restaurant on the Mediterranean in Tel Aviv -- only to find that it's been closed for several years following a string of deadly suicide bombings there. And, of course, I've seen armed security guards in every cafe, restaurant, and hotel, trying to assure the safety of the guests.

There are quite a few social types I haven't been exposed to in more than a passing way in this brief visit: Bedouins, Russian political bosses, human traffickers preying on girls from Eastern Europe, and settler organization activists, for example. So there is a lot of Israel's current sociology that I haven't gotten an exposure to yet. But it is clear that there are deep social problems just under the surface -- in Israel's cities no less than other cities in the world. There are many examples -- corruption, organized criminal activity, misuse of urban land use procedures, persistent inequalities of opportunity for some Israelis.

Israel has achieved many enormous successes since its founding sixty-some years ago. It has created a robust democracy -- though one in which the Palestinians of East Jerusalem do not yet choose to participate. It has created and nurtured great universities -- the Technion, Hebrew University, the Weizmann Institute, to name just three. And it has committed in formal and informal ways to making a university education accessible to all Israelis. It has somehow nurtured an ethic of service and engagement in community among many young people -- the School of Social Work at Hebrew University, for example, is a lively place for community-based activism by students and community members. And it has embodied an entrepreneurial spirit in the high-tech world that has lent great impetus to economic growth. So these are great achievements.

But it is hard to see how Israel's future can be as bright as it could be unless the Palestinian conflict is resolved. A continuing status quo seems entirely unsustainable. The conflict needs to be resolved in ways that establish a fair foundation of life for all the communities and people of the region. And it needs to be resolved in a way that fundamentally respects Israel's rights of security for its citizens and institutions. Surely basic social justice is an irreplaceable prerequisite of a harmonious social order; likewise, the acceptance of nonviolence by all members of society is fundamental to a sustainable society.

There isn't much that one can learn in a fundamental way in just a brief exposure to a complex country. But here's a preliminary thought: Israel's course is being set today by a very wide range of actors: the Knesset and prime minister, city authorities, settler organizations, business investors, educators, NGOs, orthodox activists, and ordinary Israeli citizens. And where the policies will come out is deeply unpredictable. Will Israel succeed in solving the problem of a just solution for the people of greater Jerusalem? Will it succeed in reaching a peace agreement with the Palestinians that lays the basis for harmonious shared regional life? Or will disruptive actors on both sides continue to make enduring compromise impossible? The sad reality, from many other historical examples, is that passionate minorities and self-interested private interests may well prevail in creating structures that make lasting peace and justice impossible, for their own self-interested reasons. And that would be a tragedy, for all the people of the region.
Posted by Dan Little at 12:05 PM

Email ThisBlogThis!Share to TwitterShare to FacebookShare to Pinterest
Labels: CAT_misc

I just finished reading it, so I have it on my mind, but I'd highly recommend Eyal Weizman's Hollow Land as a work to check out on the sheer complexity of the situation there. His focus is predominantly on the spatial aspects of Israel/Palestine, but he goes into great detail on the multiplicity of actors that have worked independently to construct the present system of fractured and twisted territorial boundaries. I personally found it incredibly illuminating.