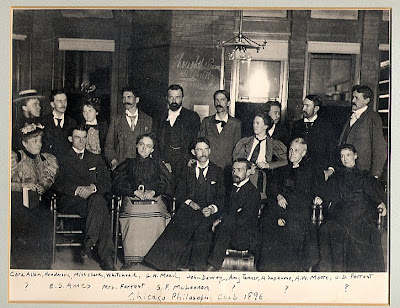 Intellectuals are sometimes accused of being out of touch with the real world. But there is a strong thread of intellectual life that proceeds on the basis of a commitment to linking thought to action, theory to practical outcomes. Karl Marx and John Dewey had at least this in common: they both urged intellectuals to commit themselves to joining the intellectual realm with the solution of humanity's challenges. This isn't a universal view; pure physicists and mathematicians, many philosophers, and many theorists of the arts would adamantly defend the pure search for truth and creativity, no matter what connection these may have to the improvement of humanity. But at least some thinkers and researchers see the purpose of their work as bringing the leverage of science and the mind into engagement with practical human problems. We might refer to this as a "pragmatic" perspective on inquiry.

What is involved in pursuing a life of inquiry within a pragmatic perspective? Most basically, it is the idea that inquiry can make a practical difference in the world. According to a pragmatic perspective, science is not a free-standing system for its own sake; rather, science serves humanity. There should be consequences that flow from research and inquiry that somehow or other lead to resolution of problems that we care about. This suggests a loose priority for "problem-directed research" over "curiosity-driven research." And a pragmatic orientation implies that the researcher should design his/her research activities in an intelligent portfolio around a significant set of pressing human problems.

A second implication of "pragmatism" in research comes down to expectations about methodology and epistemology. A pragmatic conception of research defines the epistemic values of research results "practically." A theory or set of measurements should be "good enough" for the needs of the problem, rather than aspiring to an abstract notion of perfect precision. The standards of precision and veridicality are set by the needs of the problem to be solved, rather than existing as free-standing requirements of ever-greater precision. (Sometimes, of course, greater precision is of great practical importance.)

But there is a little bit of a paradox underlying these comments. We don't generally know what kind of theoretical advance will be needed or constructive in application to a particular problem. Solving problems requires valid understandings of the mechanisms that give rise to these problems; but discovery of underlying mechanisms may proceed best from apparently unrelated theoretical research. So this seems to imply that the research community as a whole will be most pragmatically successful, if there is some division of labor within the community between "curiosity-driven researchers" and "problem-solver researchers." (This seems to correspond roughly to the distinction between pure research and applied research.)

There is of course an important current of American philosophy that is labeled "American pragmatism." (See Christopher Hookway's excellent essay in the Stanford Encyclopedia of Philosophy, and Israel Scheffler, Four Pragmatists: A Critical Introduction to Pierce, James, Mead and Dewey

.) How do the central ideas and exponents of this school -- Peirce, James, Dewey, perhaps eventually Goodman, Quine, and Rorty -- relate to the discussion to this point? William James puts the point of pragmatism in terms of a theory of semantics (link): we can explore the meaning of concepts in terms of the practical difference one interpretation or the other makes in the realm of ordinary experience. John Dewey emphasizes the practical connections that exist between knowing and living (Experience and Nature). Neither of these ideas exactly captures the sense of "pragmatic" that is at work here, though; the idea that there is a human point to inquiry, and that the investigator needs to pay attention to both ends of the "theory/world" dichotomy.

It is also interesting to realize that there is a parallel theme in Marx's thought. Marx's insistence on the unity of theory and practice falls in this general area, as does his eleventh thesis on Feuerbach: "The philosophers have sought only to understand the world; the point, however, is to change it" (link). Marx didn't diminish the importance or value of theoretical research; but he insisted on the importance of keeping in mind the relationship between theory and practice, between knowledge and social improvement.

The Chicago school of sociology provides a good illustration of a pragmatic approach to social research. (See Martin Bulmer, The Chicago School of Sociology

.) The Chicago sociologists regularly went back and forth between assessment of the current material and social problems that the city of Chicago was experiencing, and formulation of theories and analytical constructs that might assist in better understanding and addressing these problems. (It is interesting that John Dewey was an important early influence on the formation of the Chicago school.)

So there is a coherent position to take concerning the relationship between intellectual inquiry and practical outcomes. We might say that one of the responsibilities of intellectuals is to assure that their work ultimately has value, and an important manifestation of value is "contribution to the solution of practical human problems." However, it is also true that there are other ways in which intellectual work can have value; so the pragmatic approach cannot be considered to be an exclusive one. Moreover, the point made above, that pure imaginative and theoretical investigation can often have great practical value assures that there is a continuing point to pure research as well. Proof of the Gödel incompleteness theorem didn't have direct practical consequences for computing, so far as I know; and yet it is unmistakeably a valuable result of human reasoning, and one that sheds strikingly new light on the nature of mathematical truth.
Posted by Dan Little at 6:49 AM

"Proof of the Gödel incompleteness theorem didn't have direct practical consequences for computing, so far as I know"

Gödel proved that in any finitely axiomatised logical theory of arithmetic there must be sentences that are true but not provable, by presenting a method of constructing them.

His method involved a highly ingenious way of coding sentences, and indeed whole proofs, themselves as products of powers of prime numbers in such a way that "I am an unprovable sentence" is expressed as a property of a number.

The bold yet delicate use of self-reference here was at least an inspiration for Turing and later for compiler design.

I was about to protest the misspelling of Peirce's name., but I see that it's Amazon error, not yours. It matters to me because he deserves respect as the first major American logician and a seminal influence on modern mathematics and the philosophy of science, and because he was unjustly neglected during his lifetime.

Not only did he anticipate Heisenberg's Uncertainty Principle, and set out a finite axiomatization of arithmetic before Peano did, and the basis axiomatic set theory before Zermelo did, but also his notation and terminology were readable and suggestive, giving future logicians a better language to work in than the clunky terms of the Germans. (Perhaps I reveal my bias – my teachers were students of Alfred Tarski, who admired Peirce's work.)

For what it's worth, Schleffer's Four Pragmatists: A Critical Introduction to Peirce, James, Mead and Dewey (spelled correctly) is up on Google Books in a fairly readable format.