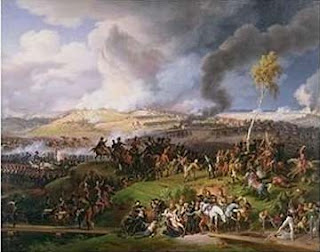 Making sense of the human world has always been a part of the continental tradition in philosophy. History, justice, and meaning are subjects that have played central roles in continental writings relevant to "understanding society" for three centuries, and dozens of philosophers have focused on these and related topics in deeply fertile ways -- Kant, Rousseau, Hegel, Montesquieu, Vico, Herder, Schleiermacher, Fichte, Feuerbach, Marx, Nietzsche, and Dilthey, to name an important dozen. I don't think it is wrong to say that history and society have been foundational questions in this tradition in ways they have not been in the Anglo-American tradition. So continental philosophy of social science (CPS) has much to draw upon.

Several strands of thinking have been particularly important.

First is the idea that the human world is a world of meanings and relationships. Human action is meaningful for the agent, and it is meaningful for the other humans who are affected or observe it. So an important part of understanding the social world is interpretation of the created meanings of actions, expressions, and artifacts. This line of thought brings us into the hermeneutic tradition, from Dilthey to Ricoeur, and the range of efforts in philosophy, theology, criticism, and psychology to provide a basis for interpretation. (See an earlier posting on this subject.)

A second important idea is the notion that the social world is constituted by relationships, not monads. Hegel's Phenomenology provides one clear instance of this perspective -- think of the logic of defining the subject through interaction with the object, or of the Master-Slave narrative. Marx's theories of alienation and class likewise place "human beings in relationships" at the ontological center. Nietzsche too places the relational at the center of many of his philosophical theories.

A third pillar of thinking in this tradition is the crucial role of history in human affairs. History matters; it is through history that humanity makes itself, and central social creations are the product of long historical evolution -- the state, language, religion. Vico and Herder offer good examples of this approach, and Hegel offers another. The philosophy of history is core to Hegel's thinking -- not only in his lecture notes on the philosophy of history but the Philosophy of Right and the Phenomenology of Spirit as well.

A fourth important theme in CPS is the idea of knowledge through criticism. Feuerbach's transformative criticism is a case in point; likewise Marx's method of critique as an intellectual method and a conception of rigor. The phrase "a critique of political economy" recurs in numerous of Marx's subtitles; Marx's thought often proceeds through critical rethinking of the works of others. Dialectical thinking is one version of this approach, but there are other species of criticism as well.

A fifth defining characteristic of CPS is the orientation it takes towards causation in the social world. In a nutshell, CPS doesn't attach much importance to causal relationships in the social world. Causation is a feature of the natural world, but CPS draws a sharp distinction between the natural and human worlds. The "human sciences" have to do with understanding rather than explanation, meanings rather than causes.

So, CPS calls out a number of characteristics of the social -- history, meaning, hermeneutics, relationships, criticism, and dialogical thinking, to name several. What this picture does not emphasize is the set of ideas defining scientific rigor for the analytic tradition: an organized conception of theory, a theory of observation and evidence, the idea of the neutrality of scientific knowledge. This is systemic, because CPS is explicitly and implicitly anti-positivist. The implicit part is the more interesting. The continental tradition has a very different philosophical framework for epistemology and knowledge than the empiricist tradition, and a different conception about what constitutes rigorous knowledge. It is more inclined towards philosophical reasoning as a source of knowledge and generally less devoted to empirical inquiry.

We might ask, though, how these themes in the philosophy of society and history help us today in the problem of articulating better and more rationally justified theories or representations of the social world. Does CPS provide any clues about how to configure a better sociology for China or a better theory of social relationships in the Internet age? Does it improve our epistemology of social knowledge? Does it broaden the scope of our historical or sociological imaginations? Does it provide the basis for some salutary critique? Does it deepen needed critiques of positivism and naturalism? (See accursedshare for a current blog that takes this tradition and these questions seriously.)

What seems likely is that both traditions are needed as a foundation for understanding society. They emphasize different but important perspectives on the social world. And further, there are very few flat contradictions between the two traditions. So a fertile collaboration is entirely feasible.

asks us to initiate this reflection -- and she is right. Other titles I have appreciated for their treatment of Hegel's philosophy of society and history include Shlomo Avineri, Hegel's Theory of the Modern State

, and Alexandre Kojeve, Introduction to the Reading of Hegel: Lectures on the Phenomenology of Spirit

. These books illustrate how continental philosophy makes a substantial contribution to understanding society and history.

Thanks for the link!

I think you do a good job here at outlining the dominant perspective in/of continental social science, but (as with every discipline) there's some smaller schools that are particularly interesting too.

So, against the sort of dominant version's focus on meaning, interpretation, and the re-construction of actor's thoughts, there's a whole school of 'realist' thought which focuses on the real production of meaning through various mechanisms (or which even sets meaning aside as relatively uninteresting).

Some are structural and (claimed to be) objective and universal - hence the continental's own brand of universalizing science. (Levi-Strauss is the most famous of these.) This is still mostly focused on meaning though - albeit meaning produced by non-signifying structures - so it's not too far off from your characterization.

Others, however, focus on unconscious mechanisms, with some interesting work lately looking at the neurobiology of individuals, and how these play into social structures. (Jacques Lacan is the source of these ideas, although Slavoj Zizek and some others have made his work much more accessible.) There's been a pretty big push lately, also, to integrate the sciences of the brain into previously strictly philosophical perspectives. So these positions focus on what can't be integrated into a meaningful experience, and how these disrupt both individuals and socio-political structures.

And still others (like myself) look at what are called 'assemblages'. Rather than delineate the world according to epochs, periods or some other generalized unitary social structure (e.g. modes of production), assemblages look at the play of micro-level tools, intentions, habits, techniques, etc. They take these and look at how they spread throughout society (using Gabriel Tarde's work on imitation, for example). They also - most importantly - see how these various micro-level processes accumulate and conjoin with other heterogeneous processes to create emergent social structures. So, unlike the structuralists mentioned earlier, these ones see them as a continual process, and dependent on micro-level units (which can be human, physical, technological, etc.) Also unlike the earlier structuralists, there's no homogeneous logic of how things change. So technology can have its own logic, while law can have another, and science yet another (all of which can be further broken down); the key is when they conjoin and produce something irreducible to either one of them.

A great example of this is Michel Foucault's work, where he examines the emergence of the seemingly necessary modern-day prison system. He shows how it combines various disciplining techniques originally created in schools and barracks, and how a whole discourse about it was created to shift the parameters of what was considered legal and illegal (and how to determine what a 'criminal' was - e.g. was it natural, or could they be reformed?). All these processes unintentionally (along with demographic changes) combined together to create the apparent necessity of the prison system.

Other authors using this idea include Gilles Deleuze, Bruno Latour, William Connolly, Manuel DeLanda, Jane Bennett and (to a lesser degree) Saskia Sassen. (As a side note, most of these authors were influenced by the Annales school, so there's some interesting connections to be drawn out there.)

I'd also mention that there's a whole school of emerging continental thought that takes seriously empirical work and realism (albeit not necessarily causal realism - but there are others who are struggling to reformulate a continental conception of causality). These relatively new authors are trying to bridge the gaps between continental and Anglo-American science, and so their works place a premium on clarity and rigor of argumentation, along with taking into account the repercussions of natural science. (Although, they haven't yet really taken into account the insights of American social science - which is where I see my own opening for something interesting to say. But I'm only beginning that massive project...!)

Anyways, through your blog you've provided me personally with a lot of interesting schools of thought and books to read, so hopefully I've managed to approximate that here in my own area of (relative) comfort. Cheers!