Is publicity an important source of power? 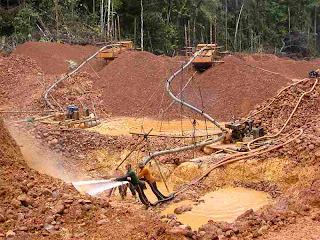 What is publicity in the sense intended here? It is shared public knowledge of a given state of affairs. It stands in contrast to secrecy and deception, and it is cognate to transparency. Public knowledge is shared knowledge. And philosophers such as Rawls and Habermas have given great moral importance to this circumstance of publicity within their conceptions of a good democratic society. The Internet, with its ubiquitous voices and constant growth, is a particularly salient embodiment of the idea of publicity. But is publicity a resource of power and influence for ordinary people?

I begin with a simple observation: Powerful agencies in global society pursue their interests using the many forms of power available to them. Corporations, states, and powerful individuals exercise various kinds of power over ordinary people and groups. Coercion, deception, concealment, and intimidation rest in the portfolio of the powerful. What forms of self-defense are available to ordinary people against the misuse of power through coercion, intimidation, or the corruption of other wielders of power?

Amartya Sen's answer to a part of this question is a famous one. He poses the question, why did major famine occur in post-Revolution China but not in post-Independence India? And his answer is, the existence of electoral institutions and a free press in India but not in China. The publicity of an emerging famine gave the Congress Party in India a major incentive to take steps that would prevent full-blown famine conditions. By contrast, the opacity of China and the non-accountable power of the Communist Party permitted the famine of the Great Leap Forward to continue through two harvest seasons and to accumulate to 20 to 30 million excess deaths. Publicity and public accountability of government played a decisive role in the different experiences, according to Sen and his co-author, Jean Drèze (Hunger and Public Action

So, in suitable political circumstances, a free press involving independent investigative journalists can be a check on power, both in the hands of the state and for non-state actors. (Several earlier posts comment on the limits of this mechanism in authoritarian states; see entries under the label repression.)

What about the web and the blogosphere? Can these decentralized and non-official forms of publicity serve as an effective check on the abuse of power by the powerful?

There are several reasons for thinking they can, but there are also several countervailing factors. On the positive side, the web provides a broad and diffuse platform through which people with concerns or grievances can express their ideas and observations. Web pages and blogs provide everyone with a platform from which to make a case and present evidence. We can all be investigative journalists; we can all speak truth to power. And thanks to the power of search engines, these voices aren't doomed to the oblivion of cacaphony. People concerned about a particular issue can find each other and pool information. And they can coordinate their actions into organized collective action. Whistle-blowers can publish their knowledge on the web -- often behind a screen of anonymity that protects them from retaliation.

But we have to ask this question: to what extent does public knowledge of an abuse lead to effective actions or processes that remedy the abuse? What social mechanisms transform public knowledge into power? Sen's argument about famine identifies one such mechanism: voters care about famine, and parties or candidates who are known to be ineffective in response to famine will be unsuccessful at the polls. So public opinion, energized by knowledge of disturbing facts, can lead to action by elected officials. But this mechanism isn't available in all social settings or for all forms of bad behavior by powerful agencies, for several reasons. First, some forms of bad behavior by the powerful are largely outside the control of democratic processes -- for example, business practices. Second, there are recognized strategies of "spin control" that allow bad actors to obscure their actions from public view. Finally, it is all too often that it is difficult to capture enough public attention to an abuse to gather a significant political force. (Think about how relatively ineffective public knowledge and revulsion about the violence in Darfur has been; and think about how little effect public knowledge of ineptitude and racial bias in governmental responses to Hurricane Katrina had on the actual policies and remedies that have been offered. The public knows quite a bit about both situations; but this knowledge hasn't actually changed very much.)

Consider a hypothetical example. Suppose the XYZ mining company is developing a major gold mine in an underdeveloped part of the Amazon. And suppose that its practices of land acquisition, environmental effects, and labor relations are in fact highly abusive, coercive, and destructive. (Here's a summary of a report documenting just this sort of behavior in Guyana.) For example, suppose the company has hired a private security company to evict local farmers, and evictions have taken place through the use of a significant amount of coercion; and suppose that the operations of the mine are creating significant and permanent environmental destruction. Now suppose, finally, that travelers and reporters have unearthed some of the details of these bad behaviors. How can that information be used to compel the company to improve its practices, or to lead to some form of punishment for the company that might deter similar practices in the future?

It would appear that there are only a few avenues of influence that exist. First, reporting the behavior to the national government that has jurisdiction might result in enforcement of national regulations about labor and environmental practices. Second, widespread global exposure of the practices might prove to be sufficiently embarrassing for the XYZ company that it has an incentive to reform its practices. And third, widespread exposure of the practices to potential customers of the XYZ company might lead these customers to purchase their gold from a competitor.

It is apparent that all of these remedies are very weak. National governments often lack either the will or the capacity to enforce regulations -- even when they exist. Multinational corporations have thick skins, and public embarrassment may be a relatively small price to pay for profitable practices. And they have deep pockets when it comes to communicating their side to the story. And influencing consumers using this kind of information is possible but limited. The effort to discourage consumers from buying "conflict diamonds" falls in this category, and in the case of diamonds it may be moderately effective. But it is not likely to affect the purchasing behavior of anonymous companies buying raw materials whose business interests are defined by price, reliability, and quality.

So it seems that two things are true: first, that the internet has created a channel for the gathering and sharing of information that greatly increases the likelihood that bad behavior by powerful actors will be noted in some detail; and second, that this degree of publicity is only weakly to moderately effective in discouraging or punishing bad behavior by powerful actors. So publicity is a resource for the powerless; but it is a resource with fairly limited effects.
Posted by Dan Little at 10:25 PM

So, knowledge is not really power is the conclusion I draw from this post. I agree with it, but it is very depressing.

I think a more nuance and contextual concept of power is required before assessing the importance of publicity, mobilization and the internet. Power is perhaps more usefully conceptualized not as an abstract quality of an actor (be it organizational or individual) but rather as a property of a relationship. For example, I just Emerson's 1962 Power-dependence relations. In Emerson's model, the power of A over B is equal to the dependence of B on A. There are some problems with that framework, but it's a huge improvement over no definition, or a hazy implicit definition that casts the social world in terms of the powerful and the powerless.

So, to the question of publicity, the most useful approach might be to ask, under what circumstances will an actor be dependent on the opinions of the public? In those cases, we would expect the mobilization of public opinion to be effective at changing an actor's behavior. Politicians up for office are more responsive than politicians in lifetime appointments, and businesses that sell resources to other businesses are presumably less responsive than businesses with brand names who rely on positive association with their image.

A close solution could be to trace the networks of our world in order to make public how they work. For such a solution as way to rebuild a political project better suited to our globalized society, see for example http://yannickrumpala.wordpress.com/2008/09/16/knowledge-and-praxis-of-networks-as-a-political-project/