More on what can be explained 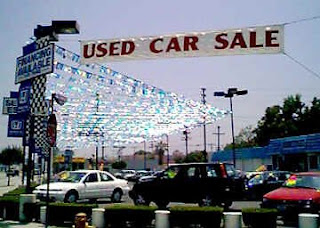 One obvious category is the example of a perplexing mid-range social regularity. Why do used cars usually sell for less than their "real" value? Because of the asymmetry of information between buyer and seller (the market for lemons). Why does ethnic conflict turn violent more commonly in circumstances where the institutions of civil society are weak? Because weak civil institutions undermine trust between distinct intermixed groups. (Here is a posting summarizing some recent thinking on this connection between civil society and ethnic violence.) Why do collectivized farms usually witness lower labor productivity than privately owned farms? Because of some common features of labor management and supervision that are usually a part of collective farm practices but not of private farm practices, that are likely to result in individual effort that is of lower quality or intensity than the private alternative. (This is sometimes referred to as the "easy-rider" problem.)

This category encompasses cases of non-trivial regularity. These are all examples of what I call "phenomenal" social regularities. They are not manifestations of some underlying set of social laws, but rather the common results of a set of mechanisms or processes in a range of cases (article). In each case the explanation proceeds by identfying a common but non-obvious mechanism or structural feature that produces the observed outcome.

Another important category of social phenomena demanding explanation is the large, complex social occurrence. (William Sewell calls these "events" -- historical occurrences that are "irreversible, contingent, uneven, discontinuous and transformational" (link). ) Here I have in mind things such as the great Pullman strike of 1894, the defeat of France in the Franco-Prussian War in 1870, the civil war in Lebanon in the 1980s, the Rwandan genocide, or the selection of alternating over direct current electricity transmission systems. In each case we want to know why the event occurred -- the event is important and obscure -- and it is credible that there may be a small number of social mechanisms and circumstances that can be discovered and that brought about the event.

So explanation of these singular but extended events takes the form of a causal narrative that turns on a small number of important causal factors or mechanisms. The burden of explanation is to discover the mid-level social processes and mechanisms that caused the outcome to occur. And a feature of generalization comes into this account as well, but at a different point in the story: to say that P caused O in the circumstances is also to imply that P would have similar effects in similar circumstances in other settings.

So the idea of a social regularity comes into this discussion twice. First, we are often led to ask for an explanation when we observe a curious regularity -- instances of similar behaviors or outcomes in separate cases. "Why does this weak regularity obtain across independent cases?" And second, the type of explanation highlighted here is a causal explanation, which implies assertions about counterfactual regularities. "The outcome occurs because of the regular causal powers of such-and-so a causal mechanism." A factor that possesses the causal power to help bring about a certain kind of effect plainly plays a role in statements like this: "whenever P occurs in circumstances substantially similar to C, O is likely to occur." And this is a statement of an idealized regularity. This in turn lends some support for the idea that explanation and the discovery of a level of social generalization are linked -- but not in the way that the nomological-deductive model of explanation would imply.

(See Varieties of Social Explanation for other perspectives on these questions.)
Posted by Dan Little at 9:26 AM