Tributaries of the philosophy of the social sciences 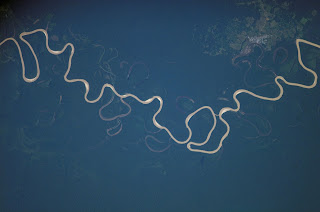 The philosophy of the social sciences is largely focused on questions about the nature of our knowledge, representation, and explanation of social phenomena. There is an ontological side to some of the questions in this field -- for example, what is the nature of social phenomena? But many of the questions are epistemological, having to do with the conditions of knowledge and representation that obtain when it comes to social facts. I think it is useful to sketch out a map that indicates the topography of some of the fundamental questions and approaches that have contributed to a better understanding of social science. And this effort will demonstrate that there is no single, coherent field that is the "philosophy of social science"; instead, there are overlapping and intertwined efforts by several traditions to arrive at better and more justified representations of social knowledge.

The fruitful ideas in this field derive from several separate tributaries, it seems to me. One important source is the group of "founders" of the social sciences who themselves thought very hard about the question of the conditions of establishing a social "science". Max Weber, Emile Durkheim, Georg Simmel, William Thomas, and George Herbert Mead all had original and insightful ideas about what a scientific study of social reality might consist in. And, in most instances, these ideas were driven by their acquaintance with the richness of social life rather than by philosophical presuppositions. So these founders forged a philosophy of social research along the way as they constructed their models of what theory and research ought to look like in the study of the social world.

Another important source for current philosophy of social science is the tradition of empiricism that led to twentieth-century analytic philosophy of science. Here we can highlight John Stuart Mill, Moritz Schlick, Carl Hempel, and Ernest Nagel as philosophers who brought the machinery of positivist epistemology to a conception of what the social sciences ought to look like. As suggested in an earlier posting, there are profound problems with some of these ideas; but there is no doubt that they have been influential. And this influence shows up very explicitly in social science writings concerned with the logic of quantitative social research.

There is another source for contemporary philosophy of social science that has something in common with both these but is nonetheless distinct. This is the impulse that comes from rational choice theory and the idea that social patterns are the expression of individual rational choices. Mill's writings suggest this idea, and it is a very strong component of the classics defining microeconomic theory as well (Walras, Pareto, the Austrian school). The effort to bring decision theory and game theory into play in explaining concrete social developments is a manifestation of this approach -- for example, Samuel Popkin's work on peasant rebellions (The Rational Peasant: The Political Economy of Rural Society in Vietnam

). What makes this framework philosophical is the implicit idea of reductionism that it offers as a strategy of explanation: high-level social facts need to be decomposed into logical compounds of lower-level facts at the level of individuals. (This is the doctrine of methodological individualism.)

The intellectual framework of "scientific realism" is also an important tributary to contemporary philosophy of social science. Against the instrumentalism associated with positivism, this approach maintains that the social or natural worlds possess an objective set of characteristics, and it is possible to know the approximate outlines of these characteristics. When brought into contact with the social sciences, realism leads us to expect that there are real social structures, conditions, and causes, and that it is one of the functions of social science to describe those real circumstances and their relationships with each other. The recent emphasis on "social-causal mechanisms" is a version of scientific realism in application to the social world -- for example, Social Mechanisms: An Analytical Approach to Social Theory

There are two other tributaries that are important contributions but that have been less influential for analytic philosophers of social science, one deriving from Marx and the other from thinkers like Dilthey and Gadamer. The first is materialism and an emphasis on social structures, and the other is the hermeneutic tradition. The materialist tradition attempts to organize social reality around a set of structures with causal properties (modes of production, property relations, forms of technology). The hermeneutic tradition takes "social action" as the fundamental social fact, and looks at the challenge of interpreting social action as the fundamental problem in social research. Yvonne Sherratt's Continental Philosophy of Social Science

is a very useful study of the influence of these traditions, and I will return to her discussion in a later posting.
Posted by Dan Little at 5:21 PM

Thanks - Sherratt's book looks really interesting. My own personal thoughts are that the (nearly non-existent) dialogue between continental philosophy and Anglo-American social science could be really productive, so this looks like a great book to open up that discussion.