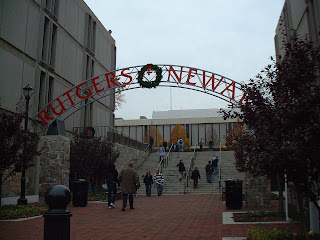 Several earlier postings have addressed some aspects of the causal question (post, post). Here I'd like to consider the policy question -- and the question of how we can use empirical evidence to evaluate the effectiveness of large policy initiatives on social outcomes such as mobility.

One social policy in particular seems to have a lot of antecedent plausibility: a policy aimed at increasing the accessibility of higher education to the disadvantaged group. The theory is that individuals within the group will benefit from higher education by enhancing their skills and knowledge; this will give them new economic opportunities and access to higher-wage jobs; the individuals will do better economically, and their children will begin life with more economic support and a set of values that encourage education. So access to higher education ought to prove to be a virtuous circle or a positive feedback loop, leading to substantial social mobility in currently disadvantaged groups.

It is a plausible theory; but are there empirical methods through which we can evaluate whether it actually works this way?

Paul Attewell and David Lavin undertake to do exactly that in Passing the Torch: Does Higher Education for the Disadvantaged Pay Off Across the Generations?

, published in 2007. Their research consists of a survey study of a cohort of poor women who were admitted to the City University of New York between 1970 and 1972 under an open-admissions policy. Thirty years later Attewell and Lavin surveyed a sample of the women in this group (about 2,000 women), gathering data about their eventual educational attainment, their income, and the educational successes of their children. Analysis of their data permitted them to demonstrate that attenders were likely to enjoy higher income than non-attenders and to have children who valued education at levels that were higher than the children of non-attenders.

The benefits of higher education in increasing personal income were significant; they find that in the population surveyed in 2000, the high school graduate earned $30,000, women with some college earned $35,000, women with the associate's degree earned $40,783, women with the bachelor's degree earned $42,063, and women with a postgraduate degree earned $54,545. In other words, there was a fairly regular progression in income associated with each further step in the higher education credential achieved. And they found -- contrary to conservative critics of open-access programs in higher education -- that these women demonstrated eventual completion rates that were substantially higher than 4-6 year graduation rates would indicate -- over 70% earned some kind of degree (table 2.2). "Our long-range perspective shows that disadvantaged women ultimately complete college degrees in far greater numbers than scholars realize" (4).

So access to higher education works, according to the evidence uncovered in this study: increasing access to post-secondary education is the causal factor, and improved economic and educational outcomes are the effect.

This is an important empirical study that sets out some of the facts that pertain to poverty and higher education. The study provides empirical confirmation for the idea that affordable and accessible mass education works: when programs are available that permit poor people to gain access to higher education, their future earnings and the future educational success of their children are both enhanced. It's a logical conclusion -- but one that has been challenged by conservative critics such as Bill Bennett. And given the increasing financial stress that public universities are currently experiencing due to declining state support for higher education, it is very important for policy makers to have a clear understanding of the return that is likely on the investment in affordable access to higher education.
Posted by Dan Little at 10:05 AM

A question about their findings: How, if at all, did the authors address selection bias/selectivity? In particular, the women in the study chose to enroll in the open program while others did not, correct? We can thus infer some (pre-existing) difference between these women and those who chose not to enroll. The effect of the "treatment" (access to CUNY) is conflated with that pre-existing difference, no?

For a related example, at UCSD there exists a very innovative public charter high school (the Preuss School) for children whose parents did not attend college. The school's admission is by lottery, with no other criteria, so placement into the school is somewhat random. A study tracked both students who were admitted and those who were not, but who applied. Students who applied but were not accepted did much better than their peers in traditional public schools, and equivalently well on many metrics to students who attended the Preuss school. The one major difference came in college applications and acceptances - it seems the specific resources and culture of the school dramatically increased the ability of the students to successfully apply to colleges. In any case, much of the 'treatment' effect seems to have been a selection issue.

Could this study be the same? The women who were willing to put their time and energy into higher ed, and who were already capable of getting something out of attending, might have found other ways to improve their situation were this route closed.

This is a good point. I don't think the authors address it directly. One partial methodological remedy is to "control" for the factors that we can observe so that the treatment and non-treatment groups are reasonably similar, but as Stan Lieberson notes, there is always the possibility or likelihood of selectivity within the control variable.

This set of issues is considered in an earlier posting on "Quasi-Experimental Data".

"The study provides empirical confirmation for the idea that affordable and accessible mass education works: when programs are available that permit poor people to gain access to higher education, their future earnings and the future educational success of their children are both enhanced."

Just because university enhances individual career chances does not mean that providing university education to all would do the same.

There is a strong argument that much of the benefits of university to the individual are positional: i.e. it helps you get a nicer job when competing with non-graduates, but it doesn't help you do the job any better. Was this the case here? Or was the participants' particular education demonstrably relevant to the careers they followed?

If that argument is even somewhat correct then it undermines the conclusion you draw from this study: that rolling out higher education to all disadvantaged would be similarly successful in raising their life-chances. Unless they are learning something genuinely useful, of course.