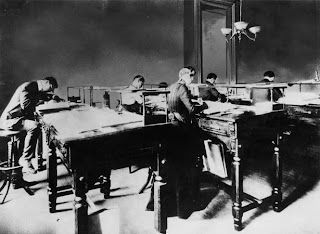 An institution is a specific ensemble of interlocked organizations and rules that serve to coordinate and constrain the behavior of a number of individuals; and the specific features of the organization have often been refined to bring about specific effects: enforcement of laws, maximization of tax collections, minimization of corrupt behavior, efficient delivery of services, ... The reformers, in this case, are not usually master designers or architects standing at the top of the institution; instead, they are an army of players and stakeholders who have the capacity to proliferate or modify various aspects of the institution. So an institution is generally a collective product, created, sustained, and modified by an army of participants, from CEOs to supervisors and directors to front-line workers.

The ideas of "purpose" or "function" are hard to disassociate from the idea of an institution. Purposes have to do with the intentions of the creators or reformers of a thing; and functions have to do with the relationship between the thing's effects and the broader needs of the system within which it sits. We are often led to ask questions like these: What is the mission or purpose of the institution? What social functions does it fulfill? What are the intentions of the actors that are expressed in the various sub-components of the institution? 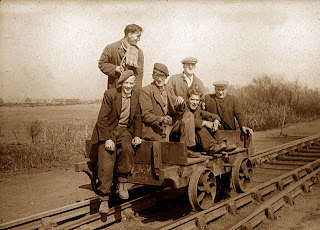 Here, however, we have to be very cautious. Social institutions and organizations do not have "essences" or "natures", and they do not have inherent functions. This functionalist interpretation may once have been appealing but is no longer credible. There is no basis for imagining that social institutions are optimized for bringing about important social effects. And there is no mechanism of "social selection" that serves as a general equivalent to "natural selection" and that would lead to a process of improvement of fitness for social institutions. (This isn't to say that any variant is equally good; smart social engineers will plainly avoid institutional arrangements that are påatently unworkable. But there is usually a range of alternative arrangements that would be "good enough", so that the existing arrangement is only one out of several that could have been implemented.) So the concept of an institution's function isn't a particularly useful one. (See an earlier post on questionable analogies between social science and evolutionary biology.)

It is fair enough to say that purposes come into the design of an institution. After all, institutions are semi-deliberate social artifacts, and their creators have purposes. But generally these are the local and parochial purposes of participants at a variety of levels, not the purposes of some grand designer for the institution as a whole. The conventions of double-entry accounting express the purpose of an enterprise owner to assure the honest performance of money-handlers in the organization; featherbedding work rules on nineteenth-century railroads expressed the purpose of resistant workers within the railroad business organization. Each of these features reflects the interests of one or another group of participants within the organization.

Universities provide a good illustration of an organization embodying multiple purposes. We might say that the purposes of a university are to educate young people and to conduct useful research. But immediately we need to ask: whose purposes are these? The university president? The board of trustees? The alumni? The employees? The tax payers and private donors? Society at large? The answer appears to be, all and none of the above. Instead of a single overarching purpose to the university, it seems more accurate to say that multiple stakeholders have multiple goals and expectations of the university, and use their various powers to shape its characteristics in ways favorable to the various stakeholders' interests.

Moreover, even if we grant that universities have the function of disseminating and extending knowledge, the subsidiary organizations of the university have only a loose relationship to this macro-function. The processes of tenure and promotion, purchasing, selection of department chairs, governance rules, or student disciplinary procedures -- that is, the academic and business functions of the university -- are themselves the expression of past struggles between agents advocating for their interests. So we shouldn't expect that these subordinate arrangements somehow fit together in a way that is optimal for delivering the primary function of the university. Rather, we might say that a university is a complex of procedures and activities that bear some relationship to education, but that reflect differing and sometimes antagonistic histories of composition.

This discussion underlines several important ideas about social entities: plasticity (institutions are adjusted and shaped by stakeholders), contingency and path-dependence (the particular features of the institution today are the result of choices made in a prior generation), heterogeneity (institutions should be expected to proliferate and differentiate over time; different universities are likely to have significantly different internal procedures); and agent-centered explanations (institutions take shape through the deliberate actions of the agents who populate them).
Posted by Dan Little at 6:41 PM

I don't know if you are familiar with it, but the "Orange Book", Dimaggio and Powell's 1991 The New Institutionalism in Organizational Analysis, has some excellent pieces on institutions more generally, as well as institutionalism in the organizational context. In particular, Jepperson's chapter on different definitions of institutions was really refreshing and incredibly well-argued. Jepperson tries to find an underlying commonality to the different uses of the word, and then suggests we should stick more closely to that definition, while calling specific types of institutions by more specific names.

For Jepperson, an institution is a "socially constructed, routine reproduced (ceteris paribus), program or rule system" which acts as an environmental constraint and comes equipped with a taken-for-granted account for why it exists. The innovative parts of his definition and usage are as follows: (1) The focus on 'routine reproduced'. Jepperson distinguishes action from routine, and suggests that while actions change existing institutions or establish new ones, routines maintain them. Thus, no one has to take action to maintain an institution, e.g. shaking someone's hand is a routine, refusing a hand shake is an action. The second does not come equipped with a taken-for-granted account.

The next innovation (2) is defining institutions relative to a give level of analysis. I believe you would very much like his account, as it has a "levels of the social" feel to it (as does the chapter by Friedland and Alford titled "Bringing Society Back In"). Anyway, Jepperson argues that something (say the hiring practices of a major corporation) may be an institution relative to a given level (the interactions of HR personnel and new hires, say) but not at another level (the federal government, which can institute changes with little resistance).

(3) Jepperson emphasizes (though I did not in the snippet I quoted) that institutions empower as well as constrain. This point is far too often overlooked. We all know organizations, for example, can accomplish tasks that individuals cannot, but we often forget when we start decrying the inertia of institutions.

Hmm, I think that's all I have for now. I highly recommend the chapter, it's one of the most enjoyable things I've read for my prelims so far.