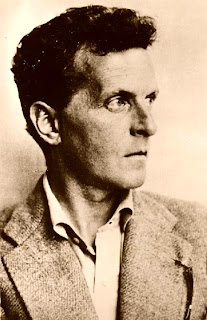 Does Wittgenstein's philosophy in the Philosophical Investigations

have anything distinctive to add to better ways of understanding society? And is there anything in Wittgenstein's philosophy that contributes to the philosophy of social science? (These are different questions, even though they seem to be closely related; the first question is conceptual or ontological, whereas the second is epistemological and methodological.)

There are some reasons for expecting that Wittgenstein's later writings are in fact relevant to non-routinized thinking about the social world -- perhaps in ways that have not been highlighted in existing discussions of his thought. For example -- his understanding of language as a deeply social product; his criticism of naive ideas about "meaning" in language; his idea of language games; his critical discussions of "following a rule"; his thoughts about the interpretation of behavior; his idea of a set of social practices setting a context for action and meaning; his notion that learning a language is learning a way of life; ... -- all these threads have some suggestive implications for how to think about social behavior and the social world.

These questions have been raised before, of course; most famously, by Peter Winch in The Idea of a Social Science and Its Relation to Philosophy. Winch's main line is to insist on an anti-positivist grounding for social "science", and to offer a determined critique of the idea that the social sciences should resemble the natural sciences. Instead, Winch argues that the social sciences should model themselves on philosophy. He pays a great deal of attention to the question of defining action and rationality, and in "Understanding a Primitive Society" (American Philosophical Quarterly 1964), he brings in the anthropological descriptions of Evans-Pritchard and other anthropologists who emphasize the radical differences that apparently exist across conceptual systems (magic, rationality, ...). This is probably the most celebrated effort to link Wittgenstein's thought to the social sciences, but I'm not sure it adds much to the conversation today.

But another very interesting effort that takes off from Wittgenstein's philosophy and tries to draw out some implications for social philosophy is Hanna Pitkin's Wittgenstein and Justice: On the Significance of Ludwig Wittgenstein for Social and Political Thought

. This is a truly valuable and original book, and well worth working through. Pitkin's central goal is to make a contribution to the foundations of political theory by thinking carefully about Wittgenstein's philosophy of language and behavior. (A lot of her work here is inspired by Stanley Cavell's readings of the Investigations.) Here is how she begins:

It is by no means obvious that someone interested in politics and society needs to concern himself with philosophy; nor that, in particular, he has anything to learn from an obscure, misanthropic, enigmatic philosopher like Ludwig Wittgenstein, who never wrote about such topics at all. Wittgenstein's interests were philosophy itself, language, and the relationship between the two. Yet his investigations can yield insights of the most fundamental significance for social science or political theory.... What he has to offer is something like a new perspective, a new way of seeing what has always been visible, what has gone unnoticed precisely because of its familiarity. (1)

This book is genuinely original, and Pitkin makes a whole series of connections between Wittgenstein's thought and some difficult problems in the definition of political theory.

So there are some existing efforts to connect Wittgenstein's thought to the challenge of understanding society. But let's ask the question anew: is there anything in Wittgenstein's philosophy that is a fertile source of ideas for analyzing, conceptualizing, imagining, and explaining society?

I don't think that Wittgenstein has much to offer on the subject of the methodology or epistemology of social knowledge -- how we acquire and justify beliefs about society. Wittgenstein wasn't much interested in the question of empirical justification of belief, and I don't think he was especially receptive to the effort to create a rigorous philosophy of science that was the primary task of Vienna Circle philosophy. If anything, this task lines up better with Wittgenstein's thinking in Tractatus Logico Philosophicus

, but it doesn't resonate with the Investigations.

But I'm more intrigued by the notion that there may be pervasive metaphors and mental frameworks in Wittgenstein's writings that offer a different way of thinking about social behavior and social interaction. That is, there may be a fragmentary social ontology in Wittgenstein's thought that pushes new thinking. So a question worth posing is this: does Wittgenstein provide any new insights about how to characterize or understand social world? And I'm inclined to think that he does -- for example, in the form of his ideas about rule-following, social practices, family-resemblance concepts, and understanding other minds.

That notion is never explicitly defined, and we should not try to force more precision from it than its rich suggestiveness will bear. but its general significance is clear enough: human life as we live and observe it is not just a random, continuous flow, but displays recurrent patterns, regularities, characteristic ways of doing and being, of feeling and acting, of speaking and interacting. Because they are patterns, regularities, configurations, Wittgenstein calls them forms; and because they are patterns in the fabric of human existence and activity on earth, he calls them forms of life. The idea is clearly related to the idea of a language game, and more generally to Wittgenstein's action-oriented view of language. "The speaking of language, he says, "is part of an activity, or of a form of life." (132)

To me, anyway, this is an important idea; it provides a different way of locating individuals and their subjectivity within a broader social, inter-subjective context. Neither individual nor collectivity is privileged; instead, we have a conception of a mutual "society-making" through the intentional and oriented actions and thoughts of multiple social beings. We can ask whether this concept bears any relation to the idea of a mentalité (discussed in a previous posting). And we can ask -- does Wittgenstein imagine one form of life or many, corresponding to the circumstances of different historical and cultural settings. Answering this question goes a way towards deciding whether we need a single social science or multiple ethnographies.

Another line of thought is also helpful: Wittgenstein's deep critique of the search for philosophically simple theories (of meanings, concepts, or theories); and in place of logically simple analysis, his suggestion of social life as an overlapping set of practices and uses with no underlying essence. This is the most obvious contrast between the Tractatus and the Investigations; the former tries to give a single, logically austere definition of language and meaning; whereas the latter understands language more along the lines of an old, medieval city, with criss-crossing layers and paths -- a messy, complex, and somewhat contradictory reality. (Pitkin suggests this in highlighting the contrast between Roman-law and common-law systems; the former proceed on the basis of logically articulated principles, and the latter on the basis of overlapping and sometimes contradictory precedents; 50.)

There are probably another half-dozen threads and metaphors that could be highlighted as well.

So there probably are new insights to be gained from Wittgenstein about society. It is worthwhile to do a careful re-reading of the Investigations with a fresh set of eyes: what is the framework of thought in terms of which Wittgenstein thinks about social relations, social interpretation, and social action? How can some of these ideas give us some new insights into the task of framing an adequate social science? And how would some central tenets of current philosophy of social science look when treated from the point of view of the Investigations?

You might want to give a look at David Bloor's Wittgenstein, Rules and Institutions if you are interested in the social ontology that can be derived from LW's writing.